The expertise you need. The justice you deserve.

I began my career as an Assistant Public Defender at the Miami-Dade Public Defender’s Office, where I provided legal representation to those accused of committing criminal offenses ranging from juvenile offenses and misdemeanors to serious felony crimes. While working at the Public Defender’s Office, I handled hundreds of criminal matters and tried over 25 cases to verdict. Most notably, at the end of my tenure as an Assistant Public Defender, I successfully argued a motion to suppress physical evidence, several pounds of marijuana, and years later that decision was upheld by the United States Supreme Court.

Since leaving the Public Defender’s Office, I have gained a tremendous amount of civil litigation experience, both defending and prosecuting personal injury claims. In 2008, I helped litigate an asbestos exposure trial in which the client was diagnosed with mesothelioma, a deadly type of cancer. That trial resulted in a $24,170,000 verdict for the Plaintiff. I also represented major cruise lines in federal personal injury cases. Since then, I have been zealously representing the injured in personal injury matters and the accused in criminal matters, obtaining favorable results for my clients for many years. 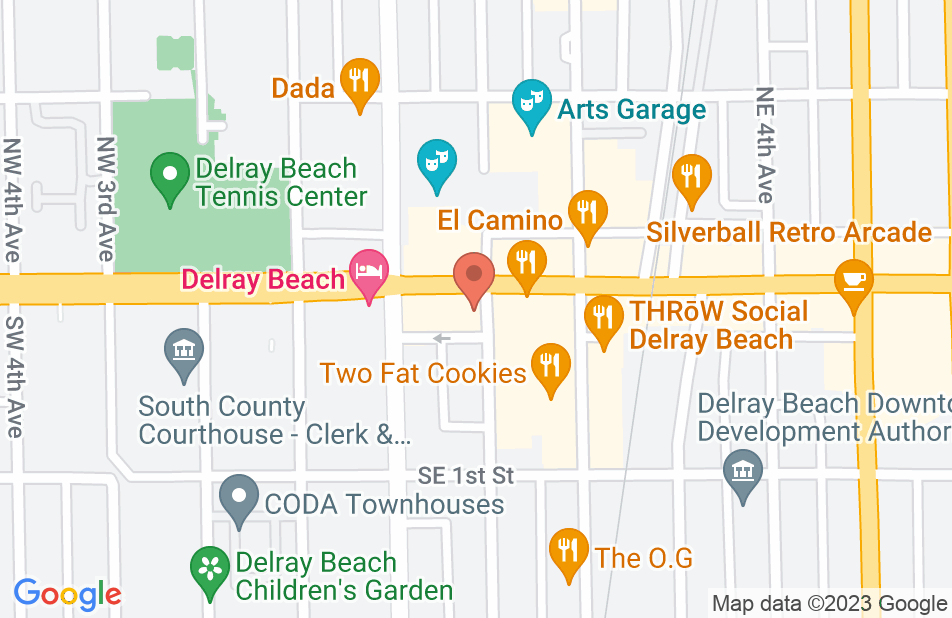 I was involved in an automobile accident. When my medical bills were not being paid I had to call a lawyer. Thankfully I called Mr. Steinberg. He was very helpful and caring and was able to have my bills payed. I would definitely recommend Brett.

Mr. Steinberg handled my legal case quickly and efficiently. He was always available to answer any and all of my questions. Mr. Steinberg maintained a high level of integrity during the entire legal process. I was very happy with the outcome and should I ever need legal advice in the future, my first call will be to his office.

Hi, my name is eduardo and I was represented by Mr. Steinberg. Overall, I can say this man will guide you through the deepest depths of litigation hell with the most sheer sense of confidence and know how. I felt , at every point, as though I was in the hands of a professional that could battle the arduous tasks of being your representative. If in any case I ever recommend anyone, Brett Steinberg is my "go to guy"! Thank you so much Brett for helping me through my situation and I hope at some point in the future, if needed, you could help me again.

Brett is knowledgeable and extremely responsive. Brett is easy to understand and always kept me informed on what was happening with my case. He made me feel as though I mattered. Brett is a real person who connects to his clients. I highly recommend him to my friends and colleagues.

Brett was professional and personable. I felt more like Brett was a family member looking out for me instead of a lawyer hired to do a job. I would recommend Brett to anyone looking for the best experience in a bad situation.

Brett was very professional and knowledgeable from the moment I met with him to discuss my case. I later learned that he is a smart, caring and very attentive attorney. I knew myself and my case was in good hands. He was always available if I had any questions or concerns. He guided me through every step along the way. My case was settled in a timely manner and I couldn't be happier with the results. I would and am recommending everyone I know to this amazing attorney. Thank you, Brett Steinberg.

Brett Steinberg is one of the finest trial lawyers I have ever had the privilege to be in a courtroom with. His skill in court is only surpassed by his unwavering desire and drive to get the best possible result for his clients.

Brett is an intelligent lawyer who works hard for his clients. I highly recommend him.

Brett Steinberg is an extremely capable and compassionate lawyer. He cares deeply about his clients and works hard to get them the best result possible. Insurance companies recognize that he is smart and aggressive in moving his cases towards trial, and that he will never recommend that his client accept a "low-ball" offer just to close the file. If you hire Brett to represent you will not be disappointed. I can wholeheartedly endorse Brett Steinberg as a very skilled personal injury lawyer.

I endorse this lawyer. Brett is a knowledgeable, ethical and strong attorney. I would highly recommend him.

I endorse this lawyer. Brett is one of the hardest working, most conscientious attorneys I know. He is an absolute asset for any client.

Brings integrity into the profession. A strong advocate and very protective of his clients. respectable and reputable in the community. I endorse this lawyer.

Brett has been a mentor and friend for years. I have seen his work product first hand, and witnessed the great results he gets for his clients. Most importantly: he listens. Highly recommended.

I endorse this lawyer. Mr. Steinberg is an experienced personal injury attorney that puts his clients first.