Clifford R. Mermell, Esq., created the law firm of Gillis, Mermell & Pacheco, P.A. on March 1, 1996, over 21 years ago. Mr. Mermell has been the senior and managing partner of the firm since its creation. The firm was created to champion the rights of injured workers. 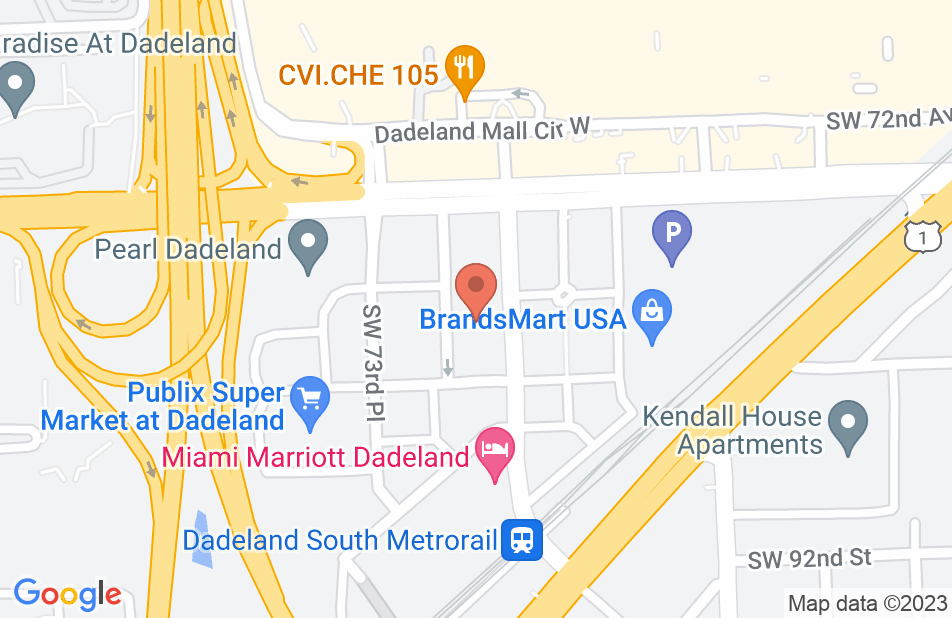 I hired Gillis, Mermell & Pacheco to take care of my defense base act case because I was overwhelmed. I had very serious injuries and lost my eye. Clifford Mermell and David Pacheco are excellent lawyers. They took care of me and cared about my case. They made me feel very comfortable and that I was in good hands. I highly recommend them to anyone injured in Iraq, Afghanistan, Kuwait or anywhere overseas. You can find them at www.dbalawyers.com.

They took care of me ten thousand miles away.

Mr. Mermell, and all of his staff were so knowledgeable of what I needed to have my case completed in a timely manner. They made sure that I was comfortable at all times dealing with my pain and injury. His staff kept me informed of everything that was going on. Even though I was still overseas the time of my injury and had surgeries there. They took care of me ten thousand miles away. To anyone out there that is in need of good representation, please give Mr. Mermell and his staff a call ASAP. My name is Jonathan, and I approve this statement.

Mr. Mermell is the kind of lawyer that goes above and beyond what is asked of him. My friends told me great things about him, but my personal experience was far better than what they had even said. My defense base act case was not easy. He stayed with it and he stayed with me through the end. My result was amazing. I am telling my friends and anybody who needs a good lawyer to go see Mr. Mermell.
This review is from a person who hired this attorney.
Hired attorney

I was referred to Gillis, Mermell & Pacheco law firm by a co worker. Mr. Mermell worked on my Defense Base Act case. I was injured while working in security in the Middle East. Mr. Mermell and his firm worked hard for me and came through for me in the end. I got a great settlement and got the insurance company off my back. What a relief. I am able to move on with my life. I recommend this firm to workers injured in the Middle East or anywhere overseas.
This review is from a person who hired this attorney.
Hired attorney

I am from Bosnia, injured in Bagram Afghanistan, and very happy with my Defense Base Act lawyer

Mr. Mermell and his son handled my Defense Base Act case. Mr. Mermell has 31 years of experience handling Defense Base Act cases. It showed in my case. He was strong and confident and got me a great result. His son Mason was compassionate and understanding with my situation. He was very patient and answered all of my questions quickly and thoroughly. They guided me through this difficult time to reach a great result that has allowed me to move on with my life. I am recommending Mr. Mermell and his son to any Bosnian man injured in Afghanistan or anywhere overseas.
This review is from a person who hired this attorney.
Hired attorney

Mr. Mermell handled my Defense Base Act case. I was injured in Kuwait while working a as a security specialist. Mr. Mermell walked me through my case step by step. He won my case for me and explained everything to me carefully. I am 100% satisfied with Mr. Mermell and his staff. I am recommending Mr. Mermell to all contractors injured while working overseas.
This review is from a person who hired this attorney.
Hired attorney

Satisfied client of Gillis, Mermell & Pacheco for handling my Defense Base Act claim

I was working in security in Afghanistan where I got injured. I found this firm through an internet search. I am completely satisfied with the way my Defense Base Act case was handled from start to finish. These lawyers really know what they are doing. They are efficient, professional, knowledgeable and they got the job done for me. I am recommending them to my overseas contacts.
This review is from a person who hired this attorney.
Hired attorney

These lawyers helped me since 2017 with my Defense Base Act case. They are very professional and compassionate. They took good care of me and my case. They helped me resolve the whole case to my satisfaction. I recommend them to any injured workers injured overseas.
This review is from a person who hired this attorney.
Hired attorney

Expats injured in Afghanistan: This is the lawyer for you!

Mr. Mermell has a great law firm for representing civilian contractors and expats like me for when we get injured while working oversees. This was my first time suing an insurance company. Man did they give me a hard time. They put me through the grinder twice. But Mr. Mermell and his law firm, especially Gladis and Mason, hung in there and fought them at their own game. Mr. Mermell knows all of the tricks and games they play and he straightened them out for me. I got my benefits and I got a settlement that was about 7 times what Ithought it would be. I am recommending Mr. Mermell and his firm to any expats injured in Afghanistan or anywhere overseas.
This review is from a person who hired this attorney.
Hired attorney

Mr. Mermell helped me with my longshore claim. My claim was denied because of a prior injury. Mr. Mermell fought for me and won my case. He was reliable and determined. I recommend him to my longshore brothers for any injuries at the port.
This review is from a person who hired this attorney.
Hired attorney
See all reviews

I endorse this lawyer. Cliff is an expert in the field. He is highly respected among his peers and adversaries alike. His tenacity coupled with his command of the law makes him a highly sought after lawyer in the community. Cliff gets top results for his clients and always ensures that his client's best interest is in the heart of everything that he does.

Mr. Mermell is a hardworking and extremely well-informed attorney who always puts his client's interests first. His results are top notch.

Ciff Mermell is a highly experienced and skilled attorney. He is recognized as an aggressive and effective advocate for his clients.

I endorse this lawyer.He has appeared before me when I was a State Judge of Compensation Claims and he was always prepared and a caring and skilled advocate.

I highly endorse this attorney. He appeared before me in representing claimants in several federal workers' compensation cases when I was an ALJ. He was always well prepared and demonstrated an expertise in handling cases in that area of practice. Mr. Mermell always was respectful of the court and his adversaries, yet passionate in representing the interests of his clients. He also has participated in mediations when I was an ALJ and now in my private business of providing mediation services in federal Longshore and Defense Base Act cases. He has shown that he is as adept in settling cases for his clients as he was in litigating these cases.

I endorse this lawyer. Excellent advocate with the highest degree of ethics.