I Lead, I Guide, And I Fight To Achieve Results For My Clients.

Alan is a leader and advocate who utlizes advanced communcations skills, long term strategy, and legal accumen to acheive results for his clients.

Alan’s hometown is Orlando, Florida. Prior to his birth, his family lived in Orlando, but then moved to Agana, Guam, where Alan was born.  After living two years in Guam, he and his his family moved to Puerto Rico, where they lived for two years, before returning to Orlando permanently.

In high school and college, Alan was extensively involved in the Boy Scouts of America, including achieving the rank of Eagle Scout and serving as a regional and national youth and adult leader.  After high school, Alan attended his local state university, the University of Central Florida (UCF), graduating with a Bachelor of Arts degree in English and Legal Studies in 2002.  While at UCF, Alan was extensively involved in many on and off-campus activities, such as competing in the school’s undergraduate trial team, contributing to the Florida 2012 Olympic Bid Committee, serving as a Resident Assistant, and working as a part-time paralegal for solo and small firm practitioners.  After working as a full time paralegal following his collegiate studies, he attended Mercer University School of Law in Macon, Georgia. There, he competed in the school’s moot court team, earned a Certificate in Advanced Legal Writing, Research, & Drafting, and received a Juris Doctor degree in 2006.  He is a member of The Florida Bar and the United States Court of Appeals for the Armed Forces.

While at Mercer Law, Alan began his service in bar associations, particularly the American Bar Association.  From 2004 – 2006, he served as the Law Student Division Liaison to the Solo, Small Firm & General Practice Division, where his activities included creating and developing the GP|Solo Law Student Mentoring Certificate Program.  Since then, Alan has and continues to be extensively involved in the Division’s governance and programming, including being elected to the Division’s Council as the youngest attorney and only Naval Officer in the Division’s history and serving as its first Managing Director (a position akin to a Chief of Staff).  Likewise, Alan served as a leader in the ABA Young Lawyers Division, including serving as the national young lawyer representative of United States Armed Forces and Federal Bar.  And, he serves on the Board of Governors for The Florida Bar Young Lawyers Division.

Alan began his United States military career while studying at Mercer Law.  During his second year in law school, he was commissioned into the Judge Advocate General Corps of the United States Navy.  He attended Officer Indoctrination School in October 2006, shortly after getting married, and Naval Justice School in January 2007.  In April 2007, he reported to Naval Station Everett, Washington to serve in the branch office of Naval Legal Service Office Northwest.  There, he practiced military justice (criminal) defense and legal assistance and also served as Branch Head.  In February 2009, he returned to his home state and reported to Key West, Florida to serve as Staff Judge Advocate to Naval Air Station Key West, which is akin to practicing as an in-house counsel to a municipality. Recently, Alan became the President of the Military Officers Association of America's upstart Florida Keys Chapter.
​
In July 2012, Alan bid farewell to the United States Navy, at least as an active duty Naval Officer.  He exited the Naval Service to pursue a civilian legal career.  He continues his military career in the U.S. Navy Reserve Component.  He was recently named President of the upstart Florida Keys Chapter of the Military Officers Association of America.
​​
Alan loves the food, wine, craft beer, reading, writing, and travel.  He is an avid scholar of leadership, communication, and entrepreneurship.   Alan is married to Kelly Erickson Fowler of Orlando, Florida, who also graduated from the University of Central Florida.  Like Alan, Kelly is an entrepreneur in her right - she is the Founder and Operator of Just Save the Date: Event Planning & Design. The couple resides in Old Town Key West.​ 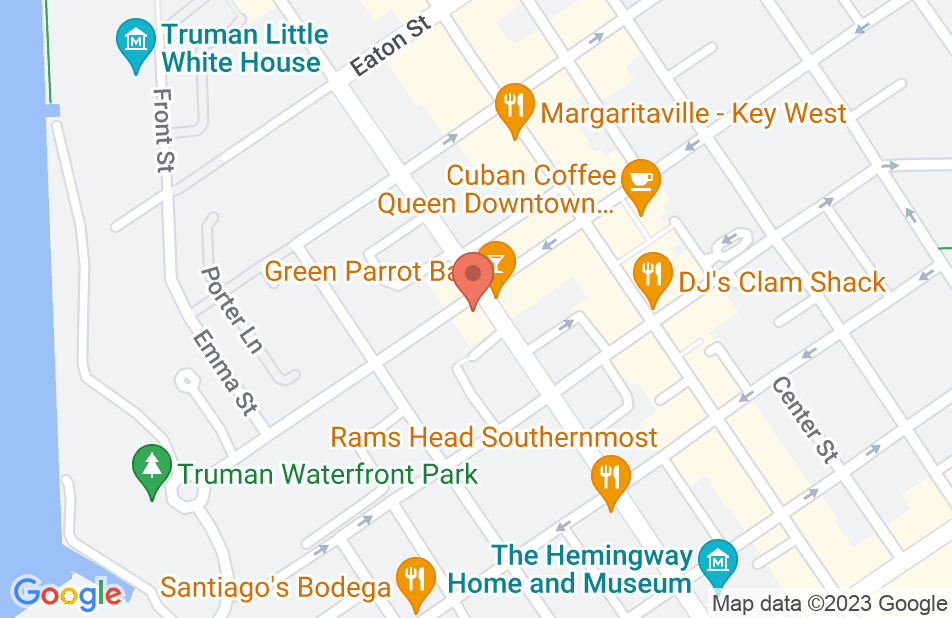 I can not thank Alan, Brian, and the team enough for working with me and defending me. I was wrongly arrested last year and due to their experience and knowledge, the charges were dismissed. Alan and his team made it a stress free process during an extremely difficult time. I appreciate the attention, responsiveness, communication, and overall professionalism that I received. Alan said he was going to do something and followed through, trustworthy firm and good people. Thanks KWCD!!
This review is from a person who hired this attorney.
Hired attorney

Alan and Joe and everyone I talked to at the firm were professional, always informative which was nice because I have never gone through anything like this before. It really made the process of it a lot less stressful than I originally thought it would be. I will highly recommend them to anyone I know in the key west area. The service they provided was worth every penny and then some.
This review is from a person who hired this attorney.
Hired attorney

Alan and his associates did an incredible job for me saved me time and money always got back to me whenever I called.i would recommend him to anyone.
This review is from a person who hired this attorney.
Hired attorney

Alan was amazing helping me through my process. There were many obstacles along the way and Alan was always ready to help while making me feel like I'm in good hands. I would recommend everyone to this law firm because of the personal relationships they develop with each of their clients
This review is from a person who hired this attorney.
Hired attorney

Alan and his team in less than 2 weeks got everything dropped and no charges were filed. After being falsely arrested in Key West, Alan and his team jumped all over the case immediately and are now fighting to get the arrest expunged asap. Working with Alan and his team gave me the peace of mind that I could move on with my life and put this behind me. It's great peace of mind knowing that if anything from this case ever comes up again, Alan and his team will handle it. I highly, highly recommend this law firm if you ever need a good Criminal Defense lawyer in Key West. Thank you Alan and team for exceptional results!
This review is from a person who hired this attorney.
Hired attorney

Really came through for me

I was wrongly accused of a felony charge, and subsequently arrested. Alan was able to get the charges dropped and the arrest expunged. I can not recommend him highly enough!
This review is from a person who hired this attorney.
Hired attorney

Alan helped us navigate a very old legal issue with Monroe County successfully. We had tried on our own for years to deal with them but had no luck. He walked us through the options and stayed by our side through the whole process until everything was dismissed. Would definitely recommend him to help with any legal issues in the area.
This review is from a person who hired this attorney.
Hired attorney

Like most people, when you read reviews you always hesitate. But i can say from personal experience that Alan will not only get to know your case, but he will care for it like you’re Family. Consultation was free and i did not feel pressured to use him. What made me want to was the simple fact that he seemed confident to get my case dismissed. And he did. he did a great job and was very responsive to all of my questions. I strongly recommend using him.
This review is from a person who hired this attorney.
Hired attorney

After getting in to some trouble in Key West, I contacted Alan the following day. He quickly calmed my nerves and walked me through everything that needed to happen to resolve my case. After speaking with then hiring Alan, I knew I was in good hands. I do not live in Key West and Alan made sure I never had to travel back for any court appearances. Everything went exactly as Alan had explained it to me and I am happy to say that my Key West ordeal is behind me. Very glad my first call was to Alan Fowler.
This review is from a person who hired this attorney.
Hired attorney

Alan was generous and a complete professional. He, and his team, preformed like a well oiled machine, precise and efficiently. My circumstance was far less stressful after I hired Alan, and quickly resolved.
This review is from a person who hired this attorney.
Hired attorney
See all reviews

Alan is an excellent lawyer and works hard for his clients. We confer on matters and the team at his office is second to none. Fowler law is a top notch defense firm.

Alan is passionate about helping people solve their problems. He is a zealous advocate on behalf of his clients. He is a "think outside the box" kind of guy who can get results. I highly recommend Alan to anyone needing representation in this area of the law.

Alan is an excellent lawyer and a person of the highest quality. He is a skilled legal professional, a keen businessman, and a dedicated servicemember who exemplifies the values of honor, courage, and commitment in everything he does.

Alan is a terrific advocate for his clients. He is a very driven individual who does a great job focusing in on the core legal issue his clients are facing. He's very involved in the community and the American Bar Association. He is a fantastic lawyer.

I endorse this lawyer. Alan is an excellent advocate, and a wonderful colleague. He is very involved in the legal community, and goes well beyond most to stay on-top of current legal issues. I fully endorse Alan without hesitation.

I endorse this lawyer. Alan has a true command of the issues his clients face. He has a strong work ethic and is empathetic to his client's needs.

Alan is a long-time friend and respected colleague. His professionalism and sound judgment are unparalleled.