Michael is a life long Florida native, born in a solid blue-collar suburb.  From a young age Michael understood the value of hard work, learning with his father in the construction industry. His sense of service and commitment to helping others inspired him to join the military shortly after 9/11.  Michael supported combat search-and-rescue and counter-terrorism operations as a United States Air Force airborne radio operator aboard H/C-130/p aircraft, where he learned many life lessons and values that he takes with him throughout his law practice.

After graduating in the top ten percent of his class, Michael worked in the Ninth Circuit State Attorney’s Office, where he learned critical trial skills in the direct and cross examination of hostile witnesses and experts.  Using this foundation, Michael moved on to work for a top civil trial firm which represented Fortune 500 auto manufacturers in roll-over crashes and tire manufacturers in blow-out cases resulting in death or great bodily harm.  Michael saw first-hand how the rich and powerful can use their unlimited money and resources to bury the little guy.

These experiences have seasoned Michael in making YOUR presentation of the evidence before a Judge in your family law or criminal law case.  In the family law arena, Michael has regularly stood up against the fancy high priced law firms in town and has been victorious many times.  He has represented clients in complex divorces and highly contested family law cases.  He has also represented clients charged from misdemeanor offenses to felonies punishable by life.  Michael is well versed in highly contested cases, as referenced by his more then 60+ five star reviews on Avvo, along with a 10/10 Superb Rating.  He was also awarded the Legal Elite award and featured in Orlando Style Magazine in 2016.

When you’re at the worst point in your life, or facing serious legal problems, that is the time to get Mike on your side, fighting for you when you need it most. 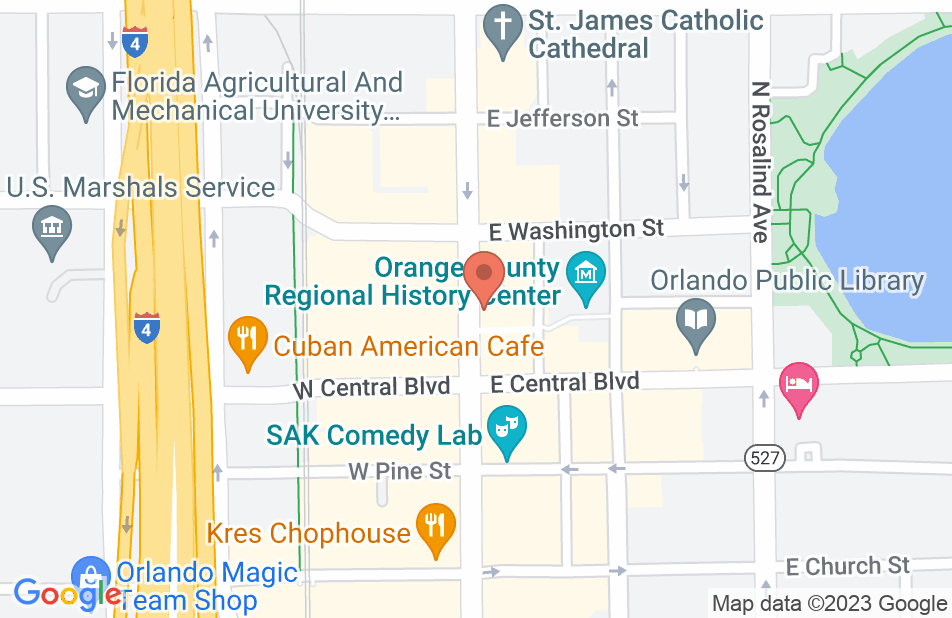 Mike did everything for us he said he would Mike got my rights as a father I would use him again, he is a person who says what we will do and then follow through absolutely and relentlessly
This review is from a person who hired this attorney.
Hired attorney

Michael did a phenomenal job with my divorce. He was very detailed about the whole process And took the time with me . He won my case I would recommend him to anyone. It was a pleasure to do business with him .
This review is from a person who hired this attorney.
Hired attorney

This is my first case with Mr. Mackhanlall and I found him to be very courteous, efficient, knowledgeable and prompt. I would recommend him to anyone, anytime. THANK YOU FOR YOUR SERVICE MR. MACKHANLALL. Pando.
This review is from a person who hired this attorney.
Hired attorney

I am not the kind of person to write reviews. Yet in this case, this review has been earned. My teenaged daughter and I were in the US as expats with the L1 visa. My daughter as a young student, came into some troubles with the law. As a single parent I was desperate, very troubled and concerned on how to handle this. As expats, living in the US for less than a year, we did not have any family here or someone we could trust, to whom to turn to. I was recommended another lawyer who really made a terrible mess of this case, who to the contrary, placed my daughter in even more serious trouble than she already was. At hindsight, I made the right decision at right time to change attorney. I found and we met with Michael Mackhanlall. After listening to us and examining our case, very skillfully, with patience, with reassurance and with a high degree of humanity Michael guided my daughter and I to a good outcome of her legal case. My daughter did not lose her visa, she was able to stay in the US. For parents going through similar situations, I very highly recommend Michael Mackhanlall to assist you with your case. Michael, thank you so very much.
This review is from a person who hired this attorney.
Hired attorney

Michael communicated upfront what to expect with my divorce and that's exactly what I got. The entire process was easy to navigate thanks to his help. I couldn't have asked for a better lawyer. Thanks Mike!
This review is from a person who hired this attorney.
Hired attorney

Mike represented me in a case that can only be described as complicated and convoluted. I hired Mike on the recommendation of a trusted friend after I was dragged into a fabricated lawsuit by a professional con artist with a lifelong revenge streak. Mike went above and beyond handling this emotionally charged case with dignity and professionalism. I don’t think I can fully express my gratitude for having this attorney on my side. Thorough, gentlemanly, and highly skilled! Mike is truly a class act and a mighty force for anyone facing a complicated legal battle!
This review is from a person who hired this attorney.
Hired attorney

Michael picked up my divorce case in the middle of a former attorney doing everything possible to stress me out. I immediately contacted Michael and felt at ease with his plan, his competence, his compassion and his follow up. He was honest and straight forward and had my back while I was facing the most difficult time in my life. Dont hesitate to hire Michael. He will not disappoint! Thank you so much Michael for fighting for my peace and happiness in my life when I had l lost my fight. You are an amazing attorney and a very kind and compassionate human being!
This review is from a person who hired this attorney.
Hired attorney

Hiring Mike was the best decision I could have made during my divorce. He finished everything in four months...and I was worried this would take years! He was always (ALWAYS) there for me when I had a question and never made me feel like I was bothering him. He really cared about me, and I knew he had my best interest at heart throughout the entire process. I honestly felt like he was a friend. I couldn’t have done this without him!
This review is from a person who hired this attorney.
Hired attorney

Michael was great with getting my divorce done in an effective and fast manner. He assisted with the best advice on situations that I was totally unaware of and didn’t have a problem educating me on certain things in this process. I truly appreciate his dedication and would recommend him to anyone that need a good quality lawyer.
This review is from a person who hired this attorney.
Hired attorney

Michael has demonstrated knowledge, professionalism and reliability in representing me through a divorce. It was absolutely a privilege to work/hire Micheal with continued confidence and assurance Through out this stressful process. If you measure success by the result then I must say the result of my Legal proceeding was very fair and balanced I was very satisfied with the out come. There are lots of lawyers out there I called and screened so many to help me with such an important legal proceeding. I was lucky I made the right choice. I would highly recommend Michael.
This review is from a person who hired this attorney.
Hired attorney
See all reviews

I endorse this lawyer. He served his country well and judging by his stellar reviews his clients as well. Read them. Endorsements matter but reviews are his legal legacy. You will definitely want a consultation with him. Thank you for your service Michael!

I endorse Attorney Mackhanlall for all areas of his practice. Having worked together previously, I know his determination and work ethic.

First of all let me say that I second all of the comments made below by other attorney’s regarding Mr. Mackhaniall. He is a knowledgable, fair, zealous advocate for his clients. He is professional and highly skilled. And he is determined. But what some people may not know is how much of a truly great human being Mike is. I first met Mr. Mackhaniall in court on a day that I was handling arraignments as a prosecutor. I was struck with how friendly and down to earth he was. He was genuinely happy to meet me and connected with me person to person. I can only imagine if that is how he treats opposing counsel how he must treat his clients. While the big law firms may claim they care about their clients, I’d bet my last dollar that Mr. Mackhaniall really does care about each and every case he handles. You’d be very, very lucky to have him in your corner.

Mr. Mackhanlall and I worked together at a busy personal injury firm in Orlando. He demonstrated, and continues to demonstrate, an astute knowledge of both the law and advocacy. He fights hard to obtain proven, successful results while providing his clients with unmatched attention and service.

I had the pleasure of working with Mike when he was completing a student internship with the State Attorney's Office. I was also able to be opposing counsel to Mike once he became an attorney. Mike's trial skills are second-to-none, and he has an excellent courtroom presence. I highly endorse this attorney.

I endorse Mackhanlall, he is an excellent lawyer and is highly respected.

Mr. Mackhanlall offers experience and knowledge in the field of criminal defense. I respect his legal insight in this field and urge clients to consider him as a top choice for representation in criminal defense for the Central Florida region.

I endorse Michael. Highly respected in the legal community with a strong reputation for client advocacy and dedication.

I endorse this lawyer. He served his country well and judging by his stellar reviews his clients as well. Read them. Endorsements matter but reviews are his legal legacy. You will definitely want a consultation with him. Thank you for your service Michael!

Michael is an honest attorney with great values. I would recommend him any day of the week.

I endorse this lawyer. Mr. Mackhanlall is a hardworking and highly regarded criminal defense attorney.

Michael has a 9.5 AVVO rating

I endorse this lawyer. Talented, tough and thorough litigator.