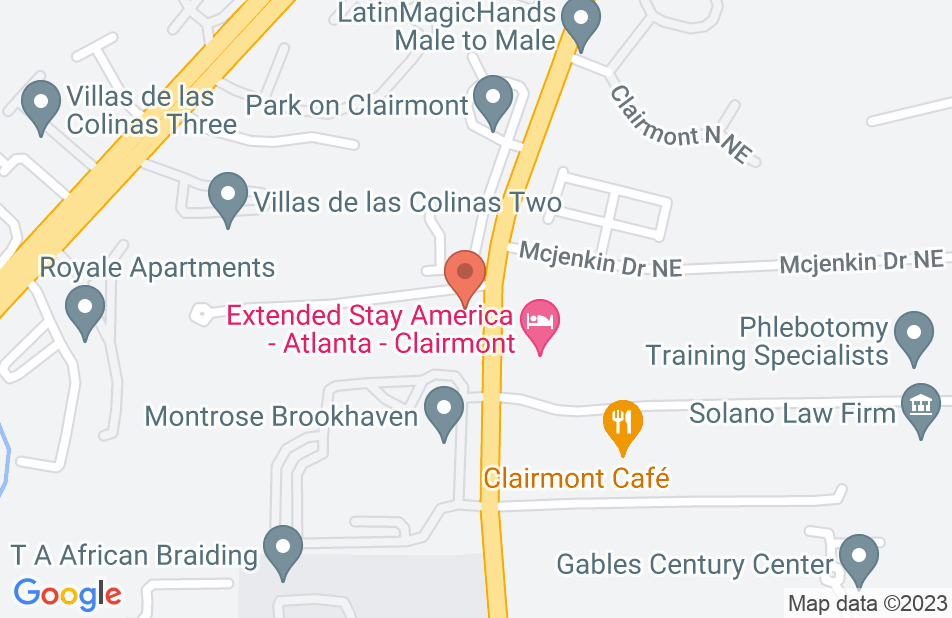 I need to say that our GREEN CARD is in our hands !!!! We are so happy it sounds like a dream. Jean was very honest and committed to my case, always presenting us the best option. Jean kept us informed throughout the process, and when I had questions I got answers quickly by phone and email. You will never find a lawyer more honest, ethical and hardworking. Jean is really amazing at what she does. I recommend Jean to anyone who needs the services of an excellent Immigration lawyer.   I would like to thank Jean for all the support and patience she had with us during this period and I would also like to thank her for the excellent work she and her team have done, her professionalism is incredible. Thank you very much, we are very happy !!!!
This review is from a person who hired this attorney.
Hired attorney

Jean is an excellent lawyer. I have used her firm for my successful EB1A application and also for obtaining 2 H1s(with Audra) at my startup. In all my engagements I have received sound legal advice and best results. Most prominent firms do not take non-phd EB1A cases but Jean not only took my case but she helped win it in the field for business. Unlike other firms that I consulted, I found that Jean really believed in my eb1a case and she worked hard for months to make it a winnable case. She put her years of experience with other similar cases to strengthen my case. Her deep understanding of the EB1A process and criteria was very apparent when she submitted a strong response to an RFE in my case. I highly recommend Jean and Audra for EB1A and H1 cases.
This review is from a person who hired this attorney.
Hired attorney

I knew Jean when I was doing pizza delivery. She and her staff is so welcoming and generous which gave me the trust to hire her for my citizenship. With her help, I got my citizenship. I later come back again for her to file for my son oversea within a year my son came. Because of her dedication and caring for her client which I know, I came again when I met my current beautiful wife to file for her green and today she become a proud citizen like me. Base on my experience with Jean, honestly I will recommend her to represent any one with any form of immigration issue. She knows what is doing.
This review is from a person who hired this attorney.
Hired attorney

The best and respectful Lawyer

I have had success to get my Green Card from EB1. When I started thinking to get my GC I asked my best friend that told me did the same way to get it. After her excellent recommendation I approached Jean Padberg to begin the process for my EB1 and then my Green Card. She was very enthusiastic and helpful in getting my material together for submission. Jean always welcoming to foreign that has a real ability to get the GC. The best features that Jean has for me are : she always working seriously, she is honest and she is very outstanding in everything she does. My family and I recommend her always. I highly recommend her firm to anyone who is in need immigration support. Her years of experience paired with her friendly hard-working staff, made the journey less stressful and my dream of living in the USA a reality.
This review is from a person who hired this attorney.
Hired attorney

Wonderful Service! Don't Hesitate, she is great in service, in organization, and in results.

Definitely recommend her to anyone who is looking for an immigration lawyer. I've worked with different lawyers and she was the best I've ever worked with. She was professional, accurate, and on time. The communication with her and what she needed was so clear that it helped a lot provide them easily. She was so organized and easy to work with. Also, she is honest and right to the point. She doesn't give you false hopes or wrong directions, so if she supports it, you have a great chance of winning. The experience of working with her was so smooth, clear, and pleasant. She knows the process and evaluation factors completely and helps you prepare your case for the best results. She was on time and responsive to the communication. She is so kind and caring about each case. Definitely recommend her to anyone wants to work. Don't hesitate to talk to her and hire her as your lawyer.
This review is from a person who hired this attorney.
Hired attorney

I was searching for an immigration lawyer for Green Card under NIW category; Some of my friends suggested Jean Padberg and Associates as they all successfully got their GC working with her firm. First, Ms. Padberg gave me a free consult session after reviewing my case and told me all strengths and weaknesses trustfully, and the good point was she offered the best solutions for each to organize my files in the best way. I applied concurrent and surprisingly my case was approved pretty soon. She is an experienced and a professional lawyer and very knowledgeable of immigration laws. Most importantly, I can not say enough about her personality. She has this kind and understanding character. She handles each case herself, answers all questions and emails immediately, even the time I was abroad. This great character of her along with her years of experience make the stressful immigration process like a journey when you feel she always supports you. I highly recommend her firm for any immigration support.
This review is from a person who hired this attorney.
Hired attorney

The best lawyer ever!!!

I have been very happy with the service from Jean Padberg and Associates - Me and my wife just got our green cards, and Jean was the one who helped us with our I485 case. She has been very professional and knowledgeable. In particular, I would like to emphasize one aspect of her: her great communication in patiently explaining all the process of the I485. She invested time in explaining us the particulars of our case, even when there was no attorney-client relationship yet: that makes you feel that somebody truly cares about your application. As a final note, I think her legal fees are fair and reasonable, and I highly recommended Jean Padberg and Associates. I can't thank you enough for helping us in our case!
This review is from a person who hired this attorney.
Hired attorney

It was pleasure working with Jean to file our immigrant application. We received timely response on the queries and great help for putting together a compelling application for EB1A (green card). We received our green cards within 6-7 months. Thank you Jean and her team.
This review is from a person who hired this attorney.
Hired attorney

Jean for the win on my EB1A

I wanted to file for my GC under EB1A category as a Postdoc and new entrepreneur. I had been a postdoc at Princeton for 2 years and had cofounded a company less than 6 months at the time when I found Jean through some online reviews. I had approached V Chen's firm but they refused to take my case as I had less than 50 citations at the time. Jean seemed to have won multiple cases similar to my profile (PhD Engineering from a top 5 school, 9 Journal publications, 50 citations, 25 conference talks, 3 patents, 4 journals Reviewer, Media coverage including phys.org, Newsweek, ChemWorld, etc., new start up with 4 employees & some gov. grant money). Jean was great from the very start, very prompt at responding to emails or video chats. Legal fees were more expensive than some others, but she agreed to take 1/4 up front and the rest after I-140 approval. She sent some sample reco letters and requested me to provide drafts of at least 7-10 recommender’s letters. She also sent over the forms and documents needed for filing the I-140. After about a few months of writing the letter drafts, Jean’s edits, sending them out to the recommenders and receiving them back (This is the biggest time bottleneck, which i did not anticipate), we finally submitted the I-140 package in Dec 2016. I had 9 letters at the time. Then the following events occurred: Dec 2016: I-140 premium processing received by LIN NSC. 4/10 categories - Publications, Judge of others work, Major media material, Business contribution Jan 2017: I-140 RFE - “not enough significance of original contribution” Mar 2017: RFE response with another 6 very strong letters from academia & industry, +10 citations, another ~$2M raised in funding for company. Mar 2017: I-140 denied with exact same response from NSC “not enough significance of original contribution” At this time I started panicking. Jean calmed me down and said that we’ll send the exact same package (with not a single thing changed) to TSC. She was supremely confident that the case would get approved at the Texas center, and not to go for a review of the denied I-140 at NSC. I also insisted that we apply for O1A. Jean was initially opposed to O1A application since she completely believed in my case and her ability to win it, but under the circumstances (my H1B at Princeton running out), she agreed to file it using the same package as EB1A i-140. Audra handled the O1A case filing. Apr 2017: I-140 premium processing package received by TSC Apr 2017: O1A premium processing package received by VSC Apr 2017: I-140 approved (in 7 days) Apr 2017: O1A RFE - “role in company as employee or as cofounder” May 2017: O1A RFE response submitted. May 2017: i-485 + EAD + AP applied for me and my wife to TSC Jun 2017: O1A approved. I started working at the company full time. Jun 2017: i-485 Finger printing done Aug 2017: Still waiting for EAD, AP, GC. Jean has been great throughout the process, providing me with information and guidance. I only wish I had pushed Jean to apply for O1A back in Jan 2017 when I got the first RFE. It prevented me from working at the company full time for 6 months.
This review is from a person who hired this attorney.
Hired attorney

Jean was recommended by a friend (postdoc at UTK and Iranian national) who hired her for EB2-NIW and got her green card in less than 6 months (filed I140 and I485 concurrently). In the free consultation through email, she described everything very clearly and precisely, responded to all my emails quickly and honestly. I strongly recommend her for EB2-NIW cases.
This review is from a potential client who consulted with this attorney.
Consulted attorney
See all reviews