Michael Thurmond is an attorney at Butler Wooten & Peak LLP, a nationally known civil trial practice firm that has four times set the record civil jury verdict in the State of Georgia and also obtained for its client the largest collected judgment in U.S. history.

He has distinguished himself as an attorney, author, lecturer and public servant.

Thurmond graduated with honors from Paine College with a bachelor's degree in philosophy and religion and later earned a juris doctorate from the University of South Carolina's School of Law. He also completed the Political Executives program at the John F. Kennedy School of Government at Harvard University.

In 1986, he became the first African-American elected to the Georgia General Assembly from Clarke County since Reconstruction. During his legislative tenure, Thurmond authored major legislation that has provided more than $250 million in tax relief to Georgia's senior citizens and working families.

Following his tenure in the legislature, Thurmond was called upon to direct Georgia's historic transition from welfare to work. He created the innovative Workfirst program, which has helped over 90,000 welfare-dependent Georgia families move into the workforce, saving more than $100 million in tax dollars that have been reinvested in childcare, training and other support services.

In 1997, Thurmond became a distinguished lecturer at the University of Georgia's Carl Vinson Institute of Government. The following year, he was elected Georgia Labor Commissioner.

During his three terms as labor commissioner, the Labor Department went under a significant transformation in customer service and efficiency. Unemployment offices were transformed into state-of-the-art Career Centers focused on getting jobless Georgians back to work as quickly as possible.

Thurmond took a two-year leave from BWCP to serve as Superintendent to the DeKalb County School System, the third largest in Georgia.  He did a tremendous job in this capacity. Thurmond helped turn the troubled school district around with graduation rates rising from 57% to 62% in 2014 and turning the $14 million deficit into an $80 million surplus. He was quoted saying, “I’m a better person now than I was Feb. 8, 2013. I spent 35, 40 years in politics. From a very young man, I spent time with my eyes firmly fixed on the next election, even when I won. Here in DeKalb, I’ve been granted the privilege of focusing on the next generation. That’s so much more rewarding to me."

Thurmond is a member of the Ebenezer Baptist Church West of Athens. He and his wife Zola are the proud parents of a daughter, Mikaya. 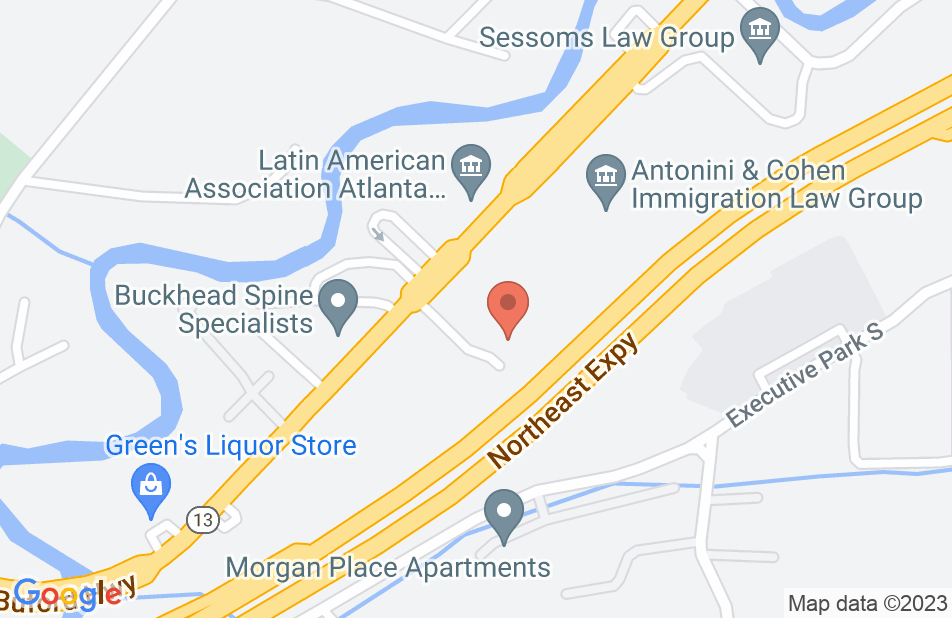 Mr.Thurmond i would like to take a moment to thank u again for the help of my lost son. .Also i hope u and family are doing well..you are not just a friend. you are a blessing...you will always be my Angel..Thank again
This review is from a person who hired this attorney.
Hired attorney

Mike is an outstanding attorney and he works extremely hard to maximize the recovery for every client he represents.

Anyone who has seen Mike in action knows he is excellent at getting results. He has incredible instinct and judgment that are huge assets to his clients. He is trustworthy and dedicated.

Mike has proven to be a superb public leader and an excellent trial attorney. I have been fortunate enough to see his effectiveness first hand as he is truly one of the brightest and hardest working attorneys available. Any client of Mikes will be well-served, that's for sure.

Mike has a long history of fighting for justice both in the public service arena and in the court room. His tireless dedication and achievements have earned him wide recognition and respect as a trial attorney and a leader in Georgia. I strongly recommend Mike to any client looking for exceptional representation in a personal injury matter.

Mike is an exceptional lawyer who gets the job done. In addition to his skills as a lawyer, Mike has also excelled as a dedicated public servant. You will be well served if you hire Mike.

Mike is not only a tremendous public servant and leader in this State, he is also an excellent lawyer who really cares for his clients. Mike is undoubtedly someone who will go to bat for his clients to get them everything they deserve.