Molly Hiland Parmer is an accomplished criminal defense attorney with experience in both state and federal court. She was born and raised in Chicago and has lived in the Atlanta area for the past 25 years. She graduated with high honors from Georgia Tech, earning a Bachelor of Science in 2004. After college, she taught special education in Atlanta Public Schools. Molly was named a Robert Woodruff Fellow – the highest honor bestowed on an incoming student – at Emory University School of Law, where she received a full-ride scholarship. After graduating with honors from law school, she worked as a public defender in DeKalb County. She tried a number of cases in DeKalb, including a murder trial that resulted in a not guilty verdict. She joined the Federal Defender Program in the Northern District of Georgia as a trial attorney in 2015. There, she defended those accused of drug trafficking, international money laundering, war crimes, violations of human rights, firearms violations, immigration offenses, child pornography, and allegations of white collar crime, to name a few. She is a graduate of the Bill Daniels Trial Academy, the National College of Criminal Defense, and the White Collar Crime College presented by the National Association of Criminal Defense Lawyers. She teaches Trial Techniques and Legal Professionalism at Emory Law, has presented seminars on criminal defense for Lawyers for Equal Justice and the Georgia Association of Criminal Defense Lawyers, and presently serves on the board for the Georgia Innocence Project. 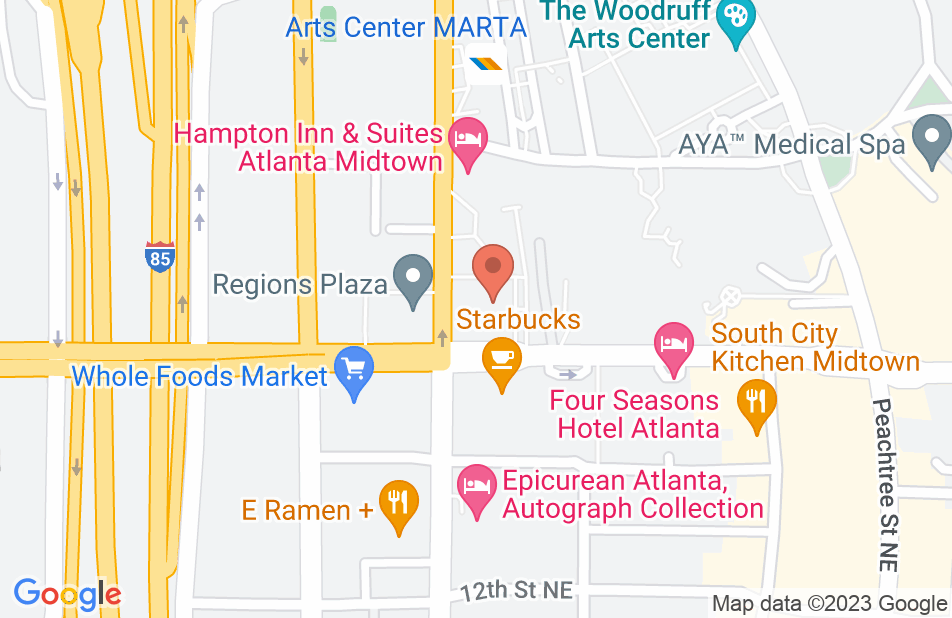 Better than I expected

When I needed an attorney, I contacted ones that I knew or were recommended. After talking to a few, a good friend said that Molly was the best and highly recommended. That was a correct statement. From the first call she was on top of my case. The attention that I received was unexpected. Anytime I tried to contact her I was connected quickly. My case was cleared rather quickly with me being kept informed every step of the way. I would use her again and recommend to anyone needing help.
This review is from a person who hired this attorney.
Hired attorney

My first time in need of an attorney. Very trustworthy and dependable. Went through my case determined to fight for me. Putting in countless hours filing motions. Explaining everything to me helping me to understand it. She handle my case like it was personal to her and not a job. She is well respected in the courtroom by judges and prosecuting attorneys.
This review is from a person who hired this attorney.
Hired attorney

Best Attorney by far to have on your side!

No one wants to ever need an attorney. However, if you do find yourself in need, Molly is the most dedicated and professional attorney that I have ever worked with. She is dedicated and the fact that she loves what she does shows in everything that she does. I would recommend Molly to anyone with any problem. I will never be in court again without Molly by my side.
This review is from a person who hired this attorney.
Hired attorney

Top of the line.

In October 2017, I hired Molly for my legal case against the feds. She did a phenomenal job with my case. I had no idea what I was in for when I was charged. When I hired her, I felt like I was beyond the limits of help and that there was no coming back. Molly changed that for me. She guided me through the case and explained every detail of what to expect. She turned my whole mindset about my case around. During our first bond hearing, Molly cross examined a witness the prosecutor brought in and from that moment I knew I had hired the right attorney. The court recognized that the witness had no reason to even take the stand. During the next bond hearing, Molly came to court ready to battle. The prosecution lied to the court spouting out egregious false allegations and she took them out at every turn. The prosecutors were reprimanded on the spot. Molly did an amazing job in court. She got me out on bond without hesitation. During my time on home detention, I had moments where there wouldn’t be anything going on the case but each time I called her, she had something new she was working on and was preparing for any situation that we may encounter at the next hearing. At the end of my case I was looking at 8+ years of incarceration and life time registry as a sex offender. Molly was able to get the indicted charge changed and I was only sentenced to 1 year of home detention with a low-level sex offender registry. She has a strong tenacity to defend her clients with every fiber of her being. When I first met Molly, she said she does not take time off. She told me she works on her cases at home and on the weekends. Her extensive knowledge of the criminal justice system is apparent when she meets with you to discuss your case. She was able to tell me about a vast majority of the cases she had read through to prepare for my case. She had quite a few charts that she had put together to compare my case to others. Her approach to her career is top of the line professional. Molly changed my life. I am so very glad that I was able to have her in my life throughout my case. She gave me back so much of my life by defending me in federal court. I could be locked away but because of her, I am out in the world succeeding. If I could rank her with more than 5 stars, I would probably rank her at 100. I highly recommend you hire her. She is a top of the line criminal defense attorney. You would be wrong to pass up an opportunity to have Molly Parmer defend you in court.
This review is from a person who hired this attorney.
Hired attorney

If you haven’t already heard about her, you will!! Don’t wait until it’s too late, to listen!!!

Tenacious, is the one word I would use to describe Molly! I was facing what seemed like insurmountable odds and at every turn Molly was more prepared than the opposition. She kept me on My toes, made sure that I was informed and that I wasn’t a hindrance to myself. Never once, did I feel compromised or that Molly wasn’t on My team. I’ve done over 22 years in Federal and state prisons, I’ve been in prisons from ADX Florence to Attica state prison, Ny. I’ve seen people get the best defense possible as well as being railroaded by their own representation. Molly Parmer, is definitely in a small exclusive group in My experience who actually fight at every interval for their clients. Having dealt with the system since 1989”, over the years I have acquired a limited but fully functional knowledge of the law, which oftentimes puts me in conflict with attorneys I’ve had in the past (paid attorneys), lawyers who felt that it was their job to think for me but, not speak for Me, attorneys who would acquiesce at the sight of a prosecuting attorney or a tough Judge, when I first met Ms. Parmer, I was mistrustful of all officers of the court (that’s what every attorney is Paid or appointed) but, after seeing her fight for me in court she had My full confidence! Molly Parmer, (with all do respect) is a pit bull in a skirt!!
This review is from a person who hired this attorney.
Hired attorney

REPRESENTED ME IN FEDERAL COURT

I first met Ms Parmer in late 2016, early 2016. She was brought on to assist in representing me with several charges brought against me by the government. In my previous career, Ive been around numerous attorneys and saw their capabilities in the courtroom. Needless to say, i was terrified by this whole experience as it was all new to me. Her smile and charm, as well her giving me a brief history of her experience, won me over immediately. I was won over at that point when she said "its going to be fine." She was correct. I saw her tenacity, knowledge, professionalism and determination in that courtroom on the 21st floor while defending me. I felt so proud to have her in my corner. And whenever she came back to the table to sit next to me, there was that reassuring smile that told all was well. And it was. She earned respect in that courtroom with her peers. I'm living proof that Ms Parmer is the best. A God given gift and talent that i was fortunate to be a part of. The best part? She convinced the jury i was innocent. God bless this beautiful and gifted lawyer.
This review is from a person who hired this attorney.
Hired attorney

Molly is a force in the courtroom. She has an uncanny combination of charm mixed with aggression that assures her, and more importantly her client's, success. You are a lucky individual if you have Ms. Parmer as your advocate.