Donato “Dan” Palumbo a/k/a My Cousin Danny is a Principal of Palumbo Law, LLC. Dan is a native of New York who moved to Atlanta several years ago with his wife, Jessica (an Atlanta native), and their two daughters. Dan attended Purchase College in Purchase New York graduating with honors while working a full-time job as a Professional Firefighter. Dan was a firefighter/ EMT with the Eastchester Fire District in Eastchester, New York from 1988 to 2014.
Dan began his legal career in 2005 when he entered Pace Law School in White Plains, New York, and graduated with honors in 2009. While at Pace Law Dan participated in Jessup Moot Court as part of an award-winning team and along with Jessica, was co-founder of the Pace Law School Chapter of the Unemployment Action Committee (U.A.C), an organization of law students that advocates on behalf of claimants seeking disputed unemployment benefits at administrative law hearings. Almost immediately Dan realized that his true calling was making passionate and well-articulated legal arguments before a Judge or Jury to help his client win. Dan was named UAC advocate of the year for 2008,
After law school Dan began his own family law practice in White Palins, New York while still working as a professional firefighter. Dan litigated divorce and other family law matters; while serving as a Court appointed Guardian ad litem in Bronx and Westchester County Probate Courts. Once Dan decided to practice law full time, he retired from the fire department, and moved to Atlanta with his family; and My Cousin Danny was born. Dan has significant experience in all aspects of family law litigation, including representing clients in divorce matters, custody cases, child support cases, contempt actions and modifications. Dan has successfully litigated in Superior and Juvenile Courts, including divorce, contempt enforcement, and deprivation proceedings. Dan is xxperienced in criminal litigation, including traffic tickets, DUI, misdemeanors, and felony cases.
Dan is a member in good standing with the State Bar of Georgia and the State Bar of New York. As well as being admitted to practice before the Georgia Court of Appeals, Supreme Court of Georgia. Dan is also admitted to practice before the United States District Court for the Southern District of New York, and the United States District Court, for the Northern District of Georgia. Dan has retired in good standing from the practice of law in the State of Connecticut and District of Columbia.
Dan has presented before the American Bar Association’s Family Law Section moderating a panel titled “Show Me the Money, How to Convince A Judge to Impute Income in Domestic Relations Cases.”
Dan is a member of:
- Georgia Association of Criminal Defense Lawyers (GACDL);
- Lawyers Club of Atlanta;
- American Bar Association;
- New York Police and Fire Retirees Association;
- International Association of Firefighters; 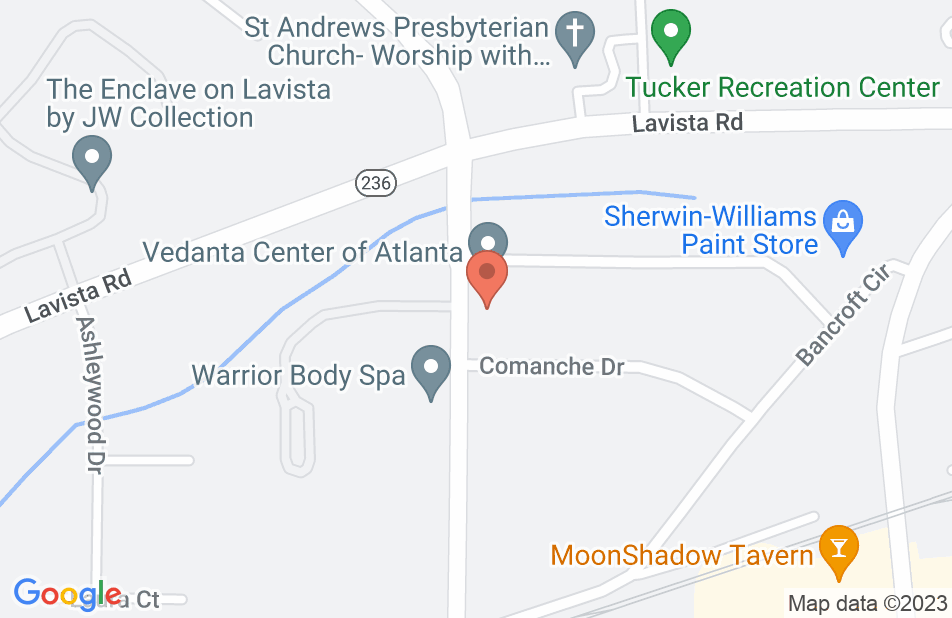 Dan took the n my case in which I was charged as the assailant. Dan secured the onsite video and showed the court that I was actually the victim. Once the court saw the video they dropped the charges and dismissed all charges brought against me.
This review is from a person who hired this attorney.
Hired attorney
Donato Palumbo's response: It was a pleasure meeting you and I'm happy to have helped.

I was referred to Dan through a legal assistance service through my employer for help with legitimation, custody, and child support and I can strongly recommend his services. He was incredibly thorough in explaining the stages of the process and breaking everything down to ensure that I understood my options. He was very communicative and no-nonsense straight forward. I appreciate very much his honesty not only on his price rate and timeline but also in making sure I had a realistic expectation on my case. Dan was professional and flexible with my time through the COVID shutdown of the court and offices and even worked with my legal assistance company to get them to cover as much of his fee so I would pay less out of pocket. This was AFTER successfully completing my custody case, going as far as refunding me when my legal aid company covered his fee.
This review is from a person who hired this attorney.
Hired attorney
Donato Palumbo's response: Thank you for the feedback. I was glad to have helped you. It is always a pleasure meeting good people and helping them navigate the often confusing legal system. Keep in touch.

Dan was very knowledgeable and kept me updated throughout the entire case. He's an amazing attorney and very good at what he does! Thank you for helping my son and I Dan.
This review is from a person who hired this attorney.
Hired attorney
Donato Palumbo's response: Thank you Amber. It was great getting to know you and I'm happy that I was able to help you. Keep in touch.

I hired Mr. Palumbo for a complicated custody modification involving an out-of-state move. After firing another lawyer who was ineffective in getting anything done, Mr. Palumbo managed to successfully wrap up the case in a few short weeks. He is efficient, communicates with his clients, smart, doesn't take any crap and understands the need to keep unnecessary drama to a minimum. I would hire him again without hesitation.
This review is from a person who hired this attorney.
Hired attorney
Donato Palumbo's response: Thank you Christy. Please keep in touch and let me know if I may be of further service.

Stayed on the case

Case was an easy case for divorce but the COVID-19 shutdown caused a delay. Through it all though, Mr. Palumbo stayed persistent with emailing and calling the clerk of court regularly until they finally got it done. He did a great job!!! Thanks, Dan
This review is from a person who hired this attorney.
Hired attorney
Donato Palumbo's response: Thank you Kevin. Glad I was able to help and you both can move on.

Dan was my attorney for my custody modification. He was and honest every step of the way and gave me great legal advice on top of being aware of cost. Highly recommend him.
This review is from a person who hired this attorney.
Hired attorney
Donato Palumbo's response: Thank you Taylor for such kind words. It was my pleasure to meet you and work with you to achieve your goal. Keep in touch.

Thorough, and to the point

Dan did a great job handling my dispute. He worked hard to quickly get to heart of the matter and try to resolve my issue without additional court time. He wasted no time (or money) in working with opposing counsel, and when resolution was no longer an option, Swiftly go my case in front of Cobb County. Dan prepared a case that was thorough, well thought out, but still left room for last minute resolution. Throughout, Dan fought for my best interest and was diligent in keeping me informed of progress. His follow up and communication were top notch. I highly recommend Palumbo Law after witnessing his work ethic in my domestic dispute.
This review is from a person who hired this attorney.
Hired attorney
Donato Palumbo's response: Thanks Jeff. It was my pleasure to meet and help you. Keep in touch. Dan

I’m in the Marines, stationed out of my home state, and Dan and the firm he is with was recommended to me for military members. He is an absolute consummate professional and doesn’t stop until the job gets done. I was going through a divorce, with child, and though my spouse and her attorney had dragged it out for about a year, he stayed on their case, pushing for timely responses/resolutions and always kept me abreast. Everything ended up great.
This review is from a person who hired this attorney.
Hired attorney
Donato Palumbo's response: Thank you Lawrence. It was my pleasure and honor to work with you. I'm here whenever you need me.

I hired Mr. Donato to defend me. He provided best in class service and was very diligent and responsive at all times. His professionalism and positive but realist approach was right on point. Highly recommend.
This review is from a person who hired this attorney.
Hired attorney
Donato Palumbo's response: Thank you very much Felix. It was a pleasure meeting you and helping you out. Keep in touch. Dan

Donato worked quickly and efficiently in my divorce case. He fought for me when and where I needed. He provided expert, direct, no-frills legal counsel, which I appreciated. I highly recommend him for family law cases.
This review is from a person who hired this attorney.
Hired attorney
Donato Palumbo's response: Thank you Jade, It was a pleasure meeting and representing you. When you say no-frills service I hope you mean that I worked towards your goal in the most expeditious and cost effective way. Best regards, and thanks again.
See all reviews

Neil Levinbook, Divorce and separation Attorney on Nov 23, 2019
Relationship: Worked together on matter

I endorse this lawyer. I recently reached out to Donato to assist a friend with a divorce/separation as well as a criminal matter. He was extremely attentive to our needs and knowledgeable of local law. He responded to all of our questions within the same day. Finally, I found his drafting skills to be excellent. I would use Donato again in the future and highly recommend him to others.

Dan is knowledgeable, hard working and incredibly affable--great guy to deal with and his clients all say that.

I endorse this lawyer wholeheartedly. Donato "Dan" Palumbo is an extremely intelligent and knowledgeable attorney as well as being a nice guy. I referred a close family friend who got into legal trouble in GA, where Dan practices law, and he was extremely helpful, personable, and reassuring to the client. He was able to offer sound legal advice, was very thorough, and kind to the client as well. I greatly appreciate his efforts and recommend him unreservedly.

Donato is an intelligent, hardworking attorney and I often recommend him to clients.

Donato is a smart hardworking divorce lawyer who knows how to get the job done.

Mr. Palumbo's thoroughness and attention to detail are attributes which make him a skilled client advocate. I endorse this lawyer.

Donato is diligent, aggressive and gets the job done for his clients. I endorse this lawyer.

I have known Mr. Palumbo for several years. I was witnessed his skill and acumen both in and out of court. He is a highly skilled Divorce Lawyer that gets results for his clients. In many circumstances, he has obtained custody and child support results that would not have been possible with other attorneys. If you are in need for a good divorce that that is result oriented then Mr. Palumbo is your guy.

This attorney knows his business when it comes to divorce and separation. He is absolutely a "go to" guy!