J. Bart Glasgow is a former prosecutor who will use the experience he has gained working for the State to defend those accused of DUI and other criminal offenses.  As a former Assistant Solicitor-General and Assistant District Attorney I know how the State builds a case against an individual and how to use that knowledge in building both legal and factual defenses for my clients. 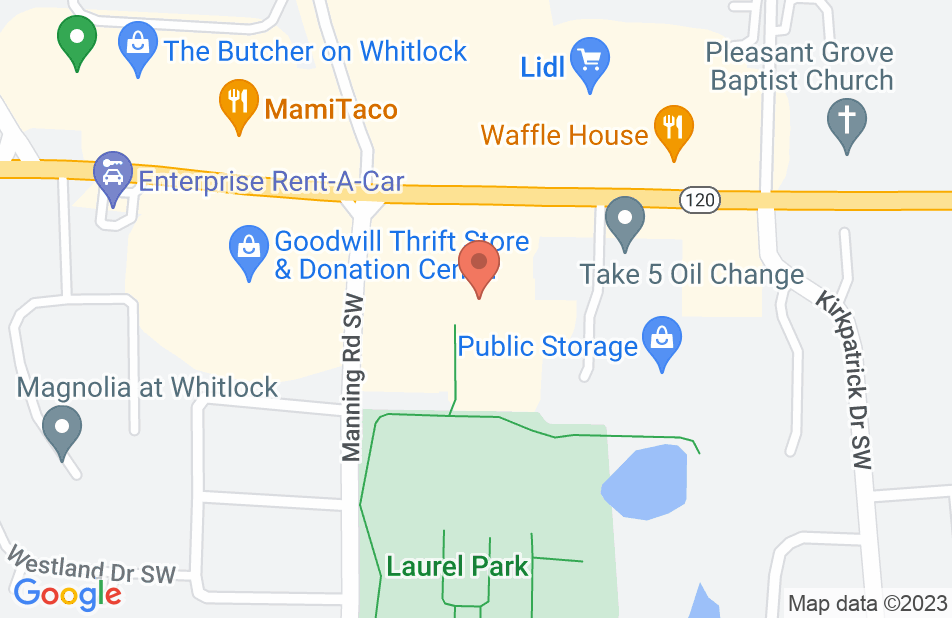 Bart is second to none. His courtroom presence is phenomenal and he is simply a man of his craft. He is well respected in Cherokee county and was able to get most of my charges dropped (to include my DUI). Bart’s prices are fair and once retained, he goes right to work and simply doesn’t give up. He is results oriented and I couldn’t recommend him highly enough.
This review is from a person who hired this attorney.
Hired attorney

If you have a Serious charge Bart is the man you want.

Bart is an amazing lawyer and more importantly an equally amazing person. I had a very difficult case that involving a serious felony along with multiple misdemeanor charges. I felt I needed a good lawyer. I was lucky to find Mr. Glasgow. My family was very distraught. Bart took the time to sit down and explain our case and options. What impressed me most is how well Bart knows the Law and is not just willing to except any proposal the District Attorneys office is willing to offer. Bart was a former prosecutor in Cobb County and know his way around the courtroom. Bart will work hard in getting you the very best possible outcome on your case. If you have serious criminal charges of any kind this is the lawyer you want in your corner. Bart will throughly review the case and prepare a strong defense. Bart is detailed and from my experience will work tirelessly to resolve your case with the best possible outcome, including trial if necessary. Bart’s courtroom presence is second to none, with a clear strong delivery and a very good understanding of the Law to go with it. Bart is not just going to lay over, from my personally experience after hiring Bart I found that he will fight for you on your behalf. Do yourself a favor and talk to Bart Glasgow if you need a Criminal Defense attorney. Dont just settle on a second rate attorney or that what you will get is a second rate outcome.

Bart did an excellent job for me in my case. He worked hard to find the facts and got my case reduced. I highly recommend Bart for his knowledge, expertise, and honest work.

Mr Glasgow is an outstanding lawyer! He is extremely knowledgeable about all aspects involving DUI. I learned so much from him during my case. His level of professionalism is exceptional while he still has a friendly demeanor that helped to ease the level of stress that I experienced in regard to my case. He is trustworthy and kept me informed of all the factors involving my case along with the possible outcomes. If you want a lawyer who is well prepared, organized, trustworthy, knowlegeable and will fight for what you believe in, I would highly recommend "Bart" Glasgow!!!!!

An exceptional lawyer for DUI or criminal cases

Bart Glasgow provided me with excellent legal representation. My case was not a DUI case, but his knowledge of the legal system led to my case being dismissed all together. He is very friendly, easy to contact, and was ambitious to achieve the best result with my case. I would absolutely recommend him to a friend in need of an attorney.

Mr. Glasgow was very persistant with the prosecutor and got us a very good result. He was very affordable. I would definately recommend him. Dealing with Cherokee County takes a lot of patience.

Mr. Glasgow is an excellent attorney who I would recommend to anyone

I selected Mr. Glasgow after meeting with two other attorney's who also had excellent reputations. Upon our initial meeting Mr. Glasgow immediately provided valuable insights on the administrative proceedings and potential strategies he could pursue with my case. Throughout the proceedings Mr. Glasgow kept me well informed of potential and likely outcomes in an honest and forthright manner. My case was settled in a manner that far exceeded my expectations.

Mr. Glasgow helped me out a great deal. I was facing a probation violation with some serious jail time. He was able to get me out of jail to avoid me dropping out of school and losing my jobs. He was a great deal of help and I would recommend him for anyone needing legal assistance.

I was charged with a DUI a year ago and was unable to afford a lawyer. As a result, my license was suspended. 10 months later I was undoubtedly caught driving without a license. After a few hours in jail I promised myself I would find a great lawyer to represent me in this mess I had created. I received a letter in the mail from Bart Glasgow and decided to give him a call. Not only was I able to reach him personally without a secretary or receptionist but that's the way it remained through out my case. I needed someone who could handle my case on a personal level and that's exactly what I got from Bart. He allowed time for me to get my license reinstated by pushing my court date back several months. I was afraid I would have my license suspended again but I trusted him to do everything in his power to avoid it. When it was finally time for my court date I was not at all nervous. He was able to get my charges dropped completely. No fines. No time in jail. No suspensions. Nothing! I don't think any other lawyer could've handled my case any better than Bart Glasgow. His willingness to handle my case did not stop at the end of my court date. I'm studying pre-law in college and he has been a true model example of what an attorney should be; professional, honest, honorable and most important of all, keep his customers best interest in mind.

When I went to Mr. Glasgow, I really did not know what to expect. I knew my situation needed someone who knew his way around the system, but I did not know who to call, and when I found him, and read his reviews and credentials, I felt I had made the right choice. He spoke with me over the phone, patiently listened to my story and had investigated and received information re: my case, that same day/afternoon, when I went to see him in person. His approach was very positive, and he told me exactly, step by step what he was going to do, and he did it. I know Mr. Glasgow had many clients that he was caring for, when I went to see him. But, I felt like the only one, and 3 days later, when he called and told me the case was completed, and the very positive outcome, I could not believe, this mild mannered, polite but proficient guy, had turned the world around, in a matter of hours, in the legal world. What a credit to his profession, and to the community...the world could use more people of integrity. Mr. Glasgow has my vote.
See all reviews

I endorse James Glasgow. As a former prosecutor he has one major advantage. "They know that he knows what they know". Excellent local endorsements and fine reviews. Read them. If your in or near Marietta call him first for a consultation.

I have worked with Bart when we were both prosecutors and, now, as defense attorneys. Bart is knowledgeable in his field, respected by his peers, and has a proven track record of success. He is not only an effective lawyer, but just as importantly, he is a compassionate counselor.

Bart is an experienced and effective lawyer. His prior prosecution experience makes him well-versed in the intricacies of criminal law. I highly recommend him.

I endorse this lawyer. Bart has experience as a prosecutor of both felonies and misdemeanors and now applies his knowledge as a great criminal defense lawyer. He knows the law and how to get the best results for his clients.

I have only known Bart for a couple of years, but he has proven to be personable, professional, and knowledgeable attorney. I have referred clients to Bart and those clients have gone out of their way to let me know how pleased they were with Bart's handling of their case. Without hesitation I endorse Bart Glasgow.

When Bart was a prosecutor I hated having cases against him because I knew he would be prepared. Now as a defense attorney, his habit of always being prepared will serve him and his clients well.

I have known Mr. Glasgow for over 5 years as both a former prosecutor and in his present work as a defense lawyer. He has proven to be personable, professional, knowledgeable and agressive in his representation. Because he chooses to focus on just one area of law, he has developed the specialized skills and level of expertise that is far above most of his colleagues. I heartily recommend Mr. Glasgow.

I endorse this lawyer. Bart Glasgow is an exceptional attorney. He has significant trial experience in both misdemanor and felony cases from his days as an assistant solicitor general in Cobb and Dekalb County and as an assistant district attorney in Cobb County. Bart fights for his clients and is well respected with judges, prosecutors and criminal defense attorneys.