Mr. West, happily married to his wife Janna, and a father of four residing in west Cobb County, Georgia has strong ties to Atlanta and especially Cobb County.

Mr. West has been a resident of Cobb County since 1980; however, his mother's family are original settlers of West Cobb once owning a vast property in the Lost Mountain area.  His relatives helped establish Midway Church on Dallas Highway and his family has deep roots to Cobb County dating back to the early 1800's.

Mr. West graduated from North Cobb High School in 1987 and went on to pursue a Political Sciene Degree from Berry College in Rome, GA.  He was then accepted at Georgia State College of Law where he distinguished himself and graduated in 1991. He then began his criminal defense career with high-profile defense lawyer Bruce Harvey representing high-profile and celebrity clients over almost ten years.  During this time Mr. West was featured in dozens of publications and appeared on numerous television shows including CNN. In 2003 Mr. West decided to open his own law firm dedicated to helping those who wanted the kind of representation only big-name lawyers could provide but at fees that regular clients could afford.  He has served as a private criminal defense attorney for his entire legal career - fighting for the rights of those accused of crimes. 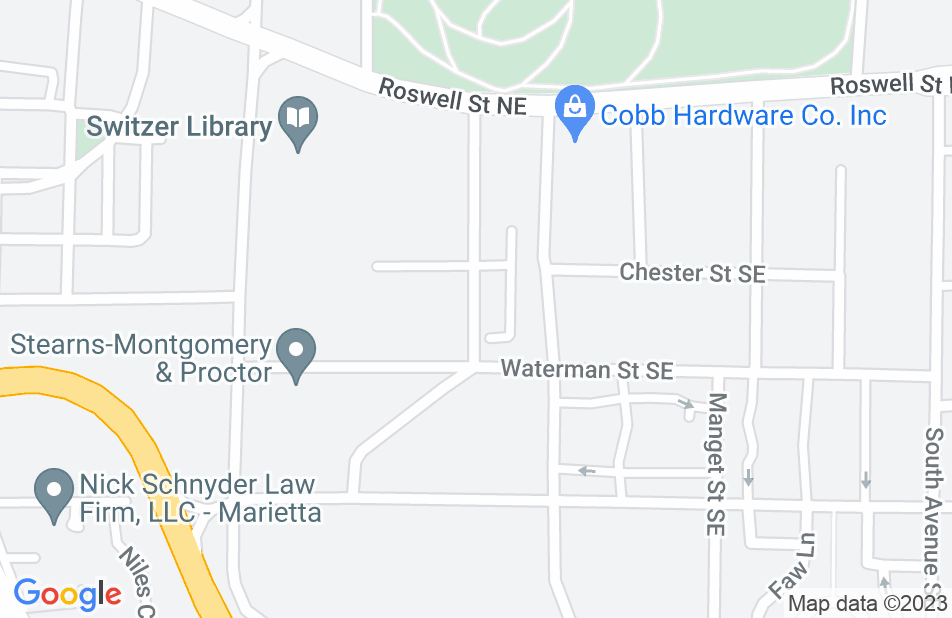 I was facing what amounted to a Life sentence at my age, charged with attempted murder and three other counts maximum 75 years. Mr. West agreed to take my case. I couldn’t have picked a better lawyer and his team. He gave me his word And if I had to rate his ability from 1 to 100% I would say he did 1000%. He said he would win the case with only the prosecutor evidence, and I didn’t know if that was possible, because he said I wouldn’t have to testify either. Mr. West gives excellent advice. It was equivalent to squeeze in water out of a rock and he produce orange juice. 12 jurors found me not guilty on all four counts. I gave him 10 stars.
This review is from a person who hired this attorney.
Hired attorney

I hired Attorney west for a criminal case. OMG. He's loyal to his clients and gets the job done. Very honest and made me feel very comfortable. Got the job done hands down. GREAT ATTORNEY
This review is from a person who hired this attorney.
Hired attorney

Exceptional Lawyer with High Sense of Awareness and Empathy

I hired David West in my case and could not have asked for better representation. David constantly took the extra effort in my case by keeping conversations open and honest. He never provided any false sense of hope and even assisted on his days off. David's emotional IQ in dealing with my family was unprecedented. He set aside business and took the time to understand what my family was going through which gave me even more assurance that my case was in the right hands. I highly recommend David West to anyone seeking legal help.
This review is from a person who hired this attorney.
Hired attorney

OUTCOME WAS BETTER THAN EXPECTED!

David West handled my case and surpassed my expectations. This was my first time ever needing a lawyer. I was nervous about my case, and also about choosing the right lawyer. I went to speak with a couple of lawyers before I met with him, and I honestly just did not get a good vibe from any of them. David West was one of the last couple of lawyers that I was to meet with. They made me feel very comfortable with their professionalism, and I never felt forced to get them on the case like some of the other lawyers that tried to make me feel that I had met with previously. They also kept me informed by phone and mail as to the updates of my case on a regular basis. David West was able to get deal worked out in my case and it was a huge blessing to say at the least, charges were dropped! I appreciate his compassion for my case and his hard work. I would definitely recommend him to others.
This review is from a person who hired this attorney.
Hired attorney

Couldn't have asked for a better attorney

I was apprehensive at first because my case had several continuances, but when everything was finally settled I was overjoyed by the outcome. It was much better than I expected. I'd recommend Mr. West to anyone.
This review is from a person who hired this attorney.
Hired attorney

I am a Father of a young man that Attorney West represented in Cobb State Court. I work for several attorney's in Cobb County and I am very familiar with good, average, or excellent representation. Mr. West was able to provide the best service we could have hoped for. If Mr. West asked me, I would speak with all his potential customers.
This review is from a person who hired this attorney.
Hired attorney

No one ever plans for or wants to need a criminal defense attorney. But when a bad situation hits your family, you need the best. David West is a very professional, respected attorney. We found his business on the NORML (National Organization for the Reform of Marijuana Laws) website. He didn't play games, told us my son had a serious charge against him, yet promised to do HIS best to help him out of a tough situation. He made excellent recommendations for pre-court counseling and testing, gave my son the best advice without promising miracles. As it turned out, my son ended up with a year of un-monitored probation (with all charges dropped after successful completion of the probationary period) in Cherokee County, a tough-on-drugs county in Georgia. His ordeal is over and David West helped our family through some dark times. You always want to listen to your attorney's advice and with David West you can be assured that advice will be sound. Thank you for our positive outcome to a nasty situation, David West!
This review is from a person who hired this attorney.
Hired attorney

My wife and I appreciate the service that we received from Attorney David West and Associates. He and his law firm have been an excellent service to my son and our family in our recent case. We are sincerely satisfied with the outcome that was reached in behalf of our son. My wife and I would recommend David West and Associates to any individual and/or family that would need a personal and professional law firm to represent them in a criminal defense case.
This review is from a person who hired this attorney.
Hired attorney

The Best and a Credit to his Profession

David West is absolutely the best in his profession. He helped my wife and me in a very serious situation. Knowledgeable, honest and forthright knowing not only the letter of the law but also the intent and thinks for himself which seems rare these days. He brings great credit great upon himself, his clients, staff, profession and the Justice System of Georgia and the United States. The Justice System needs more honest and dependable attorneys not swayed by political and social pressures as David West.
This review is from a person who hired this attorney.
Hired attorney

THE BEST LAWYER IN THE STATE OF GEORGIA

I f you ever need one of the best lawyer ever, David West is the one!!!!. My experience with David West on my initial visit was can he do what he said. Mr. West did that and so much more. I recommend him and his team to everyone going thru any legal problem. His assistant Beth is sooooo awesome. This is one of the best legal team ever.
This review is from a person who hired this attorney.
Hired attorney
See all reviews

David West is one of those dedicated, hard-working talented lawyers that comes along once in a great while. If I were in trouble, he's the guy I'd call.

Attorney David West works tirelessly on behalf of his clients to get the best result possible. He will travel across the state or country to assist a client. His dedication and use of inventive legal arguments bring great outcomes for his clients in all jurisdictions. David West is a true trial lawyer who fights for his clients and their rights. You are in very good hands when you hire David for your case.

David is an outstanding lawyer. He is recognized in the legal community as one of the best criminal defense attorneys in Georgia. He is always well prepared in court and gets great results for his clients.

What makes David one the best criminal defense lawyers in the country? His intelligence, charisma, and drive to succeed. He truly is a rare talent. When others would give up hope in a case, David just finds another way. He turns lemons into lemonade. If I needed a lawyer, David is the first person I would call.

David West is a high-powered, creative, and zealous attorney. He gets results for his clients and will never back down from a fight. I highly endorse this lawyer.

David is well known in the community for fighting drug cases and successfully arguing legal issues. He is a hardworking lawyer who is good at what he does, and he represents his clients very well. He is also a nice guy as well. I endorse him.

David has a great reputation and experience in both state and federal criminal matters, including higher profile cases. In matters of Fourth Amendment search and seizure issues David has always been on the front lines of knowledge and imagination.

David West is an experienced and highly skilled trial lawyer who is well regarded in the defense bar. I would not hesitate to endorse Mr. West for any criminal defense matter.

Attorney David West works tirelessly on behalf of his clients to get the best result possible. He will travel across the state or country to assist a client. His dedication and use of inventive legal arguments bring great outcomes for his clients in all jurisdictions. David West is a true trial lawyer who fights for his clients and their rights. You are in very good hands when you hire David for your case.

David West is one of those dedicated, hard-working talented lawyers that comes along once in a great while. If I were in trouble, he's the guy I'd call.