After graduation, my wife and I moved to the Upstate, where I began working as an Assistant Solicitor under then Solicitor Trey Gowdy in the Seventh Circuit Solicitor’s Office.  During my time as an Assistant Solicitor, I handled hundreds of cases including DUI, Forgery, Burglary, Larceny, Financial Transaction Card Fraud and Theft, Drug Trafficking, Drug Distribution and PWID, Simple Possession, Assault and Battery and Murder.

I became an associate of Burts Turner & Rhodes in January 2012 where I continue practicing criminal law as a criminal defense attorney.   However, I have expanded my practice areas to include personal injury, family law, probate, and civil litigation.  I have also represented clients in Administrative violations and revocations with various State agencies. 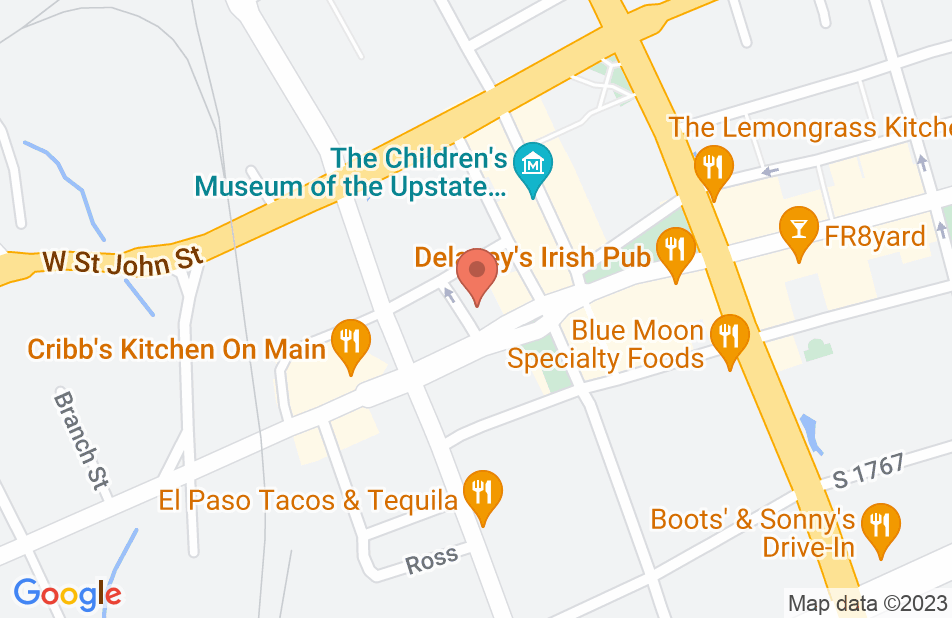 Ryan McCarty has been our attorney in the past, and we followed him when he took a position with the firm. We respect him for his courtesy and knowledge; he is easy to talk to yet still very professional. I would recommend him without any misgivings.
This review is from a potential client who consulted with this attorney.
Consulted attorney

Mr. McCarty took a case which I had been told could not be resolved. He looked at it and, without hesitation, suggested a concise plan of action. I had to do some things, but he oversaw and guided me through this. In the mean time, he prepared the entire case for court in timely manner. On court day , he prepared me and the proceeding went smoothly. I got what I petitioned for and my case was resolved . Mr. McCarty is extremely professional and totally client friendly. In addition, he (his firm) ended up charging me a very fair & reasonable fee for services rendered . I would highly recommend him.

Mr. McCarty has helped me in several legal matters. He is professional, honest, and knowledgable. Throughout our matters he kept me informed about what was at hand and what was upcoming in the legal process. There is no doubt who I will call for my future legal needs.

I have used Ryan's services on two different occasions and was very pleased both times. He is very efficient and kept me informed about all of the proceedings.

Ryan McCarty is a great lawyer!!

Ryan McCarty was an excellent attorney, from the very start he was very straight forward with me. He let me know what we were dealing with and what I needed to do to help him out. He also kept me involved in every aspect of my case so that I was never in the dark. He was also very accessible any time i needed him I could easily reach him through emailing or calling him.

Mr. McCarty is very knowledgable and was able to guide me in the right direction concerning the issue at hand. He was quick to respond to questions that arose and efficiently moved forward with my legal matter. I will continue to use him in any future legal matter.

I went in for what I thought to be legal advice of my situation . All I got was this is why i can't do this or this or this or this for you. Not once did he offer me any options of what I should try to do. He didn't let me talk much to explain anything so about after 25 minutes of nonsense I paid him 100.00 and left being very disappointed.

I endorse this lawyer. His work ethic and knowledge make him an extremely effective advocate for his clients.

I endorse Ryan. He is thoughtful and compassionate, and he does a great job of making his clients feel at ease.

I endorse Ryan. He does a great job communicating with his clients and is very thorough.

I endorse Ryan. He is a hard worker with a great background who cares deeply about this clients.

I endorse Ryan. He's a hard worker and does a great job for his clients.

I am pleased to endorse Ryan. He is a hard worker and helps his clients feel comfortable during difficult times.

I am pleased to endorse Ryan McCarty. Ryan focuses on a variety of different areas and helps his clients through difficult times.

I am happy to endorse Ryan. He is a skilled attorney and helps his clients feel at ease.

Ryan McCarty provides personal attention and effective advice and representation. I am pleased to endorse him.

Ryan has a wide range of experience and is a highly effective client advocate. I am happy to endorse him.