Experience To Help Clients During Their Often Difficult & Personal Struggles.

I graduated from Clemson University with a B.A. in Political Science. He earned his Juris Doctor (J.D.) degree from the Charleston School of Law and spent my final year of law school as a visiting student at the University of Georgia School of Law. While attending law school, I worked in the General Counsel’s Office at Spartanburg-based Lockwood Greene and at CH2M Hill following its acquisition of Lockwood Greene.

Prior to joining Kennedy & Brannon, P.A., I served as law clerk to the Honorable J. Derham Cole, Circuit Court Judge for the 7th Circuit of South Carolina, followed by a brief term at the 7th Circuit Public Defender’s Office. I then joined Turnipseed and Brannon in January 2011, became a partner in March 2012, and a named partner in March 2013. I cofounded Kennedy & Brannon, P.A., in July 2014.

I am a native of Spartanburg, SC, where he currently resides with my wife, Kelly and son, Thom. 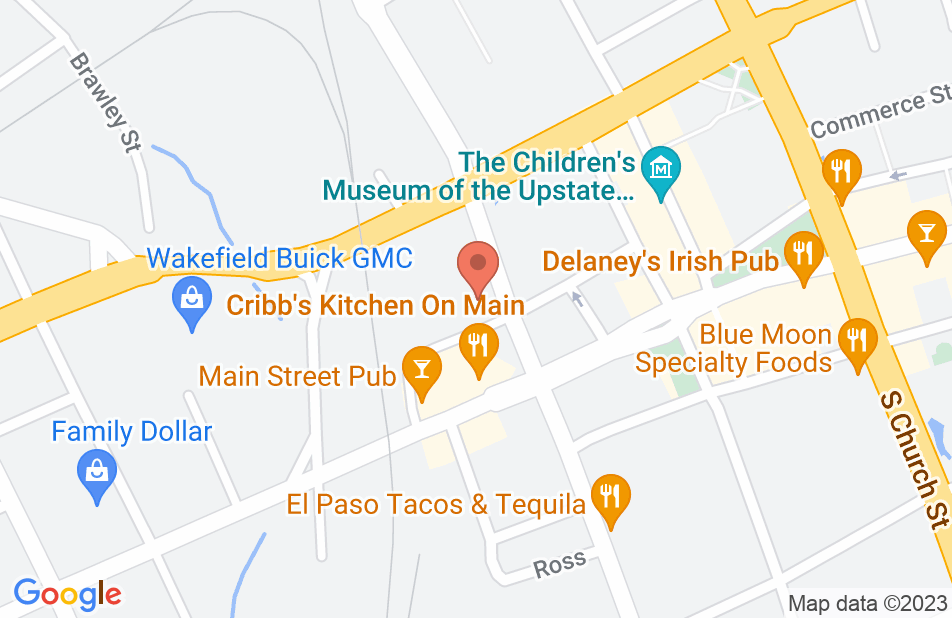 He's Never Lost a Case for Me!

In September of 2013, I found myself in need of a divorce and custody attorney. With this being a very emotional and stressful as well as trying time in my life and decision to make, I needed one who would get the job done without me having to poke and prod and beg. From the moment I met Chris, I knew he was the right attorney for me. At our first encounter, he actually LISTENED, unlike many money-hungry get-out-of-my-face time-is-money attorneys. Chris helped me figure out what I wanted, he took notes, and he answered ALL of my many questions without making me feel like I was wasting his precious time. Chris not only prevailed at my initial hearing, but he was quick on his feet at the final hearing as well, taking any curve balls the opposing counsel threw at him with grace and ease. Although Chris is on the younger side, he has the knowledge and expertise of a well-seasoned attorney. Chris squashed any of my fears about my divorce and custody battle by informing me of the law and advising me of possible outcomes prior to being blindsided with them in the court room. Watching Chris go up against other attorneys gave me that much more confidence in my decision to retain Chris Kennedy. If you are looking for an attorney to not only win your case and stomp on the opposing counsel, who is loyal, compassionate, trustworthy, and just a generally fun person to have a conversation with, Chris Kennedy is the one you need. I understand that this may be a hard time for you and choosing an attorney is a difficult decision, but I can assure you that Chris will not let you down. If I ever need an attorney again, I will be right back in his office because I know he will take care of me.

We went to see Mr. Kennedy with a very complicated custody case. He handled this with great aplomb. We have been schooled in the legal process and given very good advice. Mr. Kennedy has always been professional and friendly. He is honest and trustworthy and tough. The protocol that our case demands requires patience- something that is not found in abundance or coupled with our personalities, but Mr. Kennedy is always quick to reassure us, answer our questions and talk me off the proverbial ledge. He, his Law partner, Mr Brannon and staff our second to none. We have and will continue to recommend him to all that we may know that are in need of his professional services.

Divorce is not something that I was at all familiar with nor thought I ever would be. When faced with it, Chris was recommended to me by a friend. From the very first appointment, Chris listened to me, explained technical things to me in a manner to which I could understand, and was patient with me when I had to ask the same things more than once...or twice. He had MY best interest in mind the entire time and the process was seamless. Never once did I feel uninformed or on my own. He took care of everything, let me know what I needed to do when, and got me the best outcome possible for my situation. His pricing is fair and I feel hiring him was money well spent. I highly recommend him, his team and his services. I will continue to use him in the future for any of my other legal needs. And on a side note, his secretary, Tina, is fantastic as well.
This review is from a person who hired this attorney.
Hired attorney

Chris has helped several of our Associates with legal issues, and in each case he resolved the issue at hand in a very cost effective manner. Before working with Chris each were faced with very expensive alternatives, but they didn't seem to have a clearly defined solution. in one particular case Chris was able to have a parole provision nullified for a young man that had made a mistake (at an early age) and was trying to work his way through College. without the parole and penalties being nullified there is no telling where this young man might be today, but, due to Chris' efforts he is set to graduate from USCU in the next twelve months.

Knows the law. Great to work with. Won't waste client's time or money with cases or arguments that aren't meritorious.

I wholeheartedly endorse Chris Kennedy. He is a passionate advocate who fights for his clients.

I know Chris to be both professional and a strong advocate for his clients. Chris also knows the balance of advocacy and respect for his colleagues and the court. I, without hesitation, endorse him.

Chris is an excellent attorney. I endorse this lawyer.