A native of Eastern North Carolina, Derrick spent his childhood growing up in New Bern. After high school he obtained his undergraduate degree in Political Science from UNCW and his J.D. from the Appalachian School of Law.

After passing the bar, Derrick spent the first three years of his legal career practicing criminal defense in Greensboro. While there, he represented clients on a wide variety of charges ranging from speeding citations to felony manslaughter. After which, Derrick moved back to Eastern Carolina to develop his workers' compensation and social security practice. Since then he has spent a majority of his practice fighting for the rights of injured workers and has successfully won benefits for his clients against some of the world's largest corporations. 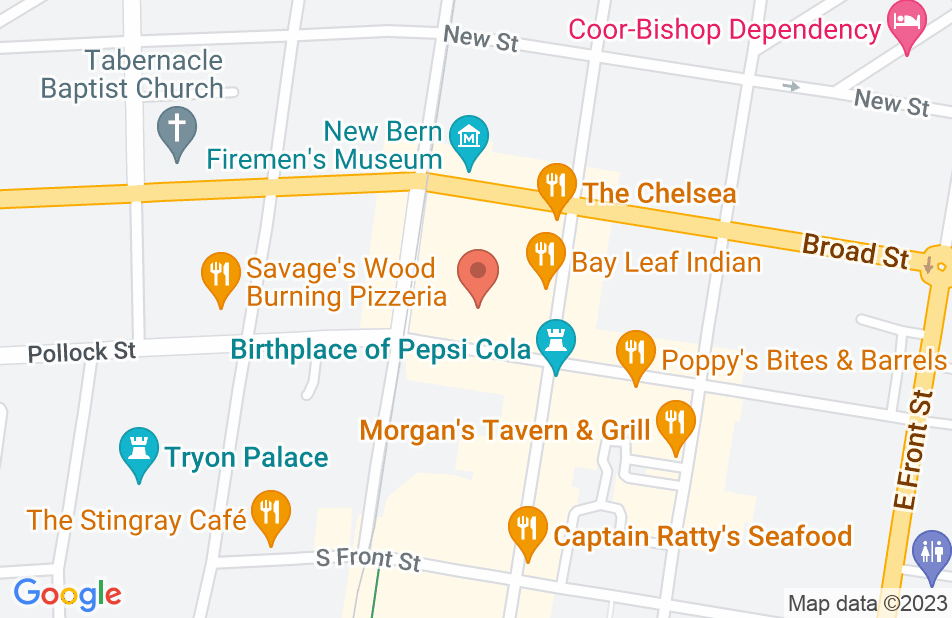 Not yet reviewed
Review Frederick Bailey

His career speaks for itself. Highly recommend.

I endorse this lawyer. Derrick is an excellent lawyer and a strong advocate for his clients. His preparation and experience serve any client well. I highly recommend Derrick to anyone seeking representation.

Mr. Bailey is an excellent attorney. He provides quality representation to al his clients.

I met Attorney Bailey when he came into my court room as a defense attorney. Being a prosecutor you can generally tell who knows their stuff, and I immediately got that opinion of Attorney Bailey. Not only is he knowledgeable and able to learn quickly on all of your legal needs, he will go where you need him. If your in Eastern North Carolina and need legal assistance I encourage you to give Attorney Bailey a call.

I endorse this lawyer. I met Fredrick several years ago when I sent a client over to Greensboro. Fredrick handled the matter with the smooth ability of a seasoned barrister. His smooth and firm legal ability will surely instill confidence in any criminal defendant.

I first witnessed Dereck in action while I was an intern prosecuting in High Point, North Carolina. Mr. Bailey always effectively represented his clients with passion. Whether you seek representation with criminal charges, workers compensation, or personal injury Dereck Bailey will provide you with rigorous representation whilst remaining down to earth and personable. He has the perfect combination of legal prowess and amicability.

I had the personal and professional pleasure of working with Derrick. I found him to be knowledgeable and tireless in his pursuit of good results for his clients. His work trying to right a 15 year old injustice was just one example of his excellent legal research and reasoning skills.

I endorse this lawyer's work. Mr. Bailey is a fine lawyer who is not afraid to do whatever it takes to advocate for his client's cause. I would highly recommend him to anyone who needs dedicated and trustworthy counsel.

Derrick Bailey is a fine lawyer. He and I worked on a matter together in my judicial district. Mr. Bailey would not rest. He went all the way to the ELECTED District Attorney to ensure the best possible outcome for his client...and he got it.