Joel Hancock is a native of Carteret County, NC. He was born and raised on Harkers Island by Susan and Joel Hancock, Sr. He has four older sisters, Emily, Joella, Alyson, and Leah; and a little brother, Mike.

On the first day of school at East Carteret High School in Beaufort, NC, Joel sat beside Lauren Sechler in Ms. Gillikin’s Art I class. After 10 years of dating, Joel and Lauren were married in 2008. They had both just graduated from East Carolina University, where Lauren was a cheerleader for the Pirates and where Joel finished first in his class with a degree in Economics.

Joel and Lauren’s first baby boy, Calvin (or “Cal-boy,” as they call him) was born in 2011 during Joel’s final year of law school at The Penn State Dickinson School of Law. As an infant, Cal-boy went to class with Joel and stole kisses from Joel’s classmates.

After graduating law school and passing the Pennsylvania Bar, Joel, Lauren and Calvin moved back to Harkers Island where Joel hung drywall and studied for the North Carolina Bar. In May of 2013, Joel was sworn in as an Attorney and Counselor at Law in Carteret County District Court by the Honorable Peter Mack. A special guest in attendance that day was Oliver (“Ollie”), Joel and Lauren’s second baby boy, who was just one week old.

In September of 2015 as Joel was in court defending clients, he received a text from Lauren: She was in labor. A few hours later, the couple’s third baby boy, Levi, was born at Carteret Health Care in Morehead City, NC.

When Joel isn’t in the courtroom or meeting clients face-to-face, he prefers to be watching UFC fights with Lauren, fishing with his boys, hunting with his friends, training jiu-jitsu, or grilling at his home for whomever wants to come by for dinner. 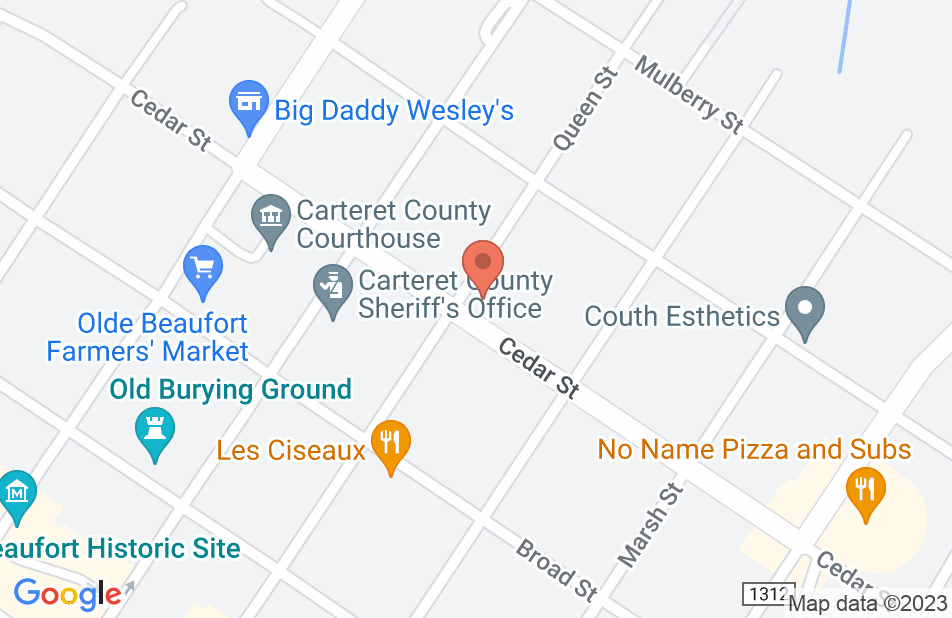 Willing to go the extra mile for you!

Joel is an extremely personable lawyer who takes genuine interest in your case. When handling my case, Joel made it obvious that he cared about my situation. More importantly, he made it clear that he could handle it. For that, I give him my highest recommendation.

I highly recommend Joel Hancock as a thoughtful and professional attorney who is willing to do whatever is needed to help his clients resolve the issues they are facing. With Joel, you will never feel like just another client, rather you will feel like he is there for you as your personal advocate.

Joel has helped me and my family members on numerous occasions with various traffic tickets. I owe my driving record to him. He always knows what is best.

Joel is very professional and passionate about what he does. It's reassuring to see he truly cares about his clients and his profession. I would recommend him without reservation.

My sister was recently in need of a lawyer to help her tackle a legal situation. I contacted my sister with Mr. Hancock's contact information, and she heard from him within an hour. He was able to assist her and she was so grateful for his help and courtesy during the legal process.

Mr. Hancock is both professional and personable. He is dedicated to his clients and is an advocate for justice. He is not only a knowledgable attorney, but also a trustworthy and honest man. I feel fully confident is his abilities and am happy to have him as my attorney.

Joel did an amazing job representing me in court. He was extremely professional and kept me informed throughout. Hiring him gave me the peice of mind I needed in regards to my case. I would recommend him to anyone.

Mr. Hancock handled my speeding ticket to where my insurance rates did not increase and I did not receive any points on my license. I would definitely recommend him to anyone.

I would highly recommend Joel Hancock. I was very cautious in my choosing of an attorney to deal with my traffic ticket. Joel took his time explaining my options and the best way to deal with my particular situation. He was very patient and answered all of my questions. I also greatly appreciated the professionalism used. I had the best possible outcome for my case and would recommend Joel Hancock to anyone.

I would recommend Joel Hancock to any of my family/friends. He is very professional and kept me informed throughout the entire process. Got my charges dismissed and I couldn't be happier.
See all reviews

Joel Hancock is dependable, intelligent, and hardworking. He will go the extra mile to meet your needs and provide a vigorous defense. He’s a great attorney, and a better person, and the exact person you want in your corner.

Joel is a Carteret County native and has a reputation as being both capable and conscientious. I highly recommend his services in the area of traffic law and criminal defense.

I endorse this lawyer. Joel is a Beaufort native and we are always fortunate when locals choose to make Carteret County their professional home. Joel is a most solid and competent lawyer and I would not hesitate to refer clients to him and or use him for my family should the need arise.

I endorse this lawyer. Joel has a great reputation as a strong advocate and skilled lawyer. I give him my highest endorsement.

Joel has just the right blend of legal ability and street smarts. His clients are raving fans because they appreciate the effort he gives their case.

Joel embodies what anyone facing criminal charges--small or large--wants in an attorney. He is a knowledgeable and compassionate advocate for his clients. He is skilled in trying to work out the best possible outcome--whether through a plea or through trial. As an attorney, I have no hesitation of referring a client to Joel.

Joel is a intelligent individual and a zealous attorney. If I were in need of an attorney specializing in one of his several practice areas, I would fully trust him to handle my case. Furthermore, as a scholar, Joel provided valuable insight into my most recent legal publication.