Married for more than 30 years, and the father of two daughters, I served in the Army for seven years before receiving my undergraduate degree from the East Carolina University, with honors, and my J.D. degree from the University of North Carolina at Chapel Hill in 1987.

In the US Army, I was honored to receive the 1978 Non-Commissioned Officer of the Year Award for United States Army Support Command Hawaii. At East Carolina University, I received the University Outstanding Senior Award in 1984. I was also the 2007 recipient of the J. Kirk Osborn Award for excellence in service and mentoring through encouragement and example on behalf of indigent men and women charged with crimes. I am a board member of the Center for Death Penalty Litigation and Chair the Fair Trial Initiative. I formerly served as a member of the Board of Directors for the Pitt County Family Violence Center; and Chaired the Criminal Justice Section of the North Carolina Bar Association. I was honored the receive the Pitt County Legal Secretaries’ Boss of the Year award in 1993; the Outstanding Project Chair, for the University City Kiwanis in 1992; and the Pamlico Sound Legal Services Outstanding Pro Bono Service Award in 1991.

I have more than twenty-four years of experience representing persons charged with crimes ranging from simple traffic offenses to DWI, Fraud, Breaking and Entering, Burglary, Kidnapping, Felonious Assaults, Murder and Death Penalty Trials, Appeals and Post-Conviction proceedings. I have extensive experience in the District and Superior Courts of North Carolina. I am admitted to practice before the U.S. District Court for the Eastern and Middle Districts of North Carolina, the Fourth Circuit Court of Appeals, and the United States Supreme Court. My daughter is an attorney in Boston. You can follow her on Twitter at: @ConnerLawTweets. My nephew is also an attorney, working in my firm. You can follow him on Twitter at: @marcus_conner. My web site is at: http://www.gnb-law.com 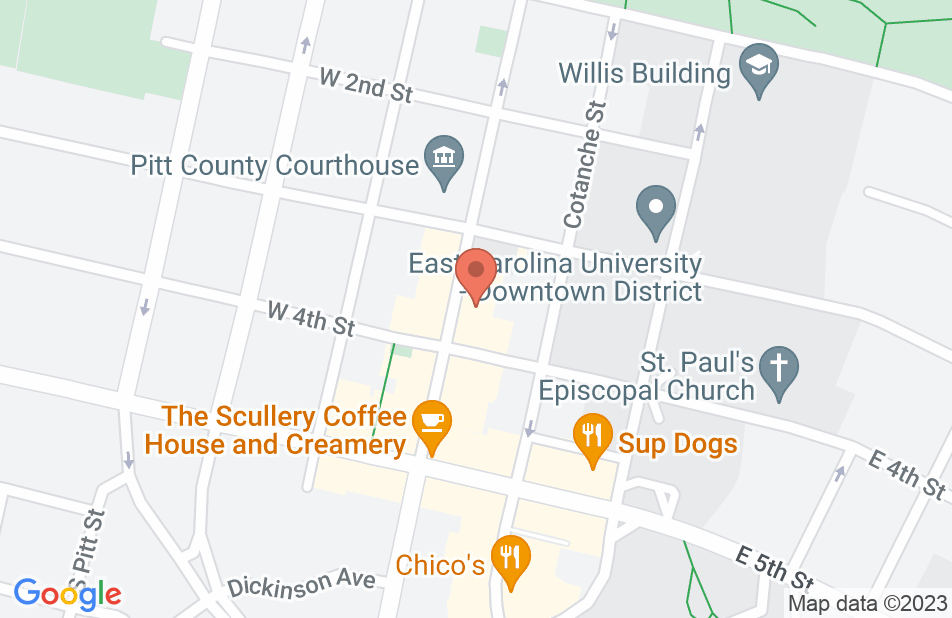 Not yet reviewed
Review Ernest Conner

Buddy is an excellent attorney. Experienced, knowledgeable, and also a decent person.

I'm happy to endorse Buddy Conner as my role model, mentor and dad. He has taught me so much: to empathize with people and see the goodness in them; to listen with an open mind; that the practice of law is not a 9-5 job; that hard work, integrity and respect wins cases. He works for his clients every day. He is the attorney I strive to be, and a model to the profession.

Attorney Conner is the type of lawyer every client wants, and all other lawyers strive to be like. It is no coincidence that Attorney Conner has the utmost respect and admiration of clients, defense attorneys, district attorneys, clerks, and judges alike. His skill and hard work is surpassed only by his modesty and compassion. Throughout his years as a trial attorney, Attorney Conner has proven himself to be an ardent defender of his clientâ€™s rights, and a man with a passion for justice. Each and every day he is a living example of what all attorneys should be.

Buddy has taught me more about advocating for your clients, in the time I have come to know and work with him, than I have learned from the entire sum of law school professors, fellow practitioners and legal education speakers with whom I have come in contact. Simply put, he is the best of the best in my book and I hope to continue to model his passion for excellence, borrow his ideas and call him my mentor and friend.

I have never met anyone who enjoys their job as much as Ernest â€œBuddyâ€ Conner. His passion for the legal profession is infectious upon everyone he comes in contact with. I am one of the lucky ones who gets the privilege of working with him on a daily basis, gaining some sort of knowledge or advice from each conversation. I am proud to endorse his work and even more proud to call him a mentor and friend.

As a colleague and nephew of Buddy Conner, it is an honor to write an endorsement regarding his service and dedication to the legal profession. You will not find a harder working attorney who knows more about the criminal justices system in North Carolina as Buddy. With over 24 years of experience he has handled everything from first degree capital murder case to traffic infractions and everything in between. His devotion to his family and his friends is only matched by that of his devotion to the practice of law.