No matter what your family issue, we are here to help! Give us a call today!

Angela L. Haas, founding member of Haas & Associates, PA, was admitted to the North Carolina State Bar in 2002, and upon her admission began her long-standing and successful career in the practice of family law. Her desire is that the clients she represents leave the legal process in a better place and that they feel empowered and in charge of the life decisions they are making. Her passion for helping families through whatever legal issues they face is evident through her compassionate and caring style.

Her practice consists of all matters related to families, both traditional and non-traditional, including matters incident to divorce and child custody, along with surrogacy, adoption and estate planning and probate. Serving both traditional and non-traditional families, Angela has been directly involved in advocating for the LGBTQ+ community during some of the most important and formative years, and has developed an extensive knowledge of the evolution of LGBTQ+ law throughout the United States as well as the State of North Carolina. Haas & Associates, PA is proud to both act as sponsors and contributors to many of the local organizations which promote diversity and inclusion. In the field of artificial reproductive technology, Angela has an in-depth knowledge of donor agreements, gestational carrier (surrogate) agreements, and the entire legal process for parents, donors, and gestational carriers.

She is a member of the American Bar Association, the North Carolina Bar Association, the Wake County Bar Association, and the National LGBTQ Family Law Institute. Angela has been recognized by her peers as an energetic advocate for her clients, and has received accolades from such organizations as the American Institute of Family Law Attorneys, who named Angela as one of the 10 Best Attorneys for Exceptional and Outstanding Client Service in 2020. She has served on several boards in the past, and is currently serving as a board member of the Raleigh Business Professionals Network (Raleigh’s LGBT Chamber of Commerce). Angela enjoys spending time with family, as well as in her workshop creating functional and artistic woodworking pieces. 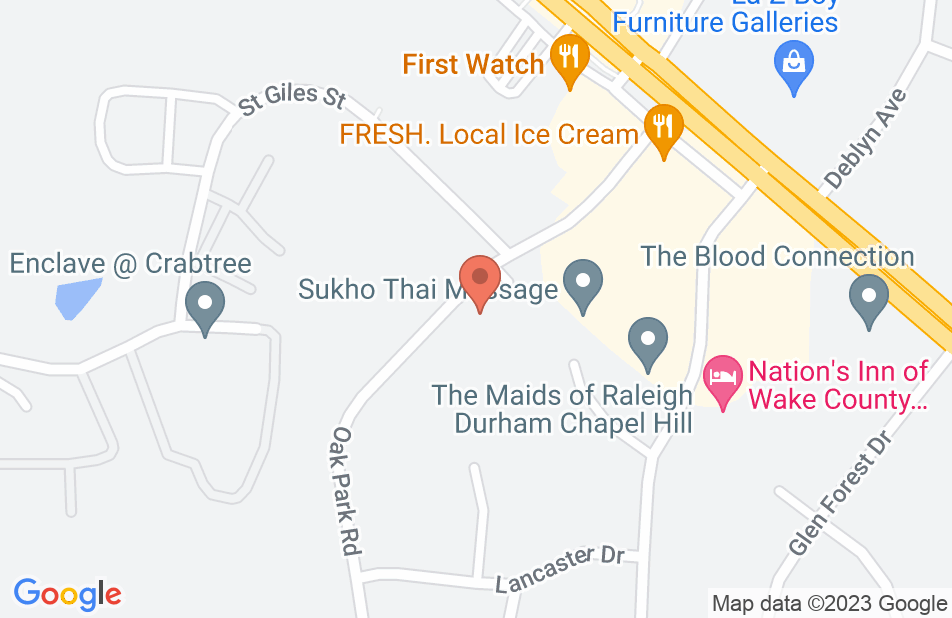 I found Angela Haas on line. I had never had a legal problem before and went to see her feeling very frantic, scared, miserable and emotionally depleted. In my mental state at the time, all I wanted was to get out of my 20-year marriage -- with nothing!!! Angela was very attentive to my state of mind and explained to me my entitlements as a wife and stay-at-home mother of 4. I was totally ignorant of the legal process and completely lost with the legal terminology, but she was so very patient and would spend all the time needed to break everything down to me in simple layman language. The legalities she handled for me included legal separation, divorce and alimony. Angela's warmth and friendliness made it very easy for me to open up truthfully and to confide in her without being ashamed or afraid. She made me feel confident right from our first meeting with her vast knowledge of the law, and when the legal process started she always kept me informed every step of the way. I have a lot of gratitude and respect for Angela Haas ......... she fought hard for me to get everything I deserved. I would highly recommend her, in a heartbeat, to anyone who needs legal advise/ services !!!!

Angela provided superior services and, most importantly, was passionate in her diligence regarding my case. She kept me very well informed and sought out my needs, concerns and opinion, yet provided strong counsel, direction and knowledgable support!

Attorney Haas sets the standard. Professional, compassionate, responsive, and incredibly knowledgeable about family law, custody, adoption, and various state LGBT laws, Attorney Hass took on a tough, time sensitive case and persevered through diligent study and representation through the law. Her friendly staff kept us informed, and Attorney Haas provided various options we could pursue for our family. Not only a master of her craft, Attorney Haas is personable and sincere. Our family is forever grateful for her time, attention, and expertise. If you need a true professional, Attorney Haas and her team are the ones to call.
This review is from a person who hired this attorney.
Hired attorney

Angela is very personable and gives personal attention. My legal needs were met very well. Thanks, Angela!
This review is from a person who hired this attorney.
Hired attorney

She did an excellent job on giving me advice on my specific issue. If I ever needed an attorney I would definitely choose her. Excellent service!!
This review is from a potential client who consulted with this attorney.
Consulted attorney

Angela is my custody attorney. My child's mother has consistently lied and tried to alienate me from my child. I have always wanted to be a father and Angela has helped me in this process. While other attorneys tell you what can't happen as a male, she has fought for my rights as a father in court as well as in mediation. As a person who always wanted to "raise" their child & not be relegated to a weekend or a playdate dad she has always heard my concerns and helped make that come to fruition. I only hope she will continue to aid me in my quest to be a "father" and not a paycheck or weekend dad. Because of Angela, my case was initially heard in the proper venue and when my child's mother violated our court order she was held accountable.
This review is from a person who hired this attorney.
Hired attorney

Nothing will make the process of divorce pleasant. Finding counsel that understands you and the challenges you are facing is key to navigating this difficult situation to a successful outcome. From the initial consultation with Angela Haas, I felt heard, supported and most importantly, given realistic expectations. My circumstances were particularly arduous, but Ms. Haas kept me calm, focused and assured that she and her team had my best interests at heart. Excellent service, honorable people and very knowledgeable are words I use to describe Angela Haas and her team.
This review is from a person who hired this attorney.
Hired attorney

She was very helpful and accurate.
This review is from a potential client who consulted with this attorney.
Consulted attorney

She won the case!

Angela Haas counseled, litigated and WON a very difficult case in the courts for me! The legal precedents for my case were thoroughly researched and she was prepared for any contingency that might occur on our day in court. She proved to be an experienced navigator of the court system. She was passionate and invested in representing my legal rights. I was treated as a partner in the legal process. Angela Haas's professional representation served to extricate me from an abusive relationship and was instrumental in getting my life back on track.
This review is from a person who hired this attorney.
Hired attorney

Preparing Will and Living Will

Angela updated my Will and Living Will. She was through expedient in preparing paperwork. Advised me on how to handle these documents and safe keeping for them
This review is from a person who hired this attorney.
Hired attorney
See all reviews

I endorse this lawyer. I enjoy trying a case against Ms. Haas and she is communicative and bright.

I am impressed with Ms. Haas's thoughtful advice and answers to legal questions on Avvo. She has an in-depth understanding of the law and an ability to communicate legal concepts clearly and effectively. I endorse this lawyer!

It is a privilege to endorse Angela. I know Angela personally and professionally. She has a huge heart and a vast knowledge of domestic law. With those two qualities, the client will always receive the best representation.

Angela is a zealous advocate and is willing to go the extra mile for her client. We have been on the same side of cases where she represented one party and I represented another. She was always fighting to get her client the best outcome.

I endorse this lawyer. Angela is a recognized authority and the local go-to person for issues involving non-traditional families, including the current law surrounding the issue of reproductive technology. Angela is a pioneer in the Collaborative Law movement, having been one of the first attorneys in Raleigh to practice Collaborative Law, and she remains committed to helping clients resolve their family law conflicts through various Alternative Dispute Resolution processes. Although, Angela encourages her clients to litigate only as a last resort, she is an experienced and skilled trial attorney.

I endorse this lawyer. I have had the opportunity to work as opposing counsel with Ms. Haas as well as working with her as a fellow professional in the community, She is a zealous advocate for her clients and knows this area of the law well.

Angela is a well respected advocate for her clients. She is known for her tireless efforts to seek justice and her creative problem solving abilities.

I endorse this lawyer. I've worked with Angela for over 15 years on a variety of legal and professional matters. She is smart and compassionate. You'll be in good hands if you choose her.

Angela is a knowledgeable and cooperative family lawyer. She collaborates well with opposing counsel to work toward an amicable resolution.

I have found Angela to have a vast knowledge of the law, as well as and understanding of the dynamics and various personalities involved in divorce case, in the matters we have had together.

I know Angela to be a thoughtful and bright attorney who cares about her clients' lives and the sensitive situations that bring them to her. She exhibits a strong work ethic and works hard to serve her clients' interests well. I have referred a number of individuals to her because of her solid reputation in the practice of family law.

Ms. Haas has spent considerable time offering good and valuable advice on AVVO. I have found her responses to be accurate, thoughtful and caring, I heartily recommend her to anyone needing family law representation.

I endorse this lawyer. Ms. Haas is obviously a very talented lawyer as is demonstrated in the fine contributions that she makes in answering questions asked on Avvo. I would not hesitate to rely on her legal services.

Angela is not only one of my favorite attorneys, she is one of my favorite people. It is obvious she loves the practice of law and she is excellent at it. Her brand of law is complex and she masters it with integrity and intelligence. Speaking as s a fellow attorney, I can say she is generous with her knowledge and really takes the time to think through legal quandaries to arrive at the best possible solution. Her standards and work ethic raise the level of law practiced in this community. When someone I care about needs a family law attorney, I refer to Angela.