20+ years helping clients settle their family law case if possible, and going to court if necessary.

Nancy L. Grace is a Board Certified Specialist in Family Law, and has been a Family Law Specialist since 2003. She is a Fellow of the American Academy of Matrimonial Lawyers and a NCDRC certified Family Financial Mediator. Nancy has earned an AV Preeminent rating, the highest rating given by Martindale-Hubbell, every year since 2006 and has been designated by her peers as a Super Lawyer in Family Law by North Carolina Super Lawyers each year from 2008 to the present. She has been included in Best Lawyers in America each year since 2014, and, in 2017, Nancy was named Lawyer of the Year in Family Law in Raleigh by Best Lawyers in America.  Nancy is a principal with Wake Family Law Group, located in the North Hills area of Raleigh. 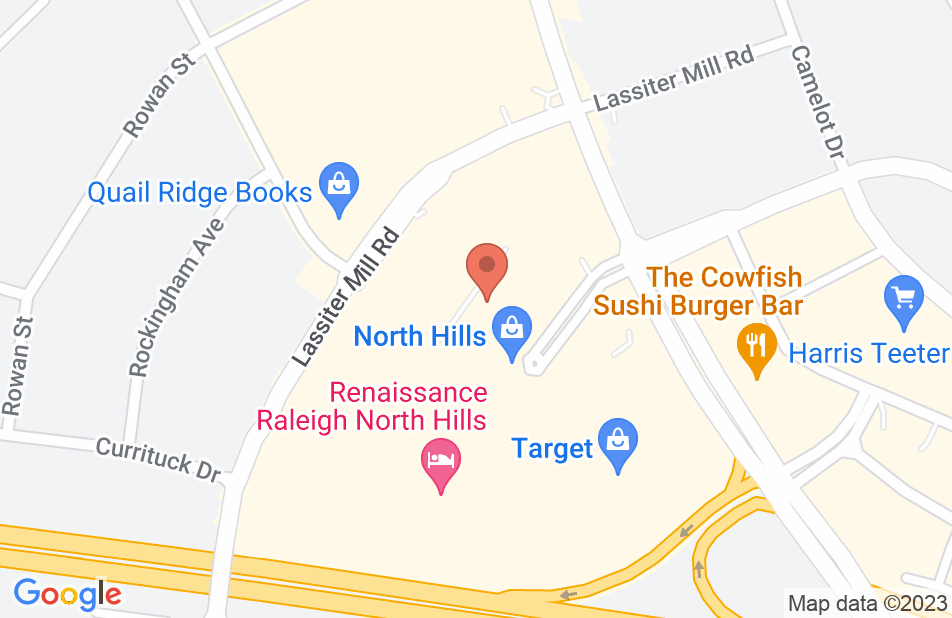 I could not have been more pleased with Nancy Grace. She truly has to be the best of the best. No one expects to find themself in the situation of a separation, and she certainly made a difficult season more bearable. She was professional, efficient, knowledgeable and kind, and was just an absolute pleasure to work with. I would highly recommend her for legal services here in Raleigh. She is fair-minded, and knows how to appropriately balance sharing her knowledge while also listening to and respecting my own feelings and concerns. She is a gem in this field for sure!
This review is from a person who hired this attorney.
Hired attorney

My personal experience with Nancy was phenomenal. She always listened and provided honest, transparent information about my options and our path through the separation/divorce process. Nancy was always responsive to my questions and needs. She routinely kept me informed and provided all legal documents I would need for the future. Although the process was filled with anxiety and stress, Nancy and her paralegal, Erin, made the process smooth and eased my anxiety and stress. I would highly recommend Nancy for your family law needs.
This review is from a person who hired this attorney.
Hired attorney

Nancy Grace and her paralegal Erin were excellent handling my QDRO after my previous attorney messed things up. Their communications and work were clear and efficient. Even though Nancy is not the cheapest attorney, she made most of the time that was charged. I only wish Nancy Grace had represented me through my divorce. It would have costed a lot less. I am glad I listened to recommendations from other attorneys to work with Nancy.
This review is from a person who hired this attorney.
Hired attorney

Nancy Grace took care of everything! She had the knowledge and experience to guide me through my difficult divorce. My Ex did not want to give me alimony and we had to fight an almost 2 year battle. But we prevailed and I am able to live comfortable now versus my fear of struggling to get by! She was able to calm me down when I was upset, talk me down when I felt like I couldn't go on, and lift me up when I was defeated.
This review is from a person who hired this attorney.
Hired attorney

great fit for me

I went to get some information months before I actually hired Nancy. Once I decided to move forward I never looked back. Nancy and her team kept the ball rolling, kept me informed, explained things as many times as I needed, gave me options, showed pro's and con's and was fair. In the end, my goal was not to hurt anyone, I wanted my kids and I to get what was fair. Throughout this scary, daunting, messing time, the practice treated me kindly and in a calm manner.
This review is from a person who hired this attorney.
Hired attorney

I retained Nancy based on the recommendation of a friend who is himself a family law attorney in Raleigh. He described her as super smart, responsive, insightful, and highly respected among her peers (which matters). She is exactly that. All throughout a roughly six-month process including two day-long mediations, Nancy kept a sharp focus on my settlement goals and dealt calmly and capably with every issue that came up. She pays attention to detail but definitely sees the "big picture," and she made sure that I did too. She's also a genuinely nice and friendly person, with a calm, "we got this" vibe, and that's her professional demeanor with all other parties involved as well. There's zero bluster and none of the posturing that could inflame already emotional situations while wasting time and money. In my case, she also went above and beyond by consistently and cheerfully making herself available all through the holidays and during her own personal time so that my spouse and I could meet some important deadlines. We were able to reach a settlement without having to litigate anything, but if it had come to that, I had total confidence that Nancy would proceed just as ably in court just as she had all along. Great office staff, too. I highly, HIGHLY recommend her. services.
This review is from a person who hired this attorney.
Hired attorney

I hired Nancy to help me with a dispute involving my divorce-related settlement agreement. She has complete command of the law, provides timely and practical advice, and is very intuitive and “user friendly.” Just as importantly, she does a great job of relieving the anxiety and fear inherent in relationship disputes. Five stars!
This review is from a person who hired this attorney.
Hired attorney

Professional and very knowledgable. Another attorney had written a document for my husband and I and could not explain it to us. Nancy not only explained every line but fixed another attorneys very bad work. So great full for her!
This review is from a person who hired this attorney.
Hired attorney

Best Attorney I could Ever Recommend - Always went over and above

Nancy and her team (Katie and Erin) not only held my hand through multiple years of discovery, mediation, court time and appeals, but they consistently supported me through my numerous questions and fears - over 4 years. I could not have been more blessed to have this team of formidable women in my corner. Nancy is the most knowledgeable attorney I have ever had the pleasure to work with and I am so thankful she took on my challenging case and successfully saw me through every single outcome. If you need a top notch attorney, then Nancy Grace comes highly recommended from me. Hands down she is the best.

Nancy always finds a way to help her clients focus on their goals and to achieve their goals in a professional manner. I would work with Nancy on any case because of her wisdom and overall demeanor. Clients sometimes fail to appreciate that having a lawyer with such a superb reputation will result in their achievement of more goals in an effective manner.

Nancy Grace represents the best in a family law attorney. She is knowledgeable, diligent, and well-respected locally and throughout the country. Nancy is a pragmatic advocate for her clients and I often refer matters that I am unable to handle to Nancy knowing she will do an excellent job.

Nancy Grace is a a compassionate advocate for her clients and a skilled mediator. I have worked with Nancy as opposing counsel and on various committees and I have the utmost respect for her legal knowledge and professionalism.

Nancy is a leader in the Family Law Bar and her reputation is impeccable. She is widely known as one of the best attorneys in the Raleigh area. I refer many of my Raleigh clients to Nancy and if I needed a Raleigh Mediator, I would not hesitate to use her.

I endorse Nancy. She is a highly skilled attorney that is well respected in the legal community.