After graduating law school and becoming a licensed attorney, Doug worked for about 9 months with Safran Law Offices in Raleigh, NC. In June 1996, Doug became an associate with Jordan Law Offices. In November 2001 Doug opened McClanahan Law Firm, PLLC. Doug has been an active member of the North Carolina Bar Association since 1995. He has been the Technology Chair of Construction Section and a member of the Litigation Section. Currently he volunteers in the Law Related Education Committee of the NC Bar Association. He has been the Chair of the Justice Teaching Institute for a number of years. Doug volunteers with a number of other local and state programs including Lawyers on the Line, Lunch with a Lawyer, Mentoring, and Job Shadowing. He has been published in various trade and Bar Association publications and has spoken at continuing education functions for accountants, engineers, paralegals and attorneys. Doug is a member of the Wake County Bar Association. While admitted to the Middle and Eastern District Federal District Courts, he now practices only in North Carolina state courts. He is a member of the Christian Legal Society. Civic Doug is a member of Trinity Baptist Church. He was an adjunct professor at Wake Technical Community College (2000-2003) teaching Employment Law. He has participated in various high school career fairs, such as Leesville High Legal Career Day, and handled phone calls from News Channel 11 for Ask the Expert and the statewide 4All service project. He is a volunteer with the Volunteer Lawyers Program with Legal Aid. Interests include Travel and Photography. 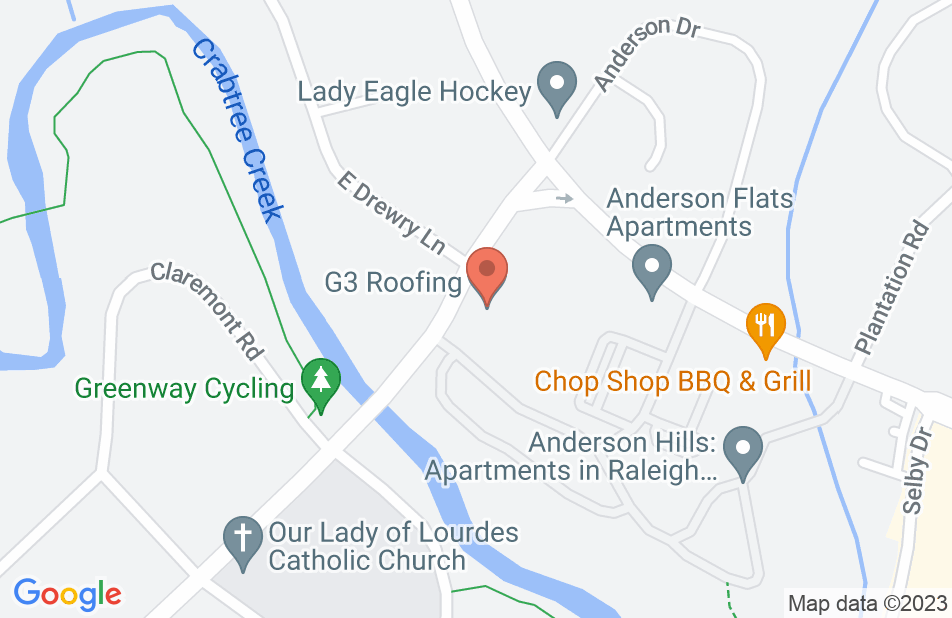 Doug McClanahan is a very professional and well skilled lawyer. We have worked with him on several occasions and can say we will continue to turn to him when needed. He is knowledgeable, concise, skilled and well mannered.
This review is from a potential client who consulted with this attorney.
Consulted attorney

I have worked with Doug Since 2001 after meeting him at a conference where he gave a presentation. After hearing him speak I knew he would be a good addition to my business for what he could offer. I have always worked well with Doug as he has taken care of the clients I have referred to him in a most professional, honest, courteous and timely manner, and with very reasonable costs. It has always been a pleasure to work with Doug, and will continue to do so.
This review is from a person who hired this attorney.
Hired attorney

My wife and I had an issue with our home. Doug was recommended by our closing attorney. He performed as expected and we received a settlement that was what we expected. Excellent with contract work and avoids pitfalls. He has earned our highest rating.
This review is from a person who hired this attorney.
Hired attorney

My small business hired Doug's firm for 2 back-to-back cases. From start to finish, Doug: - listened attentively - gave me the time I needed, when I needed it - was knowledgeable of our local court systems/procedures - protected me - handled all paperwork to keep my case current - corresponded promptly with opposing counsel - showed rapport with judges - was very tight on his time so as not to run up a bill The best part for me, other than just plain liking my attorney, is that Doug proactively drove my cases forward to resolution without me needing to even think about what the next step would be. As a business owner that's exactly what I needed. I highly recommend McClanahan!
This review is from a person who hired this attorney.
Hired attorney

Our business has been working with Doug for several years now, and we have always received great service. He is prompt, professional, and patient, even when we give him several time-sensitive cases at once. He has also helped us create contracts, payment plans, and other official documents, all at a very reasonable rate. You really can't find better service, and Doug makes everything so much easier so we can focus on running our business.
This review is from a person who hired this attorney.
Hired attorney

Easy to work with, knows his stuff

Doug is easy to connect with, has a quick grasp of issues and gets to the right point quickly. It’s great to work with an experienced professional who knows his business and works fast to come to the best conclusion.
This review is from a person who hired this attorney.
Hired attorney

Doug has provided our company outstanding service and always at a fair price. He has also provided great service to our family. We always trust and appreciate his counsel and value his insights and experience and he helps us make good level decisions. He is helpful and executes flawlessly. It is a great comfort to have a lawyer who is going to provide us candid and straight information. I am very happy to recommend Doug McClanahan for your legal needs.
This review is from a person who hired this attorney.
Hired attorney

I was a tenant dealing with a landlord threatening eviction because I kept bothering them about replacing a door to my unit that did not lock!! Doug came to my rescue. He was very professional and quickly resolved the issue in a matter of days. He also charged me a very reasonable rate and I highly recommend giving him a call for any legal issue. If he doesn't specialize in the legal field you require, he will gladly refer you to a lawyer that does.
This review is from a person who hired this attorney.
Hired attorney

We had a small job that went crumbling to pieces in a hurry in our home. We were upset with the work done and needed direction on how to move forward. We were referred to McClanahan through a friend who had seen the disaster in our home. We called the number and were greeted by Jennifer Hutchens who helped through this stressful mess. She helped us remain focused on what we needed to have in order to have a formal case put together. We organized our case, depicted a timeline, pictures and were ready small claims court. We offered a settlement for the awful job. within a few days we ended up settling out of court and are on the winning side. We highly recommend McClanahan Law and Jennifer Hutchens who works with Douglas. Outstanding professionalism and humbling character. Very understanding and compassionate while very affordable.
This review is from a potential client who consulted with this attorney.
Consulted attorney

I hired Mr. McClanahan for help with a dispute with my landlord. His comprehensive advocacy led to a positive outcome. Knowledgeable, professional, helpful and affordable. I recommend.
This review is from a person who hired this attorney.
Hired attorney
See all reviews

Doug is a class act. I have worked against him and with him and in all cases he was prepared and knew his stuff.

I've had the pleasure of working with Doug for several years. He is very knowledgeable, responsive and professional. I trust him with my referrals and know he will provide them with the highest level of service.

I think very highly of Doug as an attorney and a person. I have referred many cases to him over the year and only get favorable feedback.

I highly recommend Doug. I have referred many clients and friends to him over the years and know that he will provide excellent representation. Doug is an excellent communicator that brings a diverse background to his practice. He is responsive and diligent and a man of integrity.

I have known Doug McClanahan for 15 years, and I think he is one of the most professional and knowledgeable attorneys in Raleigh when it comes to construction claims, contracts, and business matters.

I have worked with Doug on many business acquisition deals and have had the pleasure of referring to him many of my own clients with business litigation matters. Doug is an excellent lawyer and a pleasure to work with.