A North Carolina native, Robert was born and raised in Raleigh. After graduating from the University of North Carolina at Chapel Hill with a BA in psychology, he spent a year in Beijing, China, where he studied Mandarin and taught English to young schoolchildren. Robert received his JD from the University of Alabama School of Law in 2013, when it was ranked 21st in the nation. While in law school, he co-founded the Law and Economics Society, served as a senior editor for the Law and Psychology Review, and represented indigent clients in the Tuscaloosa Public Defender’s Office.

When he’s not practicing law, Robert enjoys participating in an adult indoor soccer league, playing guitar, and following his favorite sports teams (go Heels, go Panthers, and Roll Tide!). He also has a love for travel and learning new languages.  Besides English, he speaks French, Italian, and a bit of Mandarin. 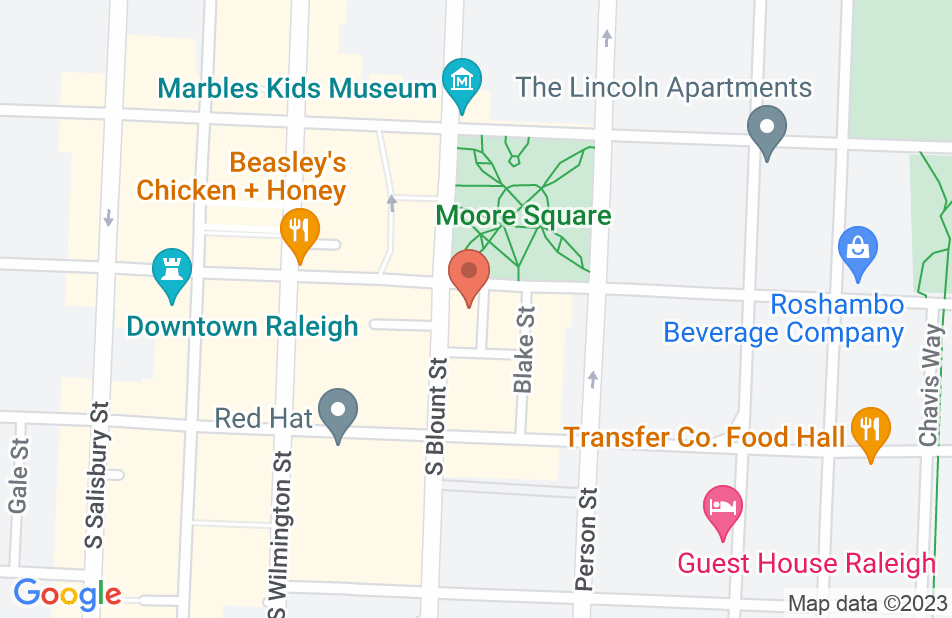 I had a vindictive ex-partner situation. They tried to take me to court for domestic violence, and the court day was days away. I was recommended Attorney Robert Parrott via a business contact. Robert responded quickly, on a Sunday. By Monday afternoon Robert had a defense plan. This made me relax and feel confident about the upcoming court date. Tuesday I was lucky to find a witness in my favor, whom Robert quickly incorporated in the defense strategy. Wednesday was court day. Robert navigated the hearing well. The Judge ruled in my favor!!! I was also pleased with the invoice. Another lawyer had actually wanted double that, as a flat fee. All in all, Robert is real smart and fast, and he fixed my legal problem. And without fleecing me. :-)))
This review is from a person who hired this attorney.
Hired attorney

I could not have chosen a better lawyer for my case, Robert was very helpful with explaining all of my options pertaining to my case and answered any questions I had, he paid great attention to detail whitch is how he helped me win my case that ended up going to trial. Very professional and would highly recommend him!
This review is from a person who hired this attorney.
Hired attorney

We hired Robert Parrott initially because I was familiar with his name and his family. However, it became apparent right away that he was the best choice for our case on his own merits alone. He has a firm grip on interpreting the law and he was able to assess the situation before him immediately. He skillfully argued what might have been seen as a "touch and go" case successfully, earning a not guilty verdict. I would 100% use his services again.
This review is from a person who hired this attorney.
Hired attorney

I recommend mr parrott he is so awesome he will get the job done for you i was worry i would lose everything to the charge i had but thanks you so much for handling bussiness
This review is from a potential client who consulted with this attorney.
Consulted attorney

Posted by Elizabeth and MichaelFri Jan 18 2019

I personally would like to take this opportunity to say thank you to Mr. Robert Parrott Jr. for helping my son with his speeding ticket and representing him in court we live in Orlando Florida and it was hard to go to North Carolina each time. Mr. Parrott represent my son as if he was there all the time. Mr. Parrott Jr. was able to lower his charge to basically nothing and to make sure my insurance premium didn’t increase. It’s was a pleasure and an honor to have an attorney on our side that cared for the best interest of his clients.
This review is from a potential client who consulted with this attorney.
Consulted attorney

He’s s really great lawyer! Both my cases I’ve had I’ve won. He’s very sweet and outgoing! Always on time to court! He’s an amazing person, great attitude and he really dedicated. I would highly recommend him to anyone looking for s really good attorney ! He’s great.
This review is from a person who hired this attorney.
Hired attorney

Great lawyer and will help you best way possible!! He’s negotiable!! And make sure you are satisfied
This review is from a potential client who consulted with this attorney.
Consulted attorney

Robert, is caring, sensitive to your situation, gets tthe resultsyou are looking for to the best of his ability B working diligently, in good faith for you. I am not the easiest mom because I worry, I care & I was scared to death for my son, but Robert Pu me at ease & let me know he will do his very best. If you are looking for a guarantee then get a dishonest Attorney bcuz no ethical Atty can make a guarantee. Robert is ethical, reliable & professional. My son was looking at 5 felonies and he got him probation & 1 felony. I am a dedicated mom who only does the best for her son which is not always easy if they were a good citizen, trying always to think about others & he fell into the system by meeting the wrong people & that is why I called Robert. I was referred by an attorney running for office in Raleigh so, a respected An Atty referred him bcuz he knew he was the best! I thank God everyday for Robert Parrott!!!
This review is from a person who hired this attorney.
Hired attorney

As the title said, Mr. Parrott handled both mines and my buddy's speeding tickets that we shamefully received from the Raleigh Police. He was able to get both our cases knocked down to improper equipment (which is what I initially wanted). To add on top of that, he was able to get my buddy's tinted window violation dismissed. All around great guy, pleasant to talk to, fair quotes and dependable. Would definitely recommend Mr. Parrott.
This review is from a person who hired this attorney.
Hired attorney

Mr. Parrott is on your side!

Mr. Parrott represents you as he sees fit and does a great job protecting his clients from detrimental mistakes that could have negative effects in the case. This attorney does his homework and has everything he needs ready come court day. He did the best job for me and I am so thankful for that. I will definitely hire him again. Superb representation if I do say so myself.
This review is from a person who hired this attorney.
Hired attorney
See all reviews

Robert is not only a stellar criminal defense lawyer, he's also very skilled with civil cases, including family law. He has a very strong grasp of the rules of procedure as well as appellate rules.

I am happy to recommend this lawyer to anyone who needs quality legal representation. Robert is a hard-working, diligent advocate for his clients and a good resource for his colleagues. I sincerely endorse this lawyer.

Robert is a dedicated, smart and hard working lawyer. I have referred him a number of difficult cases that was able to resolve promptly with exceedingly favorable results for the client--including obtaining an outright dismissal of a very serious felony case that was set to go to trial. I endorse him wholeheartedly.