Mary Aiken Barrow, a Raleigh native and Broughton graduate, is a partner at Tharrington Smith. She is a Board Certified Specialist in Family Law.

Prior to joining Tharrington Smith in 2012, Ms. Barrow earned her undergraduate degree in psychology from the University of North Carolina at Chapel Hill in 2006 and subsequently received her law degree from the Norman Adrian Wiggins School of Law at Campbell University in 2012. During her time at Campbell Law School, Ms. Barrow served as a member and as submissions co-editor of the Law Review. Additionally, she was a family law research assistant for Professor Jean Cary of Campbell Law School. Ms. Barrow is the recipient of the Robert A. Jenkins Award for outstanding representation of the Campbell School of Law to the community, the profession, and the public. Ms. Barrow received recognition as runner-up in the American Association of Justice’s Regional Student Trial Advocacy Competition in 2012 and as both a semi-finalist and recipient of the Second Best Brief Award from the U.C. Davis Asylum & Refugee National Moot Court Competition.

Ms. Barrow is a national member of the Order of the Barristers, having exhibited excellence and attained high honor through the art of courtroom advocacy, and she is a member of both the Wake County Bar Association and the Family Law Section of the North Carolina Bar Association. Since 2016, she has been a guest lecturer at the University of North Carolina School of Law in the Family Law Practice Seminar. Ms. Barrow has also served as the firm coordinator for various WCBA and Legal Aid drives.

When not practicing law, Ms. Barrow spends her free time chasing PRs in road races of varying distances. Her current focus is on the half marathon (1:20) and the marathon (2:55). She is also an avid UNC basketball fan. 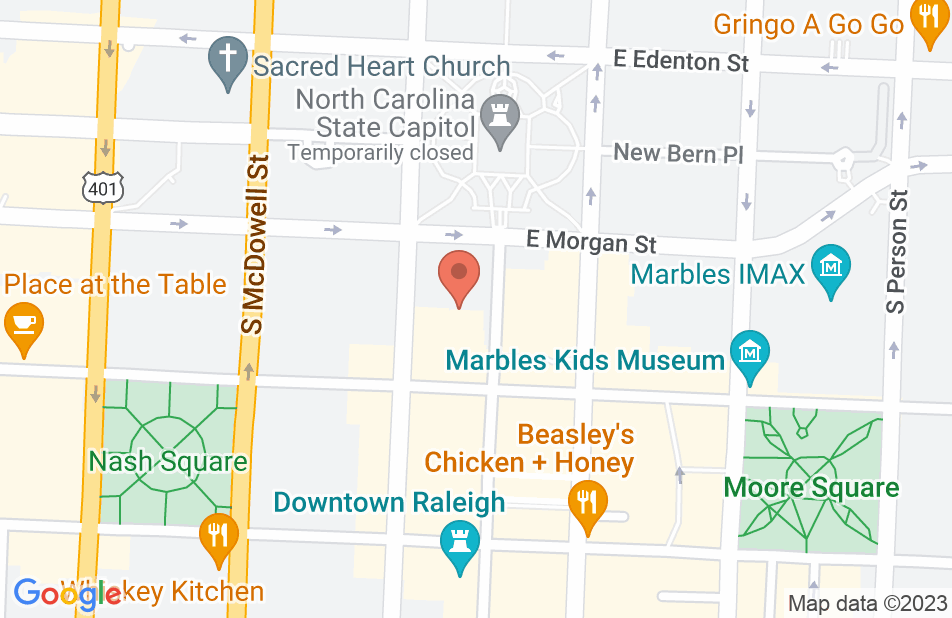 Not yet reviewed
Review Margaret Barrow