A lifelong resident of Norfolk, Bryan Harrison has represented defendants in over thirty jurisdictions of Virginia. With extensive trial experience in criminal and traffic defense as well as civil litigation and divorce, he is acutely knowledgeable of the Virginia Courts in Hampton Roads and the Eastern Shore as well as Isle of Wight, Southampton, Brunswick, Sussex and Greensville Counties, among others. Mr. Harrison is also admitted to the U.S. Bankruptcy Court, Eastern District of Virginia since 2006 and has comprehensive experience in Wills and Estate matters.

A graduate of Granby High School in Norfolk, Bryan went on to get his Bachelor's Degree at Old Dominion University in 1997 before seeking a Master's Degree. He successfully established and operated his own business, Harrison Contracting, while attending college and used the proceeds from its sale to study at Regent University School of Law. He earned his Juris Doctor in 2005 and was admitted to the Virginia State Bar the same year.

As a founding partner of the the law firm of Hobbs & Harrison, PLLC, Mr. Harrison strives to provide candid legal advice and exceptional representation throughout Hampton Roads including the Cities of Norfolk, Virginia Beach, Chesapeake and the neighboring counties of Southampton, Northampton and Accomac. 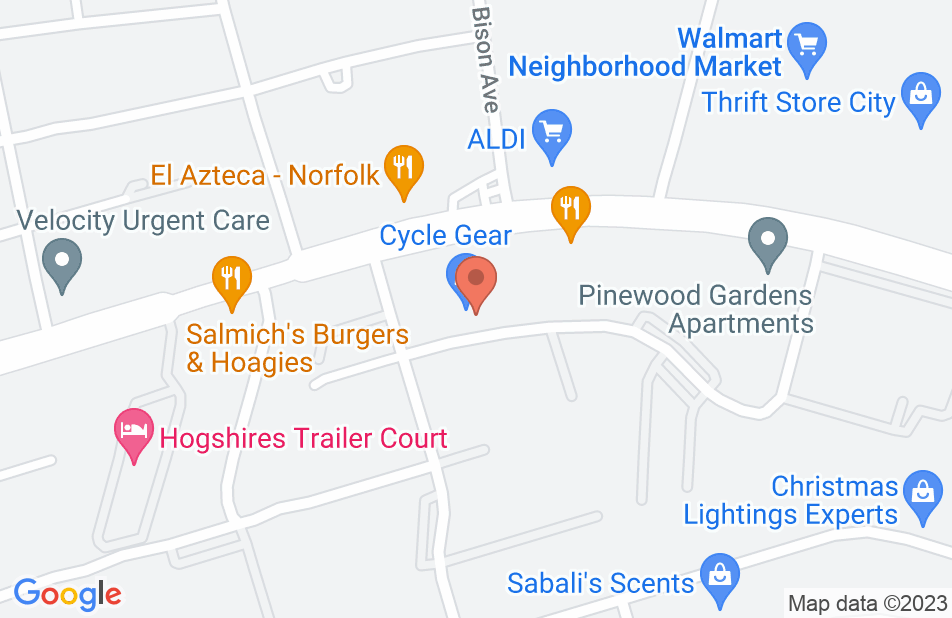 the process of court related procedures can be daunting brian put my mind at ease the process was not difficult not costly and successful his staff is always there to help with any and all questions brian is the way to go
This review is from a person who hired this attorney.
Hired attorney

I got a speeding ticket on the Bay Bridge tunnel. Mr. Harrison advised me on what actions to take to get this rectified without having to get points on my licenses.Jis office did exactly what they said they would. EXCELLENT !!!
This review is from a person who hired this attorney.
Hired attorney

I was very happy with choosing Bryan to represent myself and my girlfriend with our traffic citations. He was very professional friendly and thorough. Bryan made us both feel very comfortable and he got the results we were looking for. I would highly recommend him to represent anyone that has an issue that needs a professional!
This review is from a person who hired this attorney.
Hired attorney

He did exactly what he said he would do and i was very pleased with the outcome of my case. He was very professional and knowledgeable in my matter.
This review is from a person who hired this attorney.
Hired attorney

A family friend recommended Mr. Harrison and after speaking with him for the first time, I understood why. Mr. Harrison actually listened and took notes while I went over the facts of my case. He asked me questions I hadn't even considered and then he gave me his legal opinion. I can honestly say that when I walked into his office I was a nervous wreck, but after speaking with him it felt like a huge weight had been lifted off my chest. Needless to say, I retained Mr. Harrison that day and I'm happy to say he was just as impressive at trial. His anticipated result was spot on and he even stayed around after the trial to answer my questions. If you are looking for a great attorney, I would certainly recommend him. I took my friend out for dinner to thank her for recommending him.
Bryan Harrison's response: Thank you very much for taking the time to write a review regarding my services. As an attorney I know my reputation is my greatest asset and I strive every day to provide the very best legal services for my clients to not only maintain it but to also provide them with the service they deserve.

I worked with Mr. Harrison for several years before he joined Hobbs & Harrison. Mr. Harrison is a top-notch attorney. He is well respected by colleagues and clients alike. I whole-heartedly endorse Mr. Harrison.

I endorse Bryan. He is a highly skilled attorney that is well respected in the legal community.

Nicholas Hobbs, DUI and DWI Attorney on May 9, 2012
Relationship: Fellow lawyer in community