Our Firm has over 30 years of experience helping injured workers and those hurt by negligence.

Joseph A. Miller, Esq. was born in Brooklyn, NY, but grew up in Portsmouth and later, Chesapeake, Va, attending Western Branch High School, Class of 1980. (Go Bruins!). He graduated from Emory University in Atlanta, Ga with a B.A. in 1984, and later William and Mary Law School in Williamsburg, Va, in 1987. He was admitted to Practice in Va in 1988, and North Carolina in 1994. He currently holds licenses in both States.

He initially went to work in the field of Federal Employers Liability Act (FELA) or railroad injury law, at his father's firm, Miller and Bondurant. Ltd. His father, Bernard Miller, who previously held an emeritus or 'of counsel' position in Mr. Miller's current firm until his passing in 2016, was also a very succesful trial attorney. At Miller and Bondurant, Mr. Joseph Miller focused on representing railroad workers injured on the job throughout the Southeast, in North Carolina, South Carolina, Georgia, Alabama, Tennesee, and Maryland.  Over the course of 10 years, he successfully obtained millions for his clients in both verdicts and settlements.

Joe subsequently began his own firm in 1999, Accidental Injury Advocates, Ltd., now known as Joe Miller Law, Ltd., where he continued representing and obtaining succesful results for injured railroad workers under the FELA, later expanding his practice to include all injured workers in North Carolina and Virginia, as well as all those injured or killed due to the negligence of others, including car accidents, truck accidents, motorcycle accidents, and wrongful death cases. In 2017, the firm moved it's main offices to Virginia Beach, VA. Joe Miller Law now primarily focuses on representing severely injured workers, and is also known as The Work Injury Center. 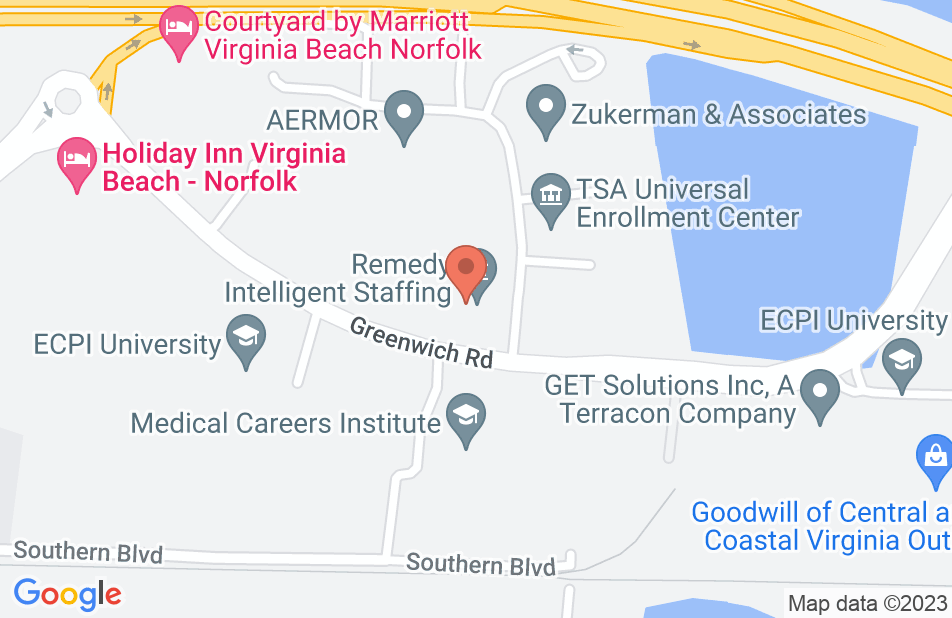 Joe Miller, Lisa Hancock and the rest of the JML team are the absolute best in the world! They helped me through a very trying time of my life after my work accident and went above and beyond to ensure that myself and my family were taken care of. They continued to check in even after the case was settled. They were easily accessible for questions and advice throughout my ordeal. If you want a team to fight for you and your rights as an injured worker, then Joe and the rest of the Joe Miller Law team are your absolute best choice! You won't regret that decision! Thank you so much, Joe, Lisa, and team!
This review is from a person who hired this attorney.
Hired attorney

I walked into Mr. Millers office the other day, for some questions.. Tracy took the time to sit down with me and ask and answer some questions to give to Mr. Miller. The next day Tracy phoned me back. I would like to say thank you for your service and the answers I needed.
This review is from a potential client who consulted with this attorney.
Consulted attorney

Thanks for your help

Recently we urgently needed legal advice on a pressing issue and were so happy to receive immediate help from this office. We walked in to get information on our problem and were greeted by Andrew, who went above and beyond to give us the help we needed in a very courteous and personable way. We give our highest recommendation to both Andrew and Mr. Joe Miller. We really appreciated their care and assistance.
This review is from a potential client who consulted with this attorney.
Consulted attorney

They worked hard for me....

I retained Attorney Joe Miller after I was having issues with worker's comp authorizing treatment for my back injury. He and his associates were diligent and worked hard on my behalf, and I received the treatment I needed. Unfortunately, I had a medical complication arise that could have killed my case. Still, we persevered and I was awarded a very substantial settlement. I will be forever grateful for their guidance during this very trying time...
This review is from a person who hired this attorney.
Hired attorney

Great firm to work with

I would highly recommend Joe Miler Law! Joe and Lisa handled everything for me in a friendly and professional manner with a great outcome.
This review is from a person who hired this attorney.
Hired attorney

Joe Miller and his team are the best hands down. When I was in a car accident last June, there was no way I could afford my emergency bills or a chiropractor. But with Joe’s help, all my bills were covered and I received additional compensation. His team are amazing. Lisa helped me through every step of the case. She reassured me when I needed it and responded quickly to my emails. Andrew was extremely knowledgeable and was patient when answering all of the questions that I had. I'm grateful to everyone at Joe Miller Law. They took a lot of stress off my shoulders and I was extremely happy with the outcome of my case. If you are injured, I would definitely recommend Joe Miller Law to handle your case. You won't be disappointed.
This review is from a person who hired this attorney.
Hired attorney

Put your trust in the whole team at Joe Miller law

When I was looking for a good attorney to handle my case I did read a lot of reviews on attorneys, I can say that after choosing attorney Miller I was not disappointed, from the first phone call they were friendly, professional and very helpful. Everyone in the office ( Lisa was terrific ) they kept me up to date every step of the way. they made me feel like my case was the most important case they had. I would highly recommend Attorney Miller and his staff to any one who needs their services.
This review is from a person who hired this attorney.
Hired attorney

Joe and his staff were extremely helpful to my case. They were easy to communicate with and explained everything in lamen terms so I could understand what the workers comp company was doing. It was 4 years of pain and suffering for me after my accident and Joe and his team gave me the support I needed to get through it. They handled all the legal problems so I could focus on my health and getting better. I can't thank them enough for being by my side and treating me like family.
This review is from a person who hired this attorney.
Hired attorney

I was very impressed with the services that I received from Joe and Lisa. Lisa was very professional and responded right away when I had questions. Lisa was also helpful with explaining everything with me, she even would call to see how I was feeling. Although I have never met Lisa is person she was truly an angel.
This review is from a person who hired this attorney.
Hired attorney

Lisa has been a breath of fresh air to work with. Trust worthy and honest, tells you exactly how it is. Workmen’s comp claims aren’t peaches and cream, she doesn’t sugar coat anything. She knows my case and researches what she doesn’t promptly. Lisa keeps me updated on any info that is provided to her and explains it in layman’s terms for me. Mr. Miller what an asset she must be for your company, as well for me. Thanks for all your firms help. Mitchell
This review is from a person who hired this attorney.
Hired attorney
See all reviews

A true professional who works hard for his clients. I endorse this lawyer.

Brilliant and relentless for his clients. An important member of our legal community. I would want him on my side.

Mr. Miller is a passionate advocate who really enjoys helping people solve problems. He is easy to talk to and all the clients I have referred to him have been pleased with him and the services of his firm.

Joe is an extremely smart, hard working and dedicated attorney. I have referred a number of clients to his office for over a decade. He fights hard and achieves excellent results.