I am a criminal defense attorney that believes there is always an argument to be made. Myself and my firm are constantly seeking new, innovative arguments based on the bedrock of years of experience before the court.  Once the issues in the case are determined, a team of professionals will look at the issues to find all possible arguments and tactics. 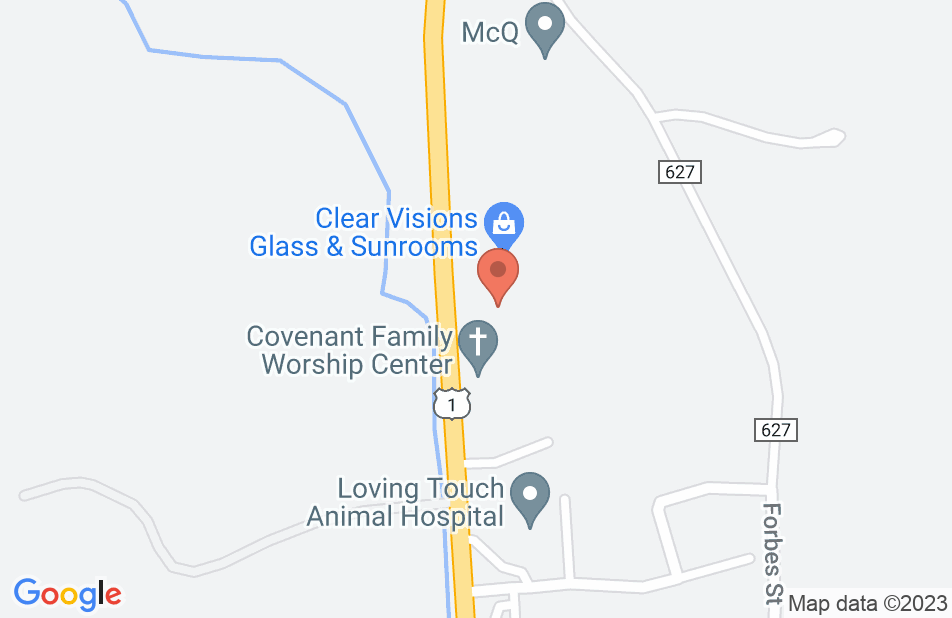 Mr Koch was a blessing. I was facing a felony with up to multiple years in prison, and Mr. Koch got it reduced to a misdemeanor with ZERO time in prison. He was also able to help me maintain my Driver's license. In addition to being very knowledgeable, he was also very compassionate and understanding. I don't have enough kind words to say about Mr. Koch. If I could rate him higher than a five, I would. I recommend him to anyone facing charges in the Stafford area. While other attorneys were hesitant to defend a case in Stafford, Mr. Koch dove right in, and got the best results I could hope for. Give him a call, and you won't be disappointed!!
This review is from a person who hired this attorney.
Hired attorney

Mr. Koch saved my family. I was facing serious felony charges. During the process I had moments of doubt, but Mr. Koch's confidence always reassured me. My case went all the way to a jury trial and Mr. Koch was fantastic in the courtroom. He had a unique way of connecting with the jury and making the defendant appear to them as a human being with dignity. Mr. Koch aptly showed the jury that the charges against me didn't carry water and they found me not guilty on all counts. He is amazing!
This review is from a person who hired this attorney.
Hired attorney

Caring, compassionate, fair...one in a million

My wife and I had been dealing with a nightmare of a legal issue regarding unfair alimony that was awarded to my ex. It was as close to a life-or-death scenario as we had ever been in. We have a small child, had been evicted because we couldn't pay our own rent due to the alimony and were living in a one bedroom apartment with my wife's mother. We spoke with dozens of lawyers who said they might be able to help but were really just interested in how large of retainer we could come up with. Completely coincidentally, we stumbled upon Mr. Koch. From our first conversation I could tell he was different. He displayed a sincere desire to listen to our situation and when he heard how dire it was, his focus was on getting it fixed, the money was secondary. He was fair with the pricing, responsive and compassionate. When we lost our first hearing, he stayed behind while I hung my head, telling me we still had hope. A few days ago, we won our appeal and are now able to live a normal life for the first time in three years. If I could rate Mr. Koch at 100 stars I would.
This review is from a person who hired this attorney.
Hired attorney

Price did a real good job representing my son. It was a long drawn out process of 10+ months, but he got my son the best outcome possible including no jail time which was our biggest fear. He listened and gave excellent council. I hope my son never requires his services again, but if needed I would certainly call him for a criminal case.
This review is from a person who hired this attorney.
Hired attorney

Hopefully I will never need to call a criminal attorney again but if I do he will be the only one call. I usually do not go out of my way to leave reviews and was surprised he does not have more reviews.
George Koch's response: It was my pleasure to help you.

Price was able to get speeding ticket reduced to a non-moving violation. He is extremely personable and was always in contact throughout the process. I would definitely recommend him to any of my friends or family should they need legal counsel.

I am very grateful to Mr. Koch for my "Not Guilty" verdict

Mr. Koch represented me in a case where I was being falsely accused of Assault & Battery in Fairfax County, Va. It was about the most unpleasant experience of my life - and of course I was pretty anxious throughout the whole ordeal. Mr. Koch was always polite and patient. I felt like he really listened to me and answered all of my questions. I trusted him and I am glad that I did. The end result was that I was found "Not Guilty". I do definitely recommend him.

Helped me out of the worst problem in my life

I was scarred to death through the whole situation. It was hard to trust some one I didn't know when my life was on the life. But looking back, my lawyer did everything right. I couldn't have been happier

Price Koch Beware he forgets to show up for court!!

Price Koch was very unprofessional in handling my sons child custody and support. Communication was practically non existent on his part. What really upset us is the fact that he told me he forgot to show up for a court date! My son was incarcerated and they did not transport him either, so..........basically judge listened to mother and socked it to my son, with no apologies from Price Koch and when I asked for money back ALL communications stopped! I have contacted Va Bar to file a formal complaint. This firm is a JOKE!!!
George Koch's response: I once again apologize for not being able to achieve the outcome desired and regret that you are still dissatisfied with my services. Ethically, I cannot discuss any details in a public forum, but sincerely advise you to contact me directly to discuss this further.

Mr. Koch is a seasoned trial attorney, with numerous successful juries under his belt. I have often bounced ideas off of him and recommend him highly.

Price Koch is very experienced but is always finding creative solutions to legal problems whether in criminal or civil litigation. He has a very impressive courtroom presence which instills confidence and gets his clients great results.

Mr. Koch is quite the advocate. His extensive experience as a trial attorney has brought him great success with juries. Mr. Koch has an incredibly strong courtroom presence and is able to craft creative defense strategies. The courtroom is certainly this attorney's element, and observing him litigate is both inspiring and commendable.

I endorse this lawyer. Price is an intelligent and experienced attorney.

Price is a very smart, experienced attorney who enjoys a great reputation with local prosecutors and judges.

I endorse Price. He is a highly skilled attorney that is well respected in the legal community.

Ian Whittle, DUI and DWI Attorney on Jan 31, 2014
Relationship: Worked together on matter

I've worked with Price Koch for several years now. He is an excellent attorney and always gives clients the individual attention they deserve.

I endorse this lawyer. George Price Koch is a highly competent attorney, knowledgable, and friendly.

Mr. Koch is an effective advocate for the accused. Highly recommended.