Dorothy R. Fait is a Montgomery and Frederick family law attorneyand the founding partner of Fait & DiLima, LLP. She was admitted to the Maryland Bar in 1973, the U.S. Supreme Court in 1977, and the U.S. Court of Appeals, Fourth Circuit in 1979. She received her J.D. from the University of Maryland in 1973. 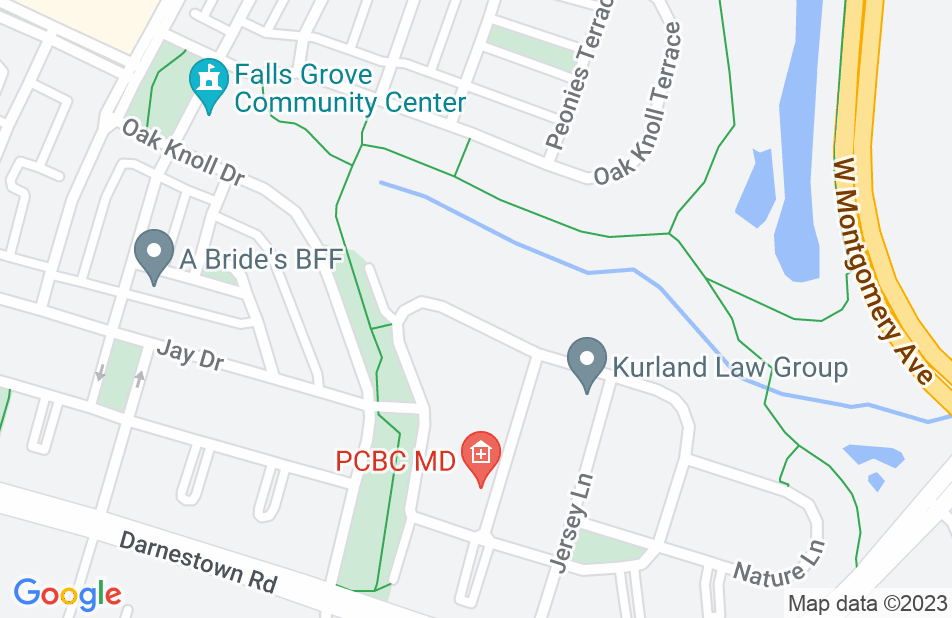 I had met several family law attorneys in the past through the Montgomery County Bar Association, and 2 years later when my (ex-)husband and I decided to get divorced, she was top of mind. Before contacting her, I did still do my due diligence, researching her credentials and online reviews, including on avvo.com – an online directory of attorneys. Dorothy had a 10/10 Avvo rating, which is based not only on client reviews, but also on recognition from the legal community, years of experience, and leadership activities. It’s not easy to get a 10/10 rating, so off I went to request a complimentary consultation from Dorothy. After meeting and hiring Dorothy, the divorce proceeded smoothly. Dorothy did everything, from drafting the settlement agreement, making any necessary revisions, drafting and filing the “complaint” with the court, setting the court date, and then representing me at the hearing. She was always responsive, professional, and clearly an expert, and throughout the entire process. I had no doubt that I was in good hands, and I have no doubt that you will be too. I highly recommend Dorothy Fait for any of your family law needs.
This review is from a person who hired this attorney.
Hired attorney

Dorothy R Fait was my lawyer in an extremely difficult divorce involving child custody. She advised me throughout the process without any issues; very responsive and responsible professional. All my questions and urgent requests were answered immediately, she never made me wait - which is a very important factor in high conflict cases. She paid a lot of attention to details and brought out important facts in the argument, without getting into petty exchanges. She protected mine and my children's interest, and thanks to her I have an exceptionally detailed settlement agreement and a court order that covers all aspects of our life to prevent any possible issues. Aside from that, she is a great person - she is courteous in the courtroom, firm with the opposing party, empathic and understanding.
This review is from a person who hired this attorney.
Hired attorney

I retained Dorothy R Fait for a very contentious divorce and child custody battle after beginning the process with a different attorney. Dorothy and her team always made me feel like their most important client from the thorough initial meeting all the way through the divorce settlement and beyond that to ensure the divorce decree was carried out correctly. Dorothy and her team showed their mastery of the law and the best way to navigate through several difficult issues with opposing counsel. Dorothy consistently showed her expertise in and out of the courtroom. Regardless of the forum, Dorothy is unfazed, focused and handled the defense flawlessly with a favorable outcome on every front. Throughout the proceeding months from custody trial to the divorce settlement, Dorothy and her team held firm to a successful strategy against an extremely uncooperative and bitter opposing counsel that made everything as difficult as possible in every way. Dorothy and her team always display professionalism that you can proud of and have the peace of mind that the best team is representing you. Hire Dorothy, it will be the best decision you'll make.
This review is from a person who hired this attorney.
Hired attorney

Ensure your Fate with Fait

I have retained Dorothy R Fait for a difficult divorce and child custody case. She is truly a pro - well respected by her peers and in the law community. (In fact, she even authored a book on divorce in Maryland)! She is super knowledgeable about the laws, issues and pitfalls associated with divorce and child custody issues. The court room is her domain. She is unflappable, unflustered and determined in her approach to achieving her client's desired outcome. Her strategy and associated arguments are a thing of beauty. If you want to place your case in highly capable hands, ensure your fate with Fait!
This review is from a person who hired this attorney.
Hired attorney

Dorothy prepared a postnuptial agreement for me. She asked me questions and provided me information about financial aspects I had not even considered. I was able to reach a far more favorable agreement than I thought I would receive.
This review is from a person who hired this attorney.
Hired attorney

Where to begin. Dorothy was fantastic with my very complicated divorce and the problems that come after. Her knowledge and expertise helped me in so many aspects especially when it came to the safety and well being of my 3 children. She came through on every aspect of my divorce from child support, alimony, custody, and visitation. Hands down was worthy every $$ spent.
This review is from a person who hired this attorney.
Hired attorney

Worth every penny and then some!!!!

Nothing about divorce is easy. I wouldn't wish it on my worst enemy. Dorothy knows her stuff. She takes the complicated issues and simplifies them. I would not have been able to get through this difficult time without her help and landing on my feet. I am able to get my life back on track now. And not just divorce, I had landlord issues as well. I reached out to her hoping maybe she knew someone who could help. She handle the whole mess quickly and with the best outcome for me. I love her! I highly recommend her to anyone who needs a lawyer, she is the best and worth every penny.
This review is from a person who hired this attorney.
Hired attorney

Dorothy is sharp, on top of her game and genuinely engaged in what is best for her clients. I felt taken care of and I knew Dorothy had my best interests at heart. She is smart and her smarts are what resulted in the best outcome for me. I highly recommend her. I can't say enough good things about her.
This review is from a person who hired this attorney.
Hired attorney

Ms. Fait helped me win my child custody case. She always communicates thoroughly and answers any questions you have in a timely manner. Her calm, yet assertive demeanor really helped me stay grounded through the process. Her expertise in family law is truly amazing!
This review is from a person who hired this attorney.
Hired attorney

Dorothy did a fantastic job as my divorce lawyer. She was calm, competent and focused on the key parts of the case. I would not have come out of the divorce as I did: we won all pleadings in the case and – more importantly – I was able to make it through probably the most stressful time of my life (with my sanity intact). I came to her after having worked with a couple of other lawyers, having interviewed some others, and having met even more as my ex-wife’s attorneys. Dorothy stood out above all of them. She was able to take out all the drama that my ex tried to bring into the case; she was able to meet the aggressive approach of the other attorney with calmness and a solid focus on facts. If you’re looking for an attorney who amplifies your own emotions and you want to turn your case into a melodrama, you need to look elsewhere. If you are looking for a solid rock who gets you through a difficult time in life, Dorothy is an excellent choice.
This review is from a person who hired this attorney.
Hired attorney
See all reviews

I highly endorse this lawyer. Attorney Fait is extremely knowledgeable in all aspects of family law including custody, divorce and support matters. She is always prepared for her cases, and tenacious in her representation of her clients. She is also professional in her demeanor and very personable. I recommend her services for any aspect of family law.

I endorse this lawyer. Ms. Fait is knowledgeable, experienced, meticulous, and a pleasure to work with.