Emily leads our firm’s litigation team, focusing on all aspects of divorce, custody and child support matters. Emily’s favorite place to be, when she’s working, is in the courtroom. She is a seasoned litigator who will tell you that there are few things in life better than a well-executed cross-examination.

When she’s not in court, Emily is one of the nicest lawyers you will ever meet. Within the firm she is known for her ability to approach every case with a calm focus that puts her clients at ease. She has earned the well-deserved reputation among her colleagues for her willingness to successfully take on some of the most difficult divorce and custody cases throughout the state. Without a doubt, Emily is the trial attorney you want seated on your side of the courtroom. 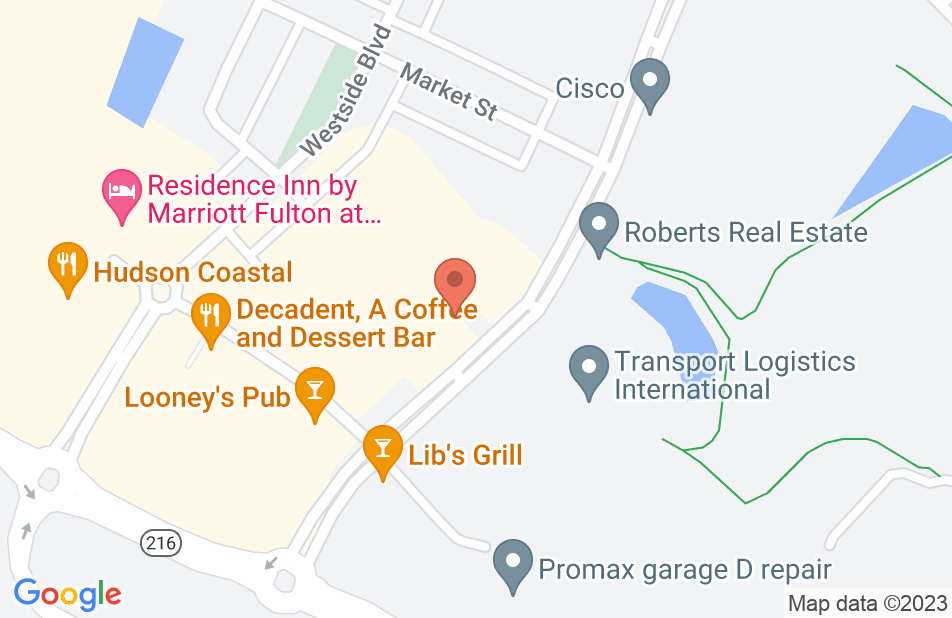 I selected Emily Russell of McCabe Russell, P.A. for legal representation in a divorce case and a civil case as the Plaintiff and it morphed into an unfounded restraining order case and an unfounded criminal case with me as the defendant. Emily has the knowledge and experience in dealing with high conflict / challenging family law cases (narcissists) and her calm, professional demeanor and thorough preparation was successful in winning all the cases in my favor. With the stress of four cases happening concurrently, having Emily, Associate Attorney Jennifer Bradbury and their supporting staff’s personal attention to the details of each case was a huge relief to me. They were patient, responded promptly and dedicated to getting the truth known to the judge in each case. They made a difficult time easier. McCabe Russell, P.A. is a highly organized law firm. Their webpage is state of the art, allowing payments to be made and documents to be uploaded securely. I would highly recommend Emily Russell and Jennifer Bradbury of McCabe Russell, P.A. -Jeanne Gutierrez
This review is from a person who hired this attorney.
Hired attorney

Custody modification is often even more challenging than an initial custody proceeding. The "material change" and "best interest" standards are rather subjective and a judge is not inclined to change a custody agreement without overwhelming evidence that it would improve the child's situation. Despite the inherent difficulty, Ms. Russell achieved the exact result we set out to achieve in my custody modification case. She is an incredible strategist and litigator with a total command of MD custody law. Every part of the plan was well-considered and well-executed. I would highly recommend Emily for any family law matter. I would also recommend listening to her when she provides advice. Unlike some attorneys, she doesn't hedge on every recommendation to the point that you're making all the decisions without knowing the possibilities of how those decisions will turn out. She will provide sound advice taking into account the facts of the matter. Tell her the truth, take her advice, and let her do her job. She is equipped to attain the best possible outcome for you and your family.
This review is from a person who hired this attorney.
Hired attorney

My very first impression of Emily was amazing. Friends of mine were having their first child and the hospital would not allow the non birth mother to access their newborn due to them being a same sex couple. Emily not only answered her phone right away, she drove to the hospital to make sure her clients were being taken care of! Emily (and Heather) stepped in to handle was was quickly becoming a very emotional situation. Within moments the problem was solved and our friends had a smooth adoption afterwards. I knew Emily was going to be my first call to handle dissolving a civil union (issued only in Vermont) that I had been a part of since 2001. Emily met with me to go over my options on what I was told by two other attorneys would be nearly impossible and very costly. My former partner and I were tethered to a civil union that states no longer recognized and they were obsolete as marriage equality was on the horizon. The unfortunate part was those living in civil unions who had separated, like myself were caught up in the red tape of the courts with many courts claiming no jurisdiction, yet this was still a legal binding that would had to be dissolved to get officially married. From the start Emily said "we will get this done, and if we can't at first we will keep trying until we do". Emily went far above and beyond in my case. On the day before the trial, the courts were all of a sudden requesting my EX be present. She lives 1200 miles away. Emily called the court endlessly the entire day and after hours, she faxed forms to the judge and guided not only me but pointed my ex in the proper direction to make sure she would not be left in some sort of trouble with the courts. As my case was in front of the judge, i was worried! I felt the judge was tough on the cases before mine....Emily was right next to me and consistently told me "its ok". When it was time for my case, Emily was confident and calm in front of the judge. She had a quick response for every question and was prepared for what seemed like anything and everything. 10 minutes later, my civil union which had been in limbo for years, was dissolved! Emily Charged me a regular uncontested divorce rate. She responded to every call and email within hours. I still can't believe it and Emily and I stay in touch to this very day! if you need an attorney, this is your answer. EMILY AND HEATHER. They are not just attorneys, they are real people who truly get it. You'll never feel intimidated or pressured, Emily made me feel like she was fighting for a personal friend the entire time.

I can't begin to say enough about this firm. They treat you like you are family. They provided the utmost attention to detail. Their level of care and professionalism is a rare commodity! Would us them again if ever the need arose without any hesitation.

After 15 months of litigation and my heart breaking from missing my son so much, Emily and her passion for helping families and fighting for her clients, brought me to victory. As a non-bio mother, I had no more legal rights to my son than a homeless person. In the end I got joint legal custody and shared physical custody with a much better schedule. My son doesn't have to worry anymore and neither do I.

Custody issues... Emily Russell was exactly who I needed to represent me. She is very knowledgeable. Her demeanor is calming and confident. She kept up with my ex-husbands attorney and pushed him to do what he needed to do. She treated me as her "partner" in this battle. I felt so comfortable talking with her about how I felt and what I wanted to happen next. She guided me with incredible compassion. I will call her if I EVER need an attorney again!

For some people divorce is stressful. For me, divorce was personally and professionally liberating. The decision and consequences built consistently and over the period of years to remind me of my path and the importance of being true to myself, while galvanizing my love and dedication for my son. Heather McCabe and Emily Russell came into my life by my sister's introduction. The processes by which they tackled the various intricacies of my family's difficult circumstance were underwritten by their fundamental capacity to listen deeply and discern how best to accomplish true success. Compassion was interwoven with tenacity and organization. They alternately supported each other and led. Ultimately, I got to feel them standing up for me as my heroic spokeswomen, fighting our cause with determination. On those days when they won, more often than not, I stood, moved, and thankful to them and to Maryland for hearing me, for making them, and for being my home. It is without reservation that I recommend McCabe Russell, PA for not only their family law expertise but also for their capacity to embark with you on a nuanced journey toward your transformation.

Ms. Russell is an excellent family law attorney. She knows the courts, the magistrates, and her professionalism made it possible to help difficult clients in a contentious situation.

Emily is an extremely thoughtful, thorough, assertive, and compassionate attorney. She uses the law to achieve her clients’ current and future goals. Emily is dedicated to ensuring that all families have equal protection under the law. I recommend her services without reservation.

Emily is a compassionate, fearless advocate for her clients. She is knowledgeable, tireless and professional in all aspects of her work and I recommend her highly.

Emily is a very good family law attorney with experience in divorce, custody and child support. I routinely refer clients to her particularly for LGBT matters involving these areas of the law.

I fully endorse Emily and her firm. She has incredible experience, not just in the family/divorce law realm in general, but especially with regard to non-traditional families and situations. Many of my estate planning clients also come from non-traditional families and relationships, so it is important for me to have a family law attorney I can trust to refer my own clients to, and who I know will take good care of them.

I'm fortunate that Emily is always on my side of the conflict. While being a consummate professional, she is a formidable attorney and litigator. Although she is happy to settle matters appropriately and reasonably, she enjoys trial work and is comfortable and confident inside the courtroom. She is a well-respected, experienced family law and divorce attorney with offices in both Howard County and Montgomery County, Maryland.