My focus is to achieve the client's goals in a professional, cost-efficient and strategic manner.

Carlos M. Lastra is a highly effective trial lawyer whose experience has earned him such recognitions as being named a top "Divorce Attorney" in Washingtonian and Bethesda magazine and in Marquis' Who's Who in American Law, as well as an "AV" rating by Martindale-Hubble.  He has also been named by the Maryland and D.C. Super Lawyers publications as one of the top Maryland and D.C. metropolitan area Family Law attorneys.  As a result, he has appeared and provided expert analysis on both TV [Click on first Video left or below in "Photos and videos"] and Radio [Click on second Video left or below in "Photos and videos"]; and in U.S. News & World Report [See in "Publications" in "Resume" by clicking "Show full resume" below ].

Mr. Lastra has presented programs on handling domestic violence cases for the Bar and also edited Pleading and Litigation Tactics in Domestic Cases for the 9th edition of MICPEL's Maryland Divorce and Separation Law Manual, used by lawyers statewide.

Mr. Lastra was awarded the 2010 Family Law Practitioner of the Year by the Montgomery County Bar Association, as well as a Community Service Award for directing the Bar's Domestic Violence Project.

Prior to joining the firm, Mr. Lastra operated his own practice in Miami, Florida, focusing primarily on criminal defense and personal injury matters. He was previously a Special Assistant Public Defender for the Miami-Dade County Public Defender's Office.

In addition to his legal expertise, he is fluent in Spanish.  Raised in Miami, Florida, he received his Bachelor of Arts from the University of Miami in 1989; and in 1992, he earned his Doctor of Jurisprudence from the University of Miami School of Law. While in law school, he was a Certified Legal Intern, prosecuting felony cases for the Law Offices of Janet Reno, Miami-Dade State's Attorney.  Mr. Lastra also served as a law clerk to the Honorable Leonard M. Rivikind. 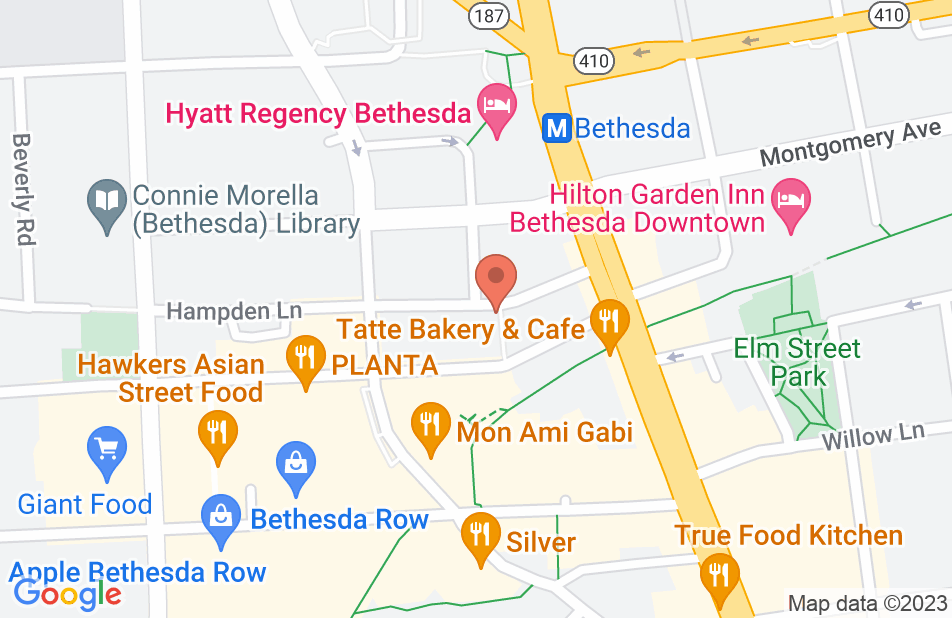 Bottom Line, Carlos found a way to avoid the bulk of an excessive discovery demand and guided us successfully through a deposition meant to harass and damage our daughter's custody chances in her divorce. In his office, Carlos was direct, honest, and efficient in telling my wife and I what to expect and how to prepare for our deposition. He attended the depositions and successfully fended off potentially damaging (to our daughter) questions. He successfully argued in a court hearing to end the attempt to have a judge order a second day of deposition. In the courtroom at a hearing to protect us from further discovery and depositions, he was masterful. It took him seconds to lay out his reference papers (8 or more) on the attorney table in front of him. Then he proceeded to talk through them methodically... rule after law after precedent after Latin phrase. The opposing council (and I) couldn't keep up. The judge finally latched on to the rule she liked best and pointedly demanded an explanation from the opposing council. The authoritative ticking off of rules and precedents was complemented, importantly, with catchy phrases and colorful words to drive his points home... harassment, exploit, financial burden, second byte at the apple. The protective order hearing was relatively short and completely successful. Someone once gave me the advice to stay away, at all costs, from situations where you might need to hire a lawyer. But if you need to hire a lawyer, get the best you can. My wife and I would hire Carlos Lastra again... but we hope we don't have to.
This review is from a person who hired this attorney.
Hired attorney

Excellent Lawyer who listens to you. He has strong arguments which he backs with different rulings in court. Another quality is that he is a very ethical attorney which is a rare find today. I would hire him again in a heart beat.
This review is from a person who hired this attorney.
Hired attorney

Expert advice exactly when I needed it!

I was faced with a challenging family law situation and reached out to Carlos Lastra for advice and counsel. During our conversation it became clear that I was speaking with a subject matter expert and a leader in the field of family law. The advice that I received was clear and concise, resulting in the absolute best possible outcome for me. In addition, I felt that Carlos took a personal interest in the outcome of my situation.
This review is from a potential client who consulted with this attorney.
Consulted attorney

Divorce isn't easy and having a spouse surprise you with one, makes it that much more difficult. After my initial consultation with Mr. Lastra, I knew immediately that his representation was exactly what I was seeking. Mr. Lastra and his team made a very difficult situation easy to navigate and get through with a positive outcome. I highly, highly recommend Mr. Lastra and his firm!
This review is from a person who hired this attorney.
Hired attorney

Once I realized that a custody battle was inevitable, I sought counsel from several attorneys. I ultimately decided to hire Attorney Carlos Lastra, shortly after our initial consultation. The reason is that during our consultation, Carlos provided me with several potential strategies, with substantial detail about how the laws work in these matters. What’s more, beyond a mastery of family law, Carlos is empathetic and puts himself in the position of his clients. This is particularly important as it allowed me to make the most informed decision to optimize time, resources, and desired outcomes. While I would not wish a custody battle on my worst enemy, I cannot recommend Carlos highly enough if you should find yourself in this situation. A consummate professional, with a distinct style that combines legal might and diplomacy, you can rest assured that Carlos has your best interest in mind.
This review is from a person who hired this attorney.
Hired attorney

Mr. Lastra’s help was really exceptional. From our first meeting, I could tell that he was very experienced and was used to navigating very complicated matters. He was very well prepared, courteous and knowledgeable. He really made me feel at ease and his approachable demeanor made me feel at ease. He was able to understand the unique aspects of my situation and his approach was very refreshing. He gave me some solid advice that I have already implemented. I will definitely be using his services.
This review is from a person who hired this attorney.
Hired attorney

As a client, I hold attorney Lastra in high regard. He is highly skilled in his specialized legal area, where focus, attention to detail, and maintaining panoramic understanding is paramount. Carlos is personable and adds sincerity to litigation. As an attorney, he effectively manages subordinate staff, and has the ability to compartment, delegate making him valuable in politically impactful cases. A gentleman as well, Carlos is a welcome addition to Washington.
This review is from a person who hired this attorney.
Hired attorney

A Great Attorney and Firm

Carlos represented me well. He has the ability to lay out all of the different ways to approach a case in layman's terms. He kept me calm and confident throughout very stressful situations. I was so pleased with Carlos and his team that I began referring my personal business' corporate legal needs to his firm for employment law and contract guidance.
This review is from a person who hired this attorney.
Hired attorney

The Right Pilot for your Hurricane (Divorce)

Posted by A thankful physicianTue Apr 21 2020

After having four prior attorneys, I finally found Carlos who successfully navigated me through a difficult divorce. In thinking about the divorce experience, hiring a lawyer was a lot like hiring a pilot. I did not want someone who had just flown pleasure craft in smooth skies. After all, I figured there was going to be turbulence and lots of bumps along the way. I wanted a top gun with lots of experience handling tough cases and a record of great results; and a good communicator. What I got in Carlos was an attorney who piloted my case through a hurricane, and at times it was tough, shaky and scary enough to make me cry. Carlos was steady, fearless and had nerves of steel helping me through the turmoil. Like a great pilot, he routinely reassured me as we were traversing my hurricane of a divorce that we would land safely on the other side. Thank you, Carlos, for flying me through the storm, looks like clear sunny skies from here on out…
This review is from a person who hired this attorney.
Hired attorney

Extremely knowledgeable and responsive. Carlos has a lot of experience and can help you navigate your situation. I highly recommend him.
This review is from a person who hired this attorney.
Hired attorney
See all reviews

William Blackford, Divorce and separation Attorney on Jun 19, 2014
Relationship: Worked together on matter

Carlos is a formidable attorney in divorce litigation (and associated negotiation) in the State of Maryland. I have worked with Carlos on cases and have made a great number of referrals of clients to him with absolute confidence he will do all that he can to achieve a favorable outcome for the client.