Mr. McVicker received his Juris Doctor degree in 1993 from William and Mary Law School, in Williamsburg, Virginia.  In law school, he was a member of the Moot Court Bar and obtained a distinction in Legal Skills. He received his Bachelors degree in French, with honors, from Vassar College in 1984, and his Masters in French from New York University in 1986. He has lived in Switzerland, France, Great Britain, and Spain, and speaks French and Spanish fluently. He has been a member of the American Immigration Lawyers Association since 1995 and has had his own office in Northern Virginia since 1997.  He works together with his wife, Yuliya, who is a native of Ukraine and who speaks Russian and Ukrainian.

The firm offers its domestic and international clients a broad range of legal services on immigration-related matters.  On behalf of businesses and individuals, we assist foreign nationals in securing permission to enter the United States for employment, education, or investment purposes.

Legal counsel and representation are provided, in order to acquire Permanent Residency through employment and family-based immigrant petitions, obtain employment authorization, short- and long-term visas, political asylum, naturalization, and address other immigration matters, including the rights and obligations of both employers and individuals under the Immigration and Nationality Act and the North American Free Trade Agreement.

Our clients include engineers, information technology professionals, scientific researchers, physicians, embassy officials, accountants, architects and economists in professional positions at  companies, academic institutions, research facilities, and international organizations in Virginia, Maryland, and Washington, DC, as well as throughout the United States and in other countries. 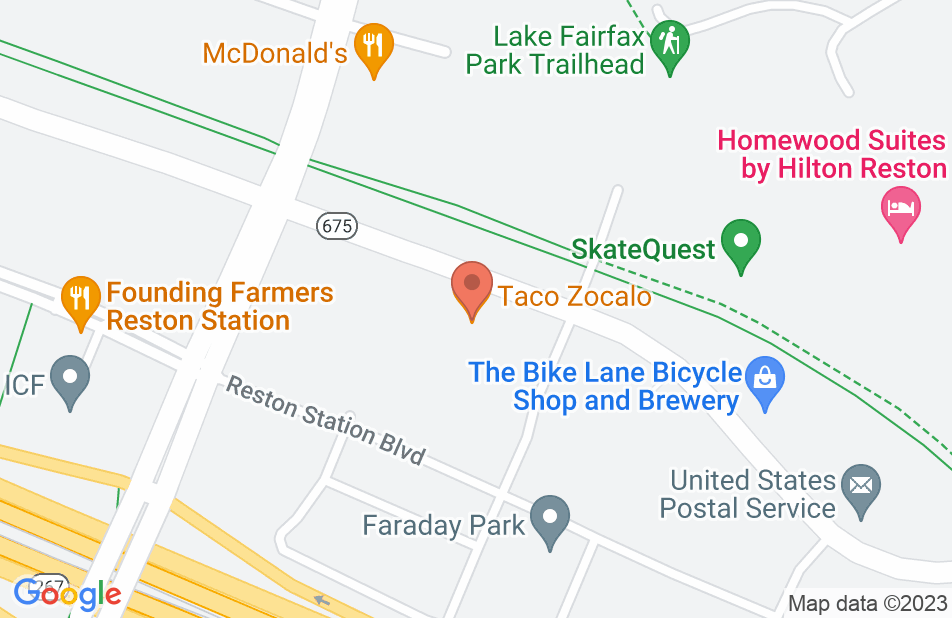 Outstanding service from start to finish. Michael and Yuliya are very professional , efficient , caring and most importantly experts in what they do . we were well informed through the whole process , communication was excellent Everything was explained clearly and concisely Absolutely superb !!!!!! can not recommend them enough Thank you so much !!!!!!!
This review is from a person who hired this attorney.
Hired attorney

Attorney Michael McVicker and his administrator Yuliya McVicker of the Law Office of Michael McVicker were an excellent choice for our I-485/I-130 marriage-based adjustment of status. We went with this firm after interviewing several firms with similar or higher fees but not with more promise of experienced, competent service. Michael and Yuliya delivered, providing complete details before, during and after our process, keeping excellent records, always responding swiftly and thoroughly to emailed questions and tackling all issues particular to our situation. For reliable, well-informed, stress-reducing service, this firm proved to be an excellent choice. We saw advice to go through this process alone, without legal help, and, like going a year without health insurance, that's possibly an option, but issues always arise, and finding resolution that keeps the process on track can be stressful and uncertain without experienced help. We found our choice of this firm to be money well spent, including in particular detailed advice planning months in advance in preparation for our interview.
This review is from a person who hired this attorney.
Hired attorney

Before we hired Michael and Yuliya, we were frustrated by the insane number of forms, exams, and documents required to apply for permanent resident. After our first meeting with Michael, he took the pressure off of us right away and began to advise us, which made the process much easier to endure. Even when USCIS required additional duplicates of records, Yuliya and Michael went beyond service to professionally represent our interest. Their office gave us consistent attention, personal care, and always met us with respect.
This review is from a person who hired this attorney.
Hired attorney

If you are looking for a thorough, ethical and honest attorney who will get your immigration problems resolved then Michael is the right attorney for you. He and his wife Yuliya are inventive and painstakingly accurate in everything they do. They are truly amazing and having used 5 immigration attorneys before Michael, I would strongly suggest you have found the very best with Michael McVicker.
This review is from a person who hired this attorney.
Hired attorney

My husband and I experience with Michael McVicker has been a truly great one. Michael and his wife Yuliya guided us and help us through every stage of the process. Their help in filing was one of top quality, with great efficiency and support . He made sure we had a very strong case that will be successful. From our experience, we can highly recommend, without a doubt that he will deliver. Such great service is worthy of an A plus review. You will not regret hiring him for your immigration service. He can be trusted and have proven to be very knowledgeable about the immigration process.
This review is from a person who hired this attorney.
Hired attorney

I hired Michael to do my case which my wife sponsored me. We got approved on the 2nd interview. It would have been better if we were prepared for the 1st interview. Mike was nice and paid attention to our details. His assistant was also very nice. Professional service
This review is from a person who hired this attorney.
Hired attorney

Mister McVicker was extremely helpful with my application for travel documents. He explained everything to me and he help to complete all the paperwork. In addition, he was eager to provide helpful suggestions without any extra cost in any dealing with government offices
This review is from a person who hired this attorney.
Hired attorney

I hired Michael to apply for a Green Card as a multinational executive/manager. Michael did a fantastic job explaining the process, helping me gather the necessary documents, preparing the case and following up on the application status. I have found Michael extremely competent, professional and responsive. The entire process was flawless and as I expected my application was approved in a timely manner. I highly recommend Michael.
This review is from a person who hired this attorney.
Hired attorney

I have only asked my questions through avvo.com. His informations were very clear, and even tells what may comes after within the choice I made. I would totally reccommend to any of my friends!!
This review is from a potential client who consulted with this attorney.
Consulted attorney

I requested a paid consultation with him. However, he went over my case and made recommendations and responded to all my questions. I am just amazed with his level of professionalism. I found him to posses the unique qualities of a lawyer that is not easy to find these days! Highly knowledgeable, experienced and truly caring! He is very busy so if he can accept your case you are in luck!
This review is from a potential client who consulted with this attorney.
Consulted attorney
See all reviews

I'm pleased to endorse Mr. McVicker. He is a top-notch immigration attorney and a zealous advocate for his clients. Highly respected in the legal community.

Michael A. McVicker is simply one of America's Top Immigration Lawyers. If you have an immigration issue and you live near his office, you definitely need to use him. I endorse him.

I endorse this lawyer. Mr. McVicker is a highly knowledable and effective advocate for his clients. He educates not only the general public but other attorneys through his answers to questions in this forum.

I endorse this lawyer. Mr. McVicker's answers on AVVO demonstrate his knowledge and experience in immigration with thoughtful and complete answers that are helpful.

Michael is fantastic at realizing his clients' needs and goals and always goes that extra mile for them. It's a pleasure having someone like Michael in our legal community here in Virginia.

I endorse this Mr. McVicker, whose excellent credentials and experience enable him to ably represent his clients. His answers on AVVO show him to be thoughtful and diligent in providing complete answers that help others consider decisions carefully.

I endorse Michael. He is a great asset to the immigration legal community.

I endorse this lawyer. Mr. Mcvicker provides a valuable service on Avvo. He gives excellent answers to user questions on this site. I am happy to endorse him.

This lawyers credentials speak for itself. What are you waiting for? Hire him!

Mr. Mcvicker is a fellow immigration attorney and American Immigration Lawyers Association member. He is a seasoned legal professional with a formidable expertise in a variety of employment and family immigration issues. I have no reservations endorsing him as a knowledgeable and diligent immigration counsel.

It is clear from Attorney Mcvicker's impressive credentials, excellent client reviews, his peer reviews, and responses on the avvo forum, that he is well respected and highly experienced, qualified, extremely knowledgeable, effective and zealous advocate. Furthermore, as a relatively newer practitioner myself in the field of immigration law, Mr. Mcvicker is one who I would want to look to for guidance and advice if I had questions concerning this deceptively complex field of law. If I was a client seeking Immigration related advice, I would without hesitation seek his representation. It is with pleasure I endorse Attorney Mcvicker!

I am pleased to be endorsing Michael as a top rated immigration attorney with years of experience and a wealth of knowledge in his specialty. He is also generous with his time & kind-hearted with his feelings for others which I have experienced first hand. Top notch lawyer with class!!

I endorse attorney Michael McVicker. He is very knowledgable, has a wealth of experience, and very details oriented when it comes to the clients' matters. Mr. McVicker is well respected in the legal community and highly recommended.