Ms. King graduated from the University of Virginia School of Law and has been practicing law since 2005.  Ms. King worked in the Loudoun County Office of the Public Defender for approximately seven years where she gained valuable trial experience.  As an Assistant Public Defender, Ms. King represented clients in all types of criminal matters ranging from traffic offenses to larcenies, drug possessions, fraud, rape, and murder.  Ms. King has served as a member of the Bench Bar Committee for the Loudoun General District Court as well as a member of the Loudoun County Bar Association.

Prior to her tenure in the Public Defender's Office, Ms. King worked as an Assistant Commonwealth Attorney for Buckingham County, VA where she prosecuted both misdemeanor and felony cases.  This opportunity allowed Ms. King to see both sides of the courtroom and gain a better overall perspective of the criminal justice system.

Ms. King was born and raised in Fairfax County. Ms. King attended the College of William and Mary where she received her Bachelor of Business Administration (BBA) with a minor in Sociology. She then went on to receive her juris doctor from University of Virginia School of Law in 2005. While at the UVA Law, Ms. King participated in moot court and served on the editorial board for the Virginia Environmental Law Journal.  Ms. King participated in the Prosecution Clinic offered through the law school and worked for Professor Paul Mahoney, who is currently the Dean of UVA Law. During law school, Ms. King also clerked at Venable LLP located in Washington, D.C.

Ms. King currently resides in Purcellville, VA where she resides on a small farm with her dogs and horses.  As an avid outdoor enthusiast, she can often be seen hiking the Appalachian Trail or riding her bike along the Washington & Old Dominion Trail.  Ms. King also volunteers for several animal rescues and is always willing to offer pro bono legal services to any animal rescue in need of help. 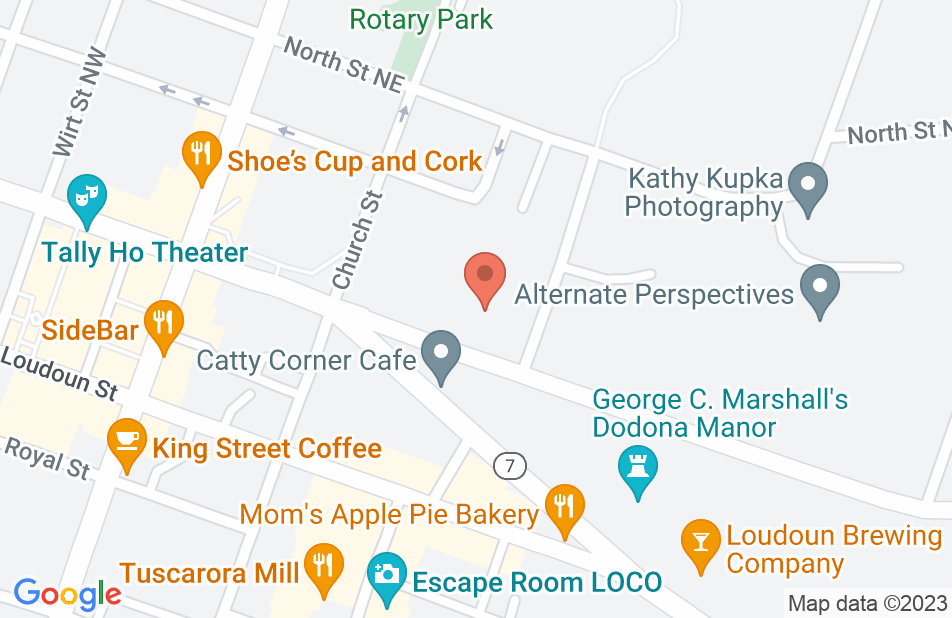 Our dog was wrongfully seized and detained by Loudon County Animal control for almost three weeks. Ms. King was instrumental in reuniting us with our beloved dog and did so for an extremely reasonable rate. She is the rare combination of an outstanding attorney and a kind and compassionate soul, We are immensely grateful for all she has done for us and our dog who is happy and healthy and at home with his family where he belongs. We cannot recap end her services enough and are eternally grateful.
This review is from a person who hired this attorney.
Hired attorney

When a person finds they need the services of a lawyer, it is commonly at an insecure time in their lives. To find one you can trust is ideal. I have found one! Kelly King has helped our family more than once and each time has been kind, compassionate, thorough and competent. She is a patient listener and doesn’t make one feel rushed or judged in any way. It is very reassuring and important to have a trusted family lawyer, and this is just how I feel with Kelly King.
This review is from a person who hired this attorney.
Hired attorney

Honest, professional and strategic - with heart

As a client I really appreciated the professionalism, honesty and humanity that Ms King demonstrated throughout the handling of my case. From day 1 of retaining her services Ms King was open and communicative, and strategic in implementing the steps necessary to eventually have the pretty serious charges dropped. She was humble yet firm and effective, all the while laying out clearly all the options and potential outcomes. She really does her homework, has great relationships, and ensures both she and her client is well prepared. It is so reassuring to have an attorney who actually takes the time to listen, has a good heart, is communicative, keeps you in the loop and understands how to manage a process that is incredibly scary, confusing and intimidating to the average lay person. Ms King certainly delivers on all counts.
This review is from a person who hired this attorney.
Hired attorney

She is a great soul hands down. I admire the way she treats her clients. She is thorough, patient and informative. You feel peace in mind knowing that she's got your back. She makes herself available when she can. I highly recommend Kelly. She will do everything in her will to make you have the best outcome.
This review is from a person who hired this attorney.
Hired attorney

Kelly was awesome and definitely helped me understand why I was put into the situation I was in! She was there every step of the way...even made herself available on the weekend!! Thank you Kelly!!
This review is from a person who hired this attorney.
Hired attorney

Best lawyer I ever hired, and really grateful. She has helped me through my extremely tough situation, and even helped me cope with everything too. Her communication skills are amazing because she will not leave your mind floating around.
This review is from a person who hired this attorney.
Hired attorney

I had a charge last week with no knowledge on court system, police rights, or my rights. I called kelly and she was very nice and helped me understand what was gonna go on in court. I would highly recommend this lawyer if you want someone who cares and will pay attention to the details of your case, and if you want someone who knows the law.
This review is from a potential client who consulted with this attorney.
Consulted attorney

Okay, so if you're looking for an outstanding and personable attorney in the area...Kelly is one of the BEST! I ran into a few legal issues recently and was referred to her by a family member. Not only did she fight for me but she sincerely cared about my situation on a personal level by providing additional (unrelated) legal advise and strategies. I've never needed to hire a lawyer before (didn't realize how much they cost) and she was extremely reasonable. Going into court is always an eerie/uncomfortable feeling, uncertain of what the outcome may be and if your life is destined to change once you walk out. I felt extremely confident going into court because I knew that she had it covered which provided great solace. I was so happy with her services. ***10 STARS***
This review is from a person who hired this attorney.
Hired attorney

Kelly king is the best attorney you can rely on. Not only she is courteous, decent , polite but also amazingly professional . She is amazingly experienced and knowledgeable of the law . In court today she managed successfully and with utmost confidence to have the groundless Protective Order filed against me dismissed . She displayed respect , honesty and professionalism . I am sincerely blessed to seek Kelly’s assistance . I was told by another attorney when he knew that I sought Kelly’s representation that I’m in good hands , and he was right . Anyone seeking legal representation should go to Kelly without hesitation . I can tell that Kelly is very respectful in the legal community .Its hard nowadays to meet people who are sincere and honest , Kelly is a sincere , honest , respectful and decent attorney . When she promises she keeps her promise . Her reassuring words were giving me hope to trust every thing she said . Definitely , I will always resort to her if I encounter any legal issue and I will always trust her .
This review is from a person who hired this attorney.
Hired attorney

I am a current client of Kelly K. She helped me when I need to solve a situation that I could not take care of myself. She was professional and helped me draft the needed paperwork. I would highly recommend Kelly K. for all of your attorney needs.
This review is from a person who hired this attorney.
Hired attorney
See all reviews

I endorse this lawyer. Kelly and I were locked in adversarial roles in zealously representing the interest of our respective clients. Through the course of litigation, I can tell Kelly has given wise counsels to her client. She helped her client side-step many landmines by fighting smart in addition to fighting hard.

Kelly is known for how hard she fights on behalf of her clients (and her rescues). She is one of the go-to experts for criminal defense in Loudoun, for clients and even for other attorneys.

Kelly is an excellent attorney committed to providing the highest quality representation to clients. I endorse this attorney without reservation.

Ms. King is an excellent attorney who goes the extra mile for her clients. She is highly respected within the legal community. I endorse this lawyer.

Ms. King is the consummate professional. She genuinely cares about her clients and consistently comes to the table prepared with comprehensive strategies and arguments. I highly recommend her services.

A true attorney and counselor at law. Ms. King's wise counsel helps to make the difficult questions easy. She offers solid, easy-to-follow, practical advice. And if all else fails, she's ready to go to trial and fight for you at a moment's notice. I endorse this attorney.

I highly endorse Mrs. King. Truly exceptional and caring attorney who gets great results in representing clients! I want all people with legal problems to contact her first.

I endorse this lawyer. I worked with this attorney for about 5 years. She is diligent and genuinely cares for her clients. You are in good hands with her on your side.

I endorse this lawyer. I worked with Kelly as a public defender in Loudoun. I absolutely recommend her as, frankly, I often took advice from her about my own cases. She's got a lot of experience, cares about her clients, and is well respected in the community.

I don't even hesitate to recommend Kelly as an attorney. She has the opinion I want the most on my own cases and her dedication is unparalleled.

I endorse this lawyer. I have known Kelly for years. She is a smart, hardworking, zealous advocate for her clients.