Wynter graduated from the University of Chicago in 2002 with an A.B. in Sociology. She went on to receive her J.D. from Wake Forest University in 2006. During her time at Wake Forest, Wynter was on the Staff of the Wake Forest Intellectual Property Law Journal. She also received the Peggy Browning Fellowship and clerked with the International Brotherhood of Teamsters in 2005. 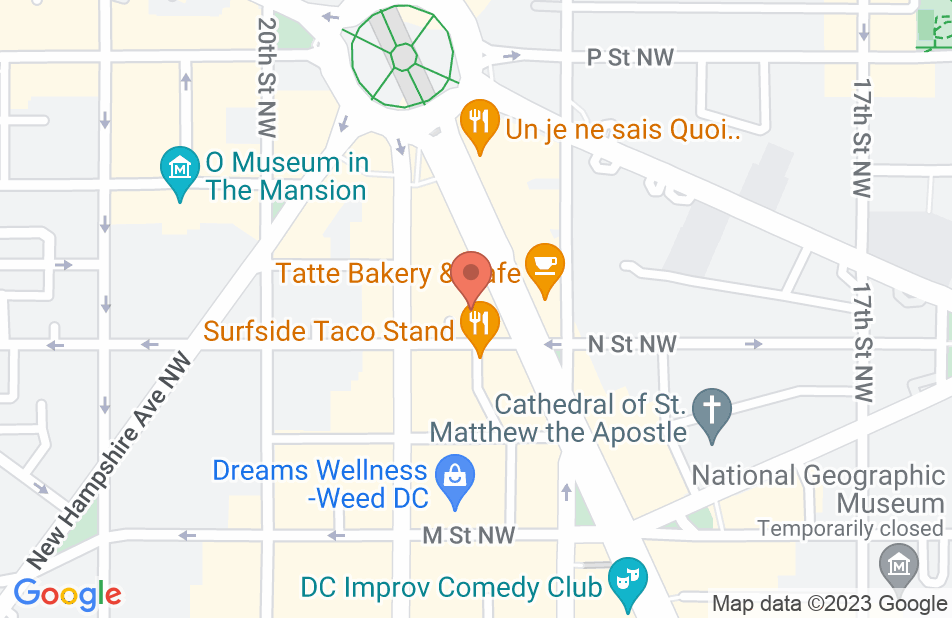 I have never had a person fight so hard for me in my life, except my parents. Wynter is smart, resilient, determined, strategic, uncompromising and honest. I couldn’t ask for a better attorney. She truly cares for her clients and I am grateful to know her. She gives it her ALL!
This review is from a person who hired this attorney.
Hired attorney

I worked with the Alden firm with Ms. Allen being my primary attorney. She represented me in a case that involved failure to promote in a large Federal agency. It was a 3 year case. She kept me informed and very responsive and the bottom line I won my case.
This review is from a person who hired this attorney.
Hired attorney

I am a former client of Wynter Allen and I was extremely pleased with her legal representation. During the 4 years that Wynter and the Alden Law firm represented me, I received exemplary legal services. From the initial consultation she listened and advised me on the relevant laws pertaining to my case and the options that were available to me. She is a smart, dedicated advocate and I was secure knowing that she represented my best interests. Her extensive knowledge of the law provided me with the peace of mind that she was always prepared. She was respectful and caring. Because of her hard work, we successfully reached a successful resolution. I would definitely call Wynter and highly recommend her to anyone in need of an Employment Law attorney.

A person you can trust with a fair and expert perspective

Wynter certainly demonstrated her expertise in the area of employement law in my engagements with her. She reviewed the facts, asked the right quetions, and provided expertise in the matters at hand. However, in a city full of "smart" lawyers, what sets Wynter above and beyond, is her ability to listen to her client's needs and in concert with the client, come up with a comprehensive game plan. She provides timely responses and is focused on your matter. She provides clear options and the potential results from pursuing certain approaches. She's not just about "getting the other guy" but doing what is right and just. She had fair legal fees and does not "inflate" her hours to bill more. Wynter was a reassuring and professional presence in my interactions with my employer and I would recommend her and the firm to others.

Ms. Allen is very knowledgeable and responsvie. She kept me informed 100% of time and she is very reliable. Ms. Allen always has her client's interest at heart. She epitomizes the word professional. I am so glad that I chose Ms. Allen as my lawyer. I would strongly recommend her services.

I highly recommend Wynter Allen for an attorney. She was extremely knowledgeable and thorough in handling my case. Wynter demonstrated her extensive legal experience and superb cross examination skills during the deposition process and the administrative hearing, that not only brought out the facts in the case, but also left the defendants and their counsel nervous and uneasy. Wynter is very professional as she kept me well informed with my case, and would always respond to my questions and concerns in a timely manner. More importantly, she listened to what I had to say and believed in me, which helped to alleviate much of my own anxiety and uncertainty during one of the most difficult periods in my life. I cannot comment enough on how Wynter would go out of her way to make the process easier. My experience with Wynter was nothing short of exceptional and I would refer anyone dealing with a similar situation.

Wynter is a steady hand with a keen mind. She helped me through a very difficult discrimination case. I was incredibly stressed and had a very hard time keeping things organized. She knew all the many paths we could take, presented fair solutions and in the end, we settled and I was able to return to work quickly and under some protection.

Top Employment Attorney Who Will Fight For You

Ms. Allen represented me on a severance issue with my former employee. She showed compassion for my situation and was always extremely practical in presenting me the options available. Even though I was not a big client, I felt I had Ms. Allen's complete dedication to my case. She was very responsive to every inquiry and prompt in handling the case. I could not have asked for better representation.

Did not grasp what were important/critical parts of the case. Did not use anything from depositions at trial. Most of what the defense testified to went unchallenged even though the defense lacked documentation. All of the critical points that I raised and provided support/docs for and she ignored were hammered on in the losing decision. Rambled on at trial and did not gain traction on most points. Plaintiff could not even follow counsel. Did not present clearly or effectively.
This review is from a person who hired this attorney.
Hired attorney
Wynter Allen's response: I strive to provide outstanding representation and I am sorry to hear that you are disappointed. We advise our clients that litigation is uncertain. We are always honest with our clients about what to expect when moving through the hearing process. We always ask for feedback from our clients during representation and we strive to fix and address any issues a client might express during representation. It is heartbreaking when a client loses their case. We wish you all the best in your future endeavors.