Michael is an experienced, well-respected litigator and trial attorney.

He concentrates his practice in litigation, specifically personal injury matters involving wrongful death and catastrophic injury, as well as a wide range of complex municipal matters.  He also currently serves as the Solicitor to the Montgomery County Controller.

Clients benefit from his perfect mix of real-world and legal experience. Prior to returning to school for law, Michael worked for several years with troubled teens in and around Philadelphia. Helping families at their darkest times inspired him to return to school to become an attorney.

Following a two year clerkship with the esteemed President Judge Alex Bonavitacola, Philadelphia Court of Common Pleas, Michael defended businesses, insurance companies and municipalities.  He argued before the Delaware Supreme Court (making new law on indemnification), as well as the Federal Courts under zoning and land use statutes representing local townships/zoning boards.  This experience directly benefits the accident victims he now represents, because he has been on “both sides of the fence” and understands how insurance companies and their attorneys review and handle personal injury cases.

Michael has since spent over ten years focusing on the representation of those injured, 8 of those years litigating high profile matters and representing catastrophically injured victims while employed at one of the largest personal injury firms in Pennsylvania, the renowned Anapol Schwartz in Philadelphia.  Lawyers across Pennsylvania rely on a book that Michael co-authored, “Library of Pennsylvania Personal Injury Forms.” Michael has litigated several trials around Pennsylvania, as well as multiple seven figure settlements, (including 2011 PA Top Jury Verdicts, #11, Legal Intelligencer).

Currently, Michael serves as solicitor to the Montgomery County Controller.  In 2016, Michael received the distinguished appointment as a Hearing Committee Member serving the Disciplinary Board of the Supreme Court of Pennsylvania.  Also in 2016, Michael was honored to be appointed by the Court of Common Pleas of Montgomery County to be a Settlement Master for the Tax Assessment Appeal Mediation Program.

In the community, Michael volunteers with the Montgomery Child Advocacy Project (MCAP), a program providing free legal assistance and social service advocacy to abused and neglected children in Montgomery County.  Michael also volunteers in the Liberty & Law Civics Education Program which provides legal and civics education to middle schools in Norristown.  In March, 2016, Michael was invited to join as a Board Member to the LGBT Equality Alliance, Chester County, PA: LGBT Equality Alliance is a non-profit organization in Chester County, working to create and sustain a safe and supportive environment for the Chester County LGBTQA community.  Fund raising efforts go to fund future social and educational events, LGBTQA support groups, local GSA clubs, school district education programs, and student scholarships.  Michael also serves on the executive committee of the Montgomery Democratic Committee and he is the Chairman of the Abington-Rockledge Democratic Committee.  In 2008, the Committee honored him with the Democrat of the Year Award.

Michael has volunteered as a Mentor through Widener University, Philadelphia Trial Lawyers Diversity Program and served the Advisory Panel to the American Bar Association.  He has volunteered as Youth Aid Panel Member, soccer and baseball coach, and for Town Watch. He was appointed to the Abington Industrial Development Authority (Aug, 2006 to Dec 2008) and also served frequently as a Certified Arbitrator, Philadelphia Common Pleas Court.

In 2017 Michael was selected by the American Society of Legal Advocates as one of the Top 100 Litigation lawyers in the State of Pennsylvania. The American Society of Legal Advocates is an invitation-only, nationwide organization of elite lawyers in practice today. ASLA draws its membership from lawyers who combine stellar legal credentials with proven commitment to community engagement and the highest professional standards. ASLA was founded to bring together a select pool of diverse legal talent for the benefit of its members and the public. ALSA limits its membership to less than 1.5% of all licensed lawyers nationwide.

In 2015, Michael was inducted into the Multi-Million Dollar Advocates forum, one of the most prestigious groups of trial lawyers in the United States.  Membership is limited to attorneys who have won multi-million dollar verdicts and settlements.  Fewer than 1% of U.S. lawyers are members.

In 2013, Michael was invited to join Top Lawyers by the National Trial Lawyers, and in 2011, he was invited to join the Million Dollar Advocates Forum. He was named a Pennsylvania “Rising Star – Super Lawyer,” Dec., 2008, Philadelphia magazine, top 2.5 percent of attorneys 40 years old or younger in Pa. In Jan, 2007, Michael was appointed to the Advisory Panel of the American Bar Association.

As a member of the Montgomery County Bar Association, Michael actively participates in Bench Bar, Civil Practice Manual and Rules of Civil Court Committees as well as the Trial Lawyers Section.

Mr. Barbiero earned his Bachelor of Arts degree from Pennsylvania State University. He received his law degree from Widener University School of Law and studied law in Rome, Italy through Temple Law International program. He was inducted into the Moot Court Honor Society and Phi Delta Phi, Harrington Inn, Honor Chapter, as well as named in Who’s Who, American Law Students, 18th Edition, 1999; Continental Who’s Who 2006-07; and the Cambridge Who’s Who 2008/2009 Registry. 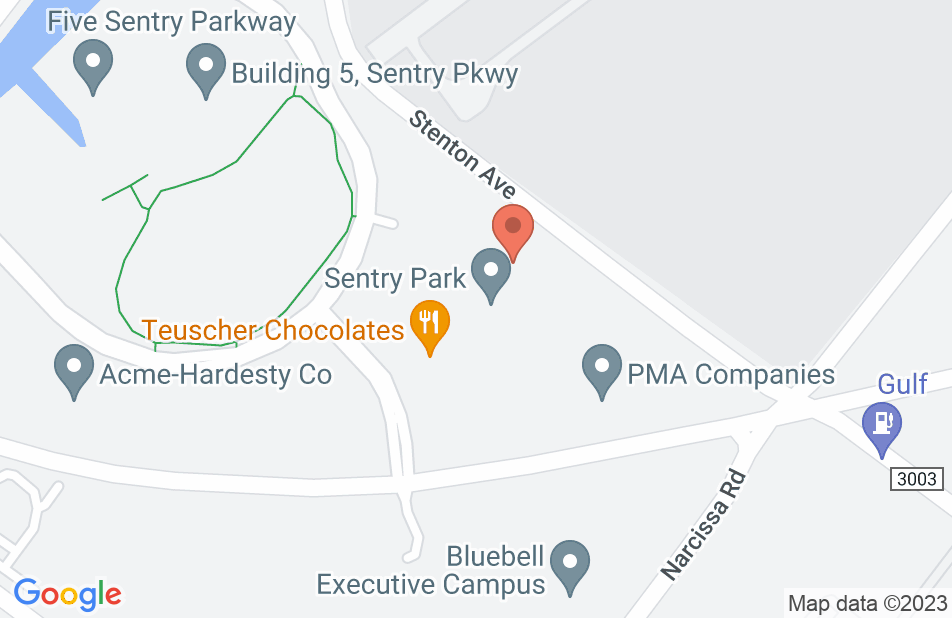 If I need help in the future, I will call Michael again.

I give Michael and his firm all 10s. He explained everything very well and I was extremely satisfied with everything. Michael and his paralegal Erin were excellent. If I need help in the future, I will call Michael again.
This review is from a person who hired this attorney.
Hired attorney

I was extremely satisfied with the representation by Michael Barbiero and his firm, Rudolph Clarke. Everything was GREAT! Michael really fought for me and looked out for my family and every time I called, everyone was so nice from the receptionist to the paralegals.

Michael represented me in an auto accident case. I didn't have to worry about anything, he kept me informed, and answered any questions I had. My car was fixed, all my bills were covered and I had no out of pocket expenses. Yes, I would recommend this lawyer.

My husband was injured in a car accident in 2007. Because of the nature of the mishap, he sustained injuries that required 2 neck surgeries and rotator cuff surgery. He spent 4-6 weeks in a hospital bed, in our home, after each procedure, with pain meds, muscle relaxants and then months of physical therapy. His pain and suffering took a great toll on his life and our day to day family life. ​When we contacted Jim Musial, his first reaction was one of quiet sympathy and support for my husband. That support continued as he accompanied my husband to evaluations of his physical and mental abilities, as well as depositions requested by the insurance company attorneys. Then after awhile, Mike Clarke became part of the team. He was strong and aggressive with the opposing counsel and throughout negotiations, he and Jim kept us constantly informed as to the progress of our case. Finally we received the compassionate but firm guidance of Mike Barbiero, who focused on the mental and emotional changes that have occurred for my husband and me during this difficult time period. ​These three men exemplified the ultimate level of professionalism, legal knowledge and empathy for both the client and family member at all times. We appreciate the time and effort they put into our case and are extremely grateful to have had attorneys like them in our corner.

I highly recommend Michael Barbiero to anyone who has had an accident and needs great representation. From the day I first met with Michael, I felt a sense of comfort with him. He displayed a genuine concern for my well-being and doing all that he could to help me. So many attorneys nowadays treat you as though you're just another number and don't communicate with you. However, this was FAR from the case with Michael. He was very helpful and always went the extra mile in keeping me updated, and making himself available to me (sometimes outside of regular business hours) whenever I had questions, concerns, or needed advisement. That was among the most important things to me in selecting a great attorney to represent me. My recovery from the car accident certainly had its ups and downs, but through it all, I knew that I had a great attorney to represent my best interests. Michael's courtesy and professionalism while working with me are much appreciated. If I had to do it over, I'd definitely choose him again!

Michael is a tireless advocate for his clients.

I highly recommend Michael. He is a tireless advocate for his clients.

I endorse this lawyer. I have known Michael from cases we were involved in together. He is knowledgeable, professional and thorough. I am considerably older than Michael, and I do not suffer younger lawyers lightly as a rule. He gets it.