A native of Lansdale, Pennsylvania, Edward J. Fabick, III, attended St. Stanislaus
Catholic School and graduated from North Penn High School. He then earned his
undergraduate degree from Temple University.
Mr. Fabick is a 2002 graduate of the University of Pittsburgh School of Law. During
law school, he served as a Certified Intern for the Montgomery County District
Attorney’s Office (Narcotics Division). Upon graduating, he worked as an Assistant
Public Defender in Chester County where he handled hundreds of criminal cases
and appeared in court daily. He then entered private practice in Bucks County and
began practicing family law. In 2008, he returned to Montgomery County, adding
personal injury to his expanding practice.
During his career, Mr. Fabick has been named as a Pennsylvania Super Lawyer in
the area of family law and identified in MainLine Today as a Top Lawyer in Divorce &
Separation. He has taught seminars at the Women’s Center of Montgomery County,
speaking on topics involving custody, divorce and protection from abuse. As to his
criminal practice, he was consulted as a legal expert by 6abc Philadelphia’s Sarah
Bloomquist and was interviewed regarding various procedural issues surrounding
the 2016 case of Commonwealth v. Cosby.
Mr. Fabick’s current areas of practice are Family Law, Personal Injury and Criminal
Defense. He is a member of the Pennsylvania and Montgomery County Bar
Associations. He is also a volunteer for the Legal Access Project which provides
legal assistance to low income individuals. 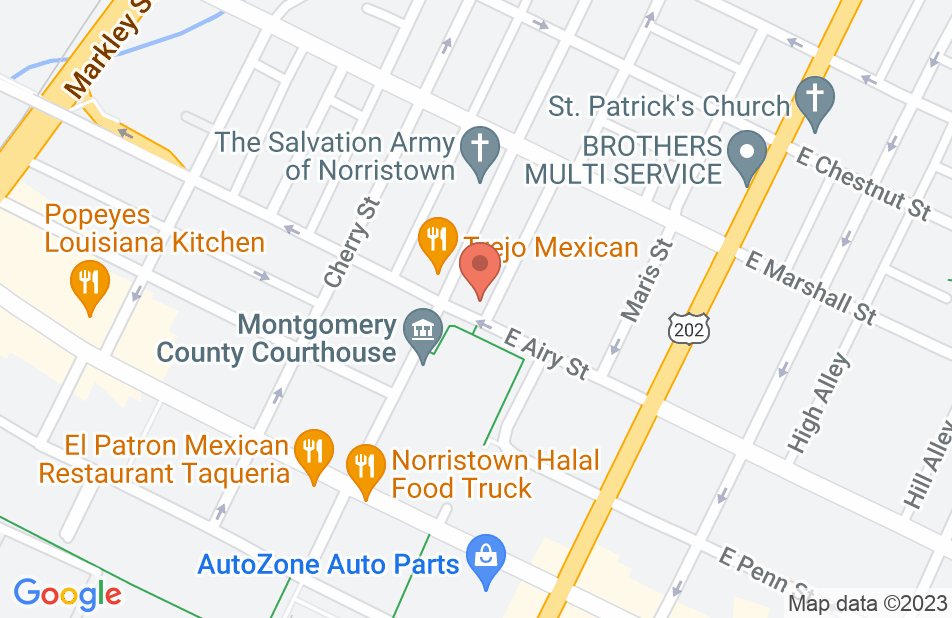 I was referred to Edward Fabick by another attorney when seeking representation for my complicated divorce case. A very stressful situation was not stressful at all working with him. Edward truly cares for his clients and looks out for their best interest every step of the way. Edward is very well known and experienced and has earned the title of Super Lawyer. In my opinion, Super Lawyer is an under statement. Not only is he a phenomenal lawyer, but he is also very knowledgeable, patient, honest, and responsive. He will fight for your rights and will get you results! He got me the results I wanted! If you want a lawyer who is an absolute fighter and will handle your case with the utmost care, look no further. I Highly Recommend Edward Fabick!

Ed worked on my custody & support case, it became quite a frustrating situation lasting over 1.5 years, but Ed was very patient. He was very informative & honest, even if it wasn't always good news for me. And in a cool & collective way he was able to make his point & kick butt in court!

Ed was awesome. He always addressed my questions and concerns. I had no idea what to expect going into this situation. He made me feel that I was important and most importantly he won my case! If anyone ever needs a lawyer, make sure you contact Ed Fabick!!
This review is from a person who hired this attorney.
Hired attorney

Ed helped me on my child custody modification case. His service is outstanding. First, His legal writing is concise and very clear; Second, his consultations are right at the points. Before the hearing, he made suggestions for me to settle the case, although I didn't follow his advice, I am surprised that the final ruling by the Judge is in line with the settlement terms he suggested. I would have saved more money if I listened to him more. third, his cross exam skills in the court room is great. I am very impressed by his logic and presentation skills. His rate is not low, but his billing is very accurate and it is worth paying for. I high recommend Ed if you want a child custody arrangement in the best interest of your child and your family.

Mr. Fabick handled my divorce and custody matters with the utmost professionalism. He was always available to discuss my case -- even after hours. His knowledge of the law knows no bounds. And, he seems to be well respected among other attorneys in the community.

Edward has been handling my custody and child support matters for years and has always achieved great results. He is always reachable and will even meet at night or on the weekend. I refer all of my friends to him.

This man is a absolute fighter for his client. Ed totally fought for the best deal in regards to my criminal case. He saved me thousands in court fees. Will never call any other attorney!!!!!!!! A SHARK!!!!!

Ed assisted me in my custody hearing and obtained the agreement that I wanted.

Mr. Fabick is extremely responsive. I have always been able to contact him at night and on the weekends. If he doesn't pick up right away, he returns my phone calls immediately and takes time to speak with me. Other lawyers won't even e-mail you "after hours".

A great lawyer. In my case hearing, the judge in the court room said that I am in a good hands. Good endorsement from a judge shows that he is a great lawyer. I highly recommend him to any one with any type of cases including criminal and family disputes. May God Bless Him.
See all reviews

Ed is always knowledgeable and well-prepared. He has the respect of his fellow lawyers and Judges.

Barton Banks, Real estate Attorney on May 19, 2016
Relationship: Worked together on matter

I worked well with Ed Fabick. He's a good lawyer and a decent guy.

Ed Fabick is a great attorney who takes care of clients like family. Trustworthy, reliable, and capable. Highly endorse.

I endorse this lawyer. Ed is a good attorney, He's professional, prepared and aggressive. He is the kind of guy you want as your attorney.

I have known Ed professionally for approximately 10 years. i have been opposing counsel to Ed in Divorce cases and have fouond him to be an agressive advocate for his clients. While being an aggressive advocate, Ed maintains a calm and level-headed approach that serves his clients well. I have also seen Ed deal with prosecutors in his criminal practice. Ed has a reputation for negotiating great deals for his clients, and being able to try the cases that need to be tried. I have no hesitation in endorsing Ed as a great attorney in the Montgomery County area.

Mr. Fabick is a brilliant attorney who is also friendly and practical. I referred my Aunt to Mr. Fabick to represent her in a support matter and of course he obtained a great result for her. I would never hesitate to refer a client to Mr. Fabick because I am confident about his skills as a lawyer and his dedication to client satisfaction. I frequently turn to Mr. Fabick when I have questions regarding family law.

I endorse this lawyer. Ed is a diligent and caring attorney. He attends to the details but they do not overwhelm him. He is prepared, confident and considerate. He is respected by the judges and other members of the bar.

I endorse this lawyer. Edward is a conscientious and dedicated advocate for his clients. He possess the patience to look for compromise when possible and the dedication to pursue litigation if that is in his client's best interest.

Ed is an attorney at my firm. We have been extremely impressed with the work that Ed has done for the client's of the firm. They are uniformly satisfied with the excellent results that he achieves.