Michael’s practice supports the needs of businesses and homeowners in a changing economic environment. He has extensive experience in mortgage foreclosures, commercial litigation such as collection matters, business disputes, filing and defending confessions of judgment, and real estate litigation. 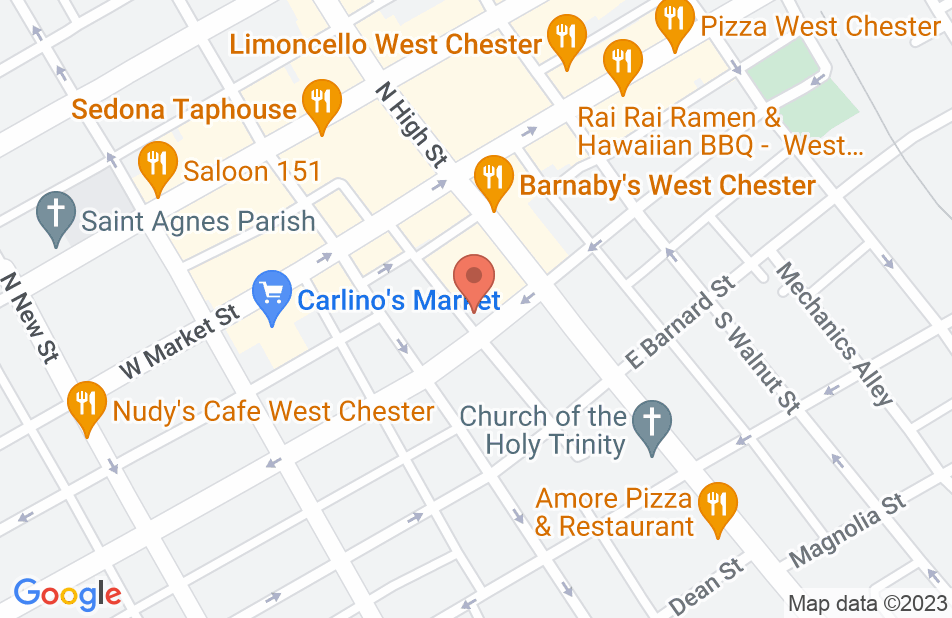 I’ve been working with Michael Louis on several cases that involve our family business. Mr. Louis has taken the time to not only get familiar with our type of business, but to also get familiar with us as people. Mr. Louis is prepared when we enter the courtroom, professional as we face the judge, and as excited as we are when we emerge with a verdict in our favor. It was never my goal in life to need a lawyer for anything other than wills and minor business dealings. But that is not how things worked out. Thankfully, I have Michael in my corner and that has been a good thing.

Our case with a giant company was quite unique and most lawyers did not have confidence to take our case. The added problem was because we were Canadians and we need US lawyer who should represent us in our absence in the US. Michael was courageous and undaunted to extend his professional help. The Company who disregarded our consumers' rights, and disrespected the law, was shrunk by the first letter of Michael who represented us. Our legal battle was smooth sailing with the professionalism of Michael and his staff. Michael knows his stuff, and were assured by his experiences and expertise in dealing with real estate legal matters. Our battle ended in just over a month long with positive result. He represented us and work for what we were fighting for in our absence. We did not have to be in the US to fight for our rights. We highly recommend Michael and MacElree Harvey, Ltd for your legal cases.
This review is from a person who hired this attorney.
Hired attorney

Professional, knowledgable, and effective - Thank you!

It is a pleasure to write a review on the services MacElree and Harvey provided, specifically Mr. Michael Louis and Mr. Patrick Gallo. While my situation would likely be considered a minor case, for me it was very concerning. After contacting Mr. Louis he immediately assisted with a time sensitive court document and addressed my concerns regarding financial liability. After the initial concern was addressed, Mr. Patrick Gallo worked diligently on negotiating a reasonable settlement and provided me with several options. Both Mr. Gallo and Mr. Louis were always available, provided detailed explanations, were extremely professional, and treated my case with the utmost importance. In addition, their rates were very fair as they went “above and beyond” to assist. Thank you both for all your help.
This review is from a person who hired this attorney.
Hired attorney

The Best of The Best

I've been dealing with Mike for about three years now as a non-profit company tries to take my service dog away from me. As a disabled person on a fixed income I am the type of person it is very easy for an attorney to shun and overlook but Mike has NEVER treated me with anything but the utmost of respect and kindness. When I don't understand something he takes the time to completely explain it. He has never taken more than a day and a half to get back to me with an answer to a question. I can not believe how blessed I have been to have him as my attorney!

Helped a David thump a Goliath!

When my tiny company was sued by a massive global corporation as I was trying to protect my rights under their contract, I have to admit that I was horrified. Although I knew that I had a real case and solid claim against this vendor to my company, I was dwarfed by their juggernaut legal team and seemingly bottomless legal budget. Mr. Louis was referred to me by my local attorney (the suit was in Pennsylvania and I'm in a very small town in Iowa) and within ten minutes of our initial phone conversation, my anxiety of the enormity of this situation began to fade. He carefully listened to my story and asked me very relevant questions and by the end of the conversation was able to show me that not only did I have a solid defense against their claim, but that I also wielded a substantial counterclaim. We immediately began to build our case to defend and counter and after a few months of carefully executing his recommended process, we settled outside of court for a very reasonable amount. Had my company lost the case, we would have been bankrupted. Instead, he and his expert teammates focused on keeping the opposition on their heels. For round after round, my attorney fought an amazing fight, and I was so pleased to see this corporate giant so often on the ropes. His letters were so carefully composed and structured, my confidence increased each time I read them. I shuddered at the prospect of being on the receiving end of them, as a matter of fact! And, the way he asserted our legal dominance kept diligent pressure on the other team - ultimately bringing forth a very reasonable settlement. Pure professionalism, legal expertise and brilliant battleground strategy were my allies every step of the way. When I sat in the room with Michael Louis, I was the 800-pound gorilla. The other guys didn't stand a chance, and I know that they now wish they had never brought the suit against me. I never want to be sued again. But, if I am, I would be lucky to have Mr. Louis or an attorney like him on my side.

Michael Louis is a breath of fresh air. Either he actually takes your call himself, or he calls you back immediately. He is knowledgeable, thorough and responsive. I would highly recommend Michael for any commercial litigation.

Robert Burke, Litigation Attorney on May 16, 2016
Relationship: Worked together on matter

AVVO Atty. Endorsement – I have known Michael Louis for many years. He has received client referrals from me over those years, and has always performed with the utmost professionalism and ethical standards. Mr. Louis has been timely in his responses to correspondence; zealous in their advocacy of his clients; and is well respected within the legal community.

I endorse this lawyer. He's my partner and he's the best!

I endorse this lawyer. Excellent attorney and advocate for his clients.

I work closely with Michael at MacElree Harvey on commercial litigation matters. Michael cares deeply about his clients and is a skilled advocate on their behalf. I endorse this lawyer.

I endorse this lawyer. Michael is a superior attorney with extensive experience in commercial litigation, debt collection and real estate. He aggressively pursues his client's interests and has the knowledge, skill and fortitude to handle even the most difficult matters.

Michael is an excellent attorney and I highly recommend him in all areas of mortgage foreclosure and loan workouts, debt collection, commercial litigation and real estate.

I endorse this lawyer. I worked with Michael for many years prior to leaving MacElree Harvey, Ltd. He is an excellent attorney in many areas of civil litigation.

I endorse this lawyer. Mr. Louis provides excellent representation in all aspects of mortgage foreclosure matters. I have referred numerous clients to him and all have been completely satisfied. Honesty, trustworthiness and close observance of the rules of ethics are just a few of his outstanding qualities.

Michael is a knowledgeable and pragmatic attorney. He has an excellent rapport with his clients. I highly recommend him.

I have worked with Mike for over 15 years and have referred may clients to him for commercial litigation. Clients are universally pleased with his work and enjoy working with Mike. He is a talented trial lawyer and really cares about his clients and their challenges. I highly endorse Mike.