David B. Kline focuses on personal injury law with specific expertise in two fields: emotional distress and premises liability, both of which have been the subject of legal treatises he has written to educate other attorneys.   He has more than 24 years of deposition,  arbitration, bench trial and jury trial experience. Mr. Kline is the author of numerous articles and treatises.  His 1300+ page treatise "Emotional Injuries: Law and Practice" was published by WEST and sold to lawyers throughout the USA.  It is the leading national treatise discussing recovery for emotional injuries.  His article, Negligent Infliction of Emotional Distress in Pennsylvania– Evolution from Physical Impact to Bystander Recovery, has been cited by the late Jude Dowling.   Judge Dowling called David, in writing:   the “foremost authority in PA on emotional distress recovery.”  This judge also cited David's work in one of his judicial opinions!  The case is Sears v. Hershey Medical Center, 10 D & C4th 182.  He has been published for his legal writings ELEVEN different times in addition to his two treatises, and in 2011 he was appointed by the PA BAR to give a CLE on Ethical Issues in Lawyer Advertising, which counted as CLE credit for those in attendance.

In addition, David is an experienced appellate attorney.  He wrote the brief in Ganski v. Wolf Lighting, a 2012 Third Circuit case which is a leading case for its legal proposition on causation of damages.  He has written more than a dozen appellate briefs.  He has argued before the PA Superior Court three times and the US Circuit Court of Appeals, en banc, for the Third Circuit once (along with other casualty defense attorneys). 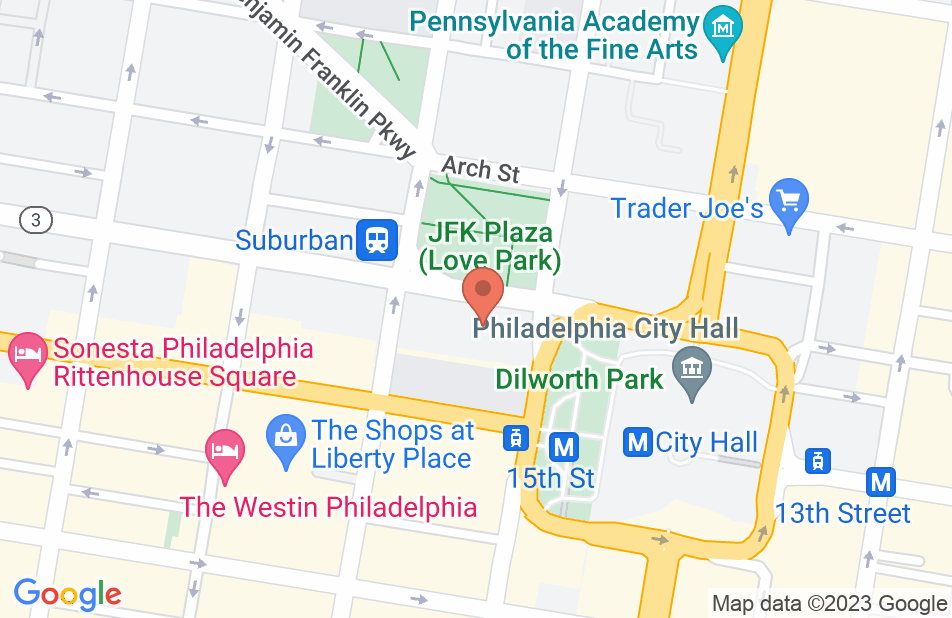 I highly recommend Dave as he is very punctual in getting back to you answers every question clearly so you understand the way things work every time I called he always answered always answers every email he was very clear so I understood my case and he was very punctual at making sure I had a settlement that was fair to me he cared about my health and still Does He also had a very fast speed time when it came to returning phone calls when he wasn't available his paralegal Stacey also worked wonderfully with me always knowing how to answer things and if she wasn't sure she always found out immediately I recommend this firm and this lawyer
This review is from a person who hired this attorney.
Hired attorney

David Kline and his staff were with me every step of the way, after I was struck by a SUV. I was confident in Mr. Kline from our initial phone consultation. Mr. Kline fought for me, stayed in contact with me via phone and email. In addition, Mr. Kline’s paralegal staff were exceptional. Ms. Nancy who prepared legal documents, stayed in constant contact while walking me through this difficult time in my life. In all, David Kline and his staff took the time to understand my case and was able to settle my case approximately 1 year after I had consulted and hired him. Thank you for all of your help, I would recommend him to anyone who wants an attorney who will fight hard for them.
This review is from a person who hired this attorney.
Hired attorney

David Kline went above and beyond to ensure a successful outcome to my very complicated personal injury case! He refused to rest until he prevailed! I cannot praise enough and will recommend him as often as possible!
This review is from a person who hired this attorney.
Hired attorney

Mr Kline and his entire team were exceptional. I was involved in an accident and Mr Kline and his team made this an effortless process for me. Anytime I called or emailed I got an answer almost immediately no matter what time of day. If I had an issue they were right there to fix it. God forbid I ever need a lawyer again I will go no where but Ostroff law. I highly recommend all of them, but especially Mr Kline
This review is from a person who hired this attorney.
Hired attorney

David Kline was my lawyer for a car accident that occurred last year. I had limited tort insurance and a lot of other lawyers turned me away due to this. Not David Kline and Ostroff injury law. They said they would try their best. They guided me, gave me some hope and had patience with me as well as i was anxious and worried about all of my medical bills and about my injury. In the end, we won rhe full amount possible you can in a limited tort case! I would highly recommend Mr. David Kline and Ostroff Injury Law. My paralegal, Rachel was beyond awesome. Always kept me up to date and showed concern, empathy, and so much patience with me as well.
This review is from a person who hired this attorney.
Hired attorney

David Represented my young son. He and his staff were in constant contact with me, in every aspect of my sons case. He took the time to call, email, and sit down with my son and I and made sure we were comfortable with every move he made. This is the guy you want to make sure you and your family are well informed and well represented. Thanks Dave.
This review is from a person who hired this attorney.
Hired attorney

Always there for me

Dave always took the time to answer my questions and give me his opinion so I wasn't making decisions alone. His advice was so helpful, I feel I made the right decisions about the case. He and his partner got me much more than I expected, and my case was settled just over a year after I hired him. I hear so many people say they never heard from their lawyer. Not with Dave. He answered my texts, my emails and my calls. He is the best, I would never hire anyone else but him.
This review is from a person who hired this attorney.
Hired attorney

David represented me in a difficult, emotional case and came through with flying colors. He was calm, patient, reassuring, and exceptionally responsive throughout all the legal drama! His advice was spot on, and explained so clearly it was easy to understand. He answered my questions thoroughly and PROMPTLY! which is unusual, in my experience. Highly recommended.
This review is from a person who hired this attorney.
Hired attorney

David was a good lawyer, he responded to me quickly with accurate answers. It was all I hoped for in a lawyer.
This review is from a person who hired this attorney.
Hired attorney

David help me get the award that I deserved. The defendant's insurance initially offered $1000 which was an insult. Dave walked me thru every step and even though it took a while it still settled an a very fair award amount I was very impressed with David....thank you so much!!!!!!!
This review is from a person who hired this attorney.
Hired attorney
See all reviews

David knows the ins & outs of automobile insurance law as few other lawyers do. He has decades of experience in litigation of cases as well.

Dave is the go-to-guy for the law. He is an human encyclopedia of legal knowledge. In addition, he is compassionate and hard-working.

Dave's knowledge of personal injury law is unprecedented. In dealing with hundreds of attorneys across the state for the past 10 years, I have never met someone so knowledgeable on the PA Motor Vehicle code. But this is not an anomoly, as David "wrote the book" on Pennsylvania's Premises Liability (Pennsylvia Premisses Liability: Law and Forms (2003)) and authored a book on emotional injuries that arise from tortious claims (Emotional Injuries: Law and Practice (1998)). His research and writing skills as a lawyer is only second to his client communication skills.

I endorse this lawyer. He is a fighter!

I have been opposing counsel on multiple personal injury matters with David. He is an exceptional advocate on behalf of his client in the courtroom while at the same time acting in a professional and courteous manner with all counsel. I highly recommend David.

Dave is a very skilled and forceful advocate for his clients. I worked with Dave for nearly three years and was impressed by Dave's passion and ability to overcome difficult obstacles to achieve a good outcome for his client. He has a very good reputation for very good reasons.

I highly recommend David. He is the most knowledgeable attorney when it comes to auto law and slip and fall law in the state.

I endorse this lawyer. Dave is one of the smartest lawyers I have ever met. In a profession populated by egotists and businessmen, Dave has managed to maintain an impeccable reputation for expert legal research and advise while maintaining his ethical core. His zealous representation of clients is built on his foundation of understanding and communicating with his clients.

I endorse this lawyer. Working in the past with Dave I have found him to be very knowledgeable when it comes to personal injury cases. There have been many times I have consulted Dave on various issues knowing I would get accurate information. I would be happy to recommend Dave to anyone.

I endorse this lawyer. Dave is a highly knowledgeable attorney with whom I have consulted on many occasions. He is well-versed in several areas of law. He is methodical in his approach to problem solving, preparing pleadings and defenses. His attention to detail is enviable. Dave has excellent rapport with his clients who admire him greatly. I highly recommend this lawyer.

Mr. Kline is highly recommended. In addition to his advocacy, Dave brings the skills of great teacher – knowledge, dedication, preparation and patience – to the practice of law, which benefits all of his clients and all of their claims.

David is one of the brightest lawyers I know. He has a strong command of several diverse areas of the law and is the rare kind of lawyer who can read complex statutes and caselaw and intuitively know what they mean and how to apply them to a set of facts. He also makes his clients feel like they are talking to an old friend.

I endorse this lawyer. Dave has a keen legal mind and a knack for clear, concise legal research and writing. He's also very talented and personable in explaining legal principles and vigorously advocating for his clients.

Dave's wealth of legal knowledge and experience allows him to effectively advocate for his clients and constantly produce results that exceed expectations. His ability to explain the law in "plain english" makes the most complex legal matters seem simple. I recommend Dave without reservation for all your legal needs.

I endorse this lawyer. David B. Kline is a fantastic attorney. His knowledge of the law and his familiarity with the legal rules and procedures of counties across the state of Pennsylvania enable Dave to provide unique and competent representation in all types of personal injury cases including MINE !!!!

If you choose David as your lawyer you can be assured you will receive excellent representation. He is very knowledgeable, always prepared and works tirelessly to get his clients the best possible result. I fully endorse him as a personal injury and insurance lawyer.

Dave is one of the most insightful and effective lawyers I have had the pleasure of working with. His ability to thoroughly analyze any legal problem and effectively craft a response is top notch. I would heartily recommend him for any type of legal matter.