John M. Ogden has over 25 years of courtroom experience in trying and winning cases, including DUI, Criminal Defense, Real Estate cases as well as handling Wills and Estate matters.  We are focused on finding ways to creatively solve legal issues in an effective and efficient manner, and we are ready to work for you.

The Law Firm of John M. Ogden is a full-service general practice law firm in York, Pennsylvania. In addition to trial defense, we handle all types of buisiness matters from partnerships and corporations to LLCs.  We represent both plaintiffs and defendants in all business matters and contract disputes.

We have a full service title insurance service for commercial and residential real estate transfers.  Attorney Ogden has been a Pennsylvania licensed Title Insurance Resident Agent since 2003.

Attorney John Ogden has won major DUI (Driving Under the Influence of alcohol or controlled substances, or both) sentencing decision in the Supreme Court of Pennsylvania. The highest Court in Pennsylvania unanimously agreed with Ogden that the way the trial courts were sentencing subsequent DUI offenders was illegal. In its unanimous decision, the high overruled three prior Superior Court opinions. The issue was whether a DUI offender may be sentenced as a repeat offender if there was no conviction between the first offense DUI and a subsequent offense DUI.This occurs when someone is arrested on a DUI charge, but not yet found guilty. If that same person is arrested for another DUI before the conviction on the first DUI, this opinion will apply.  Commonwealth v. Haag, 603 Pa. 46, 981 A.2d 902 (Pa. 2009).

Attorney Ogden recognizes that a DUI is a very serious crime and does not in any way condone multiple DUI offenses. However, he believes that everyone in entitled to Equal Justice Under Law and the law should be followed. Attorney Ogden has been fighting for his clients' rights since 1993.

Attorney Ogden recently challenged driver's license suspensions for a large group of driver's whose licenses were suspended up tpo ten years after their criminal case was over.  The York County Clerk of Courts audited his office and learned that driver's whose license should have been suspended were never reported to PennDot.  In one action, he directed that over 5.000 drivers be reported to PennDot and their licenses were automatically suspended.  The law provided no relief until Attorney Ogden fought the case, and won.  As a result, a new rule was announced giving relief to those unjustly suspended.

Attorney Ogden served in the Pennsylvania Army National Guard rising from an enlisted private in 1983 to being a commissioned Officer in 1987.

Attorney Ogden began his career practicing with Law Firm of Kain Brown & Roberts, (which later became known as Rhoads & Sinon, LLP), from 1993 until 1999.

Call today to hear how John Ogden can guide you though the legal system! 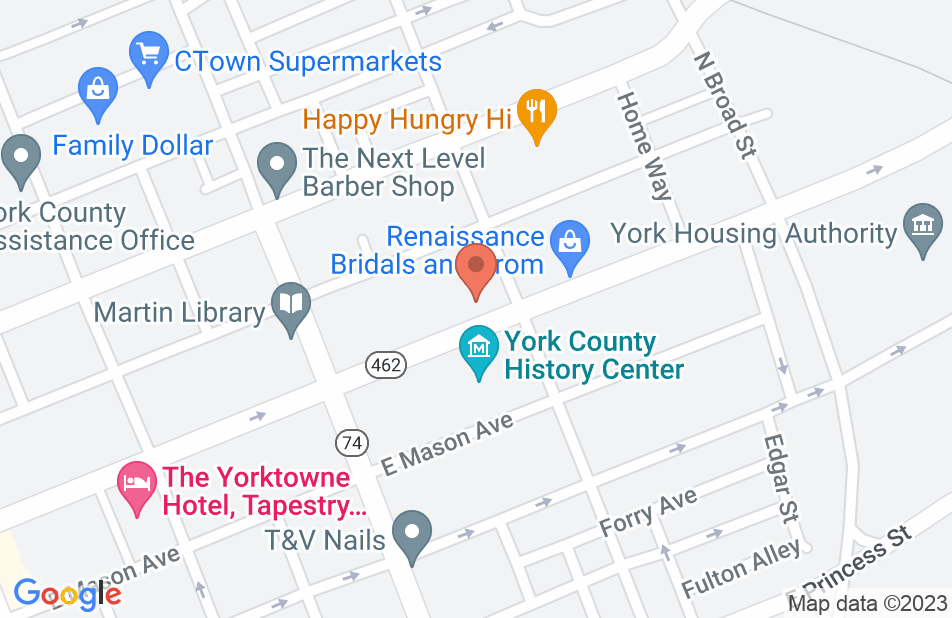 I had consultations with two other Attorney's in York before meeting with Attorney Ogden who I chose to represent me. He explained everything in detail about my case and the charges against me in and for the first time in weeks, I knew and understood what I was up against. I was finally aware of both the best and the worst possible outcome in the criminal case against me. There was no more guessing. Lucky for me, because of Attorney Ogden, my case ended with the BEST possible outcome.

GO NOWHERE ELSE FOR DUI!

Ogden does his homework and doesn't use a "cookie-cutter" approach to DUI. He researches before court. I was MUCH happier with him than with my other attorney AND with our results!

After hiring the wrong lawyer, I decided to go it alone and complete my own divorce. Although I made decent progress, I suggest not doing that. I needed some help, so after consulting with a second lawyer who helped me for a bit until they retired early, I needed to complete my divorce. I was now over 900 days into this divorce and needed closure. I called the office of John M. Ogden. I made an appointment and we sat down and discussed my situation. John agreed to take on where I left off and help me finish an arduous and time consuming divorce. I can not leave out the help from John's assistant Chamaine who kept me up to date on the progress of my divorce. I greatly appreciate the work they have done to finalize my divorce. I can not thank them enough for alleviating the stress that I have dealt with for just shy of 3 years. I wouldn't hesitate to use them again if I ever need legal representation.
This review is from a person who hired this attorney.
Hired attorney
John Ogden's response: Thank you for the review. It was a pleasure to help you get this divorce behind you.

Very knowledgeable, professional, helpful, and will get you justice.

The experience was calming and structured from the beginning. John stayed in contact throughout the process. He Won for us, we would recommend to anyone.
This review is from a person who hired this attorney.
Hired attorney

I’ve used John a couple of times for myself with all ending good. I recently went to him with a issue my daughter had that needed immediate attention and within 2 days resolved it. Have a situation and need someone you can trust and not feel like their in your back pocket give him a try, Thanks again John.
This review is from a person who hired this attorney.
Hired attorney

Provided expert guidance; received a favorable judgement for the traffic citation from a difficult Judge who seemed to have an attitude who interpreted Traffic Regulations differently from the written law.
This review is from a person who hired this attorney.
Hired attorney

Mr. John Ogden has represented me on numerous occasions. He has always gone above and beyond what was needed from him. He is not a typical lawyer who tells you what will happen. He truly counseled me on which way things could go. I appreciate all this lawyer has done and he will continue to be my lawyer if I should get into anymore situations.
This review is from a person who hired this attorney.
Hired attorney

Attorney Ogden has the expertise and experience to navigate the legal system but also does it with compassion and understanding. He has a way of putting your mind at ease. You can be confident he will do everything he possibly can to help you. Attorney Ogden also takes the time to explain the process in a way that is easy to understand. You will leave his office with a sense of relief.
This review is from a person who hired this attorney.
Hired attorney

John showed concern and empathy towards my minor son when he was charged with felony, conspiracy to commit when it was clear he was in the wrong place at the wrong time with the wrong friend. John was able to get the charges dropped.
This review is from a person who hired this attorney.
Hired attorney

John is the ideal lawyer for those who hate lawyers...personal, understanding, and tenacious with an unequaled knowledge of the law.... handled my court appearance quickly and in my favor, he handled multiple cases for me Tenant Landlord, Traffic and also referred me to equally competent attorneys outside his realm
This review is from a person who hired this attorney.
Hired attorney
See all reviews

I endorse this lawyer. John is always prepared and professional. He works hard on behalf of his clients.

I endorse this lawyer. John is a very copentent and hard working attorney. He diligent abd will go out of his way to take care of your legal issue. He treats everyone with respect abd courtesy.

I endorse this lawyer. John brings a wealth of experience to bear on each matter he represents. I would retain this lawyer. He is professional and always prepared.

John Hamme, DUI and DWI Attorney on May 5, 2017
Relationship: Fellow lawyer in community

I endorse this lawyer. Client focused and detail orientated.

I endorse this lawyer. John is one of the few attorneys who can call himself a general practitioner. He has great intellect, works tirelessly for his clients and is ethical. He is always ready to help me when I need an opinion on a case. I would not hesitate to hire John for legal help.

I endorse this lawyer highly. Attorney Ogden and I have been on opposing sides in municipal and zoning litigation many times. Attorney Ogden is a devoted and aggressive representative for his clients. He is creative in his legal theories and in many instances, sets new standards for the legal matter to be reviewed and acted upon in appeals.

I endorse this lawyer. While being a zealous advocate for his client, he was always professional and courteous to my staff and me.

I have attended advanced DUI training with attorney Ogden. I endorse him for his knowledge and skill in DUI law.

John has a great mind for Criminal Defense law. Provides guidance and advise to many of the lawyers in the community in this area of expertise.

I endorse this lawyer. He is an excellent example of a great lawyer!

I endorse John Ogden without reservation. He is a very talented lawyer with high level skills in the courtroom and he knows many areas of the law and has been a mentor, colleague and has also co-counseled with me as well and gotten very good results.

John is a hard working DUI defense lawyer who knows more than just the law. He spends a lot of time learning about the scientific aspects of the chemical tests the government uses to test for alcohol content. That is what gives him an edge over other lawyers because it is the alcohol and drug content that makes or DUI cases and John knows where to look and what to ask to take apart the prosecutors case. I endorse him highly.