Aggressive advocacy you can trust. Fighting to protect your rights and your future.

Craig E. Kauzlarich is an associate attorney with Abom & Kutulakis. Craig focuses on the areas of criminal defense and appellate practice. Craig is a graduate of The Penn State Dickinson School of Law. During law school, Craig gained experience in federal criminal law while serving as a law clerk for the United States Attorney for the Middle District of Pennsylvania in Harrisburg. Craig also worked on professional discipline cases for the Pennsylvania Department of Education, Office of the Chief Counsel. Following graduation, Craig was admitted to the Bar of Pennsylvania. Craig served as Judicial Law Clerk to the Honorable Linda K.M. Ludgate, Head Judge of the Criminal Court Division of Berks County, Pennsylvania, where he gained valuable expertise in pre-trial practice, trial advocacy and appellate procedure. Craig worked on a full range of criminal cases, including charges of homicide, sex crimes, aggravated assault and drug possession and distribution. Craig also completed extensive research in laws governing suppression of evidence, sentencing and pre-trial diversionary programs, such as Accelerated Rehabilitative Disposition (ARD) and Intermediate Punishment. In addition, he managed a full docket of cases where defendants sought post-conviction relief. Craig is also attorney advisor to the Cumberland Valley High School mock Trial team. 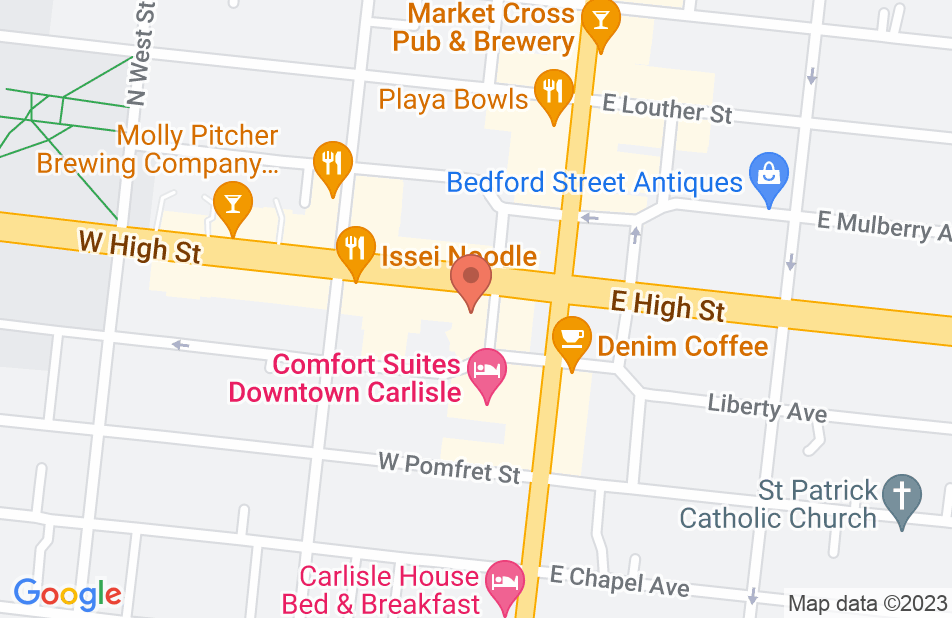 I was in need of legal of representation for an out of state matter & referred to Mr. Craig Kauzlarich by my personal attorney. Mr Kauzlarich was a pleasure to do business with. I could not be more pleased w/ his representation. I found Craig to be very knowledgeable, easy to speak to, professional and courteous. Excellent communication, followup & follow through.
This review is from a person who hired this attorney.
Hired attorney

Craig always was very professional, and genuinely cared about my needs as a client. I was thoroughly happy with his diligence to address new issues that were raised throughout the time he represented me. Even though the plaintiffs were dead set on a Felony charge, we worked together and were not satisfied with what they were proposing and through his keen insight he managed to convince the plaintiffs to change there charges to a misdemeanor charge. Through hIs diligence and his professionalism this has helped me to maintain a continuous path in my career field. For I am forever grateful to have had such a great lawyer representing me in resolving my issues and wish to Thank him again for his support during this crisis.
This review is from a person who hired this attorney.
Hired attorney

I was denied when purchasing a gun. Mr. Craig Kauzlarich was informative, professional and lead me though the legal process step by step. He made me feel at ease. Mr. Craig Kauzlarich focuses on every detail and explains all aspect of each step. The out come was successful. I am so thankful I had him as my attorney and would highly recommend him. Thanks again.
This review is from a person who hired this attorney.
Hired attorney

We hired Craig to defend our son. Our son was sick and had a drug problem. A DUI charge turned into far more serious charges. After 17 months Craig was able to have our son plea to probation. This was a significant accomplishment considering where we live and the fact our son is bi-racial. Craig was upfront about what our was facing. I have no doubt that another attorney would have encouraged our son to take the initial offer of almost 2 years in prison. Through the process many additional facts came to light that resulted in probation not prison. When Craig met our son he was a young man lost, with a drug problem.. Today, he is a sophomore in college, completed 10 months of rehab and has another chance at life. The only thing left to say is. Thank You!
This review is from a person who hired this attorney.
Hired attorney

I hired Craig to handle a criminal case I had. I was nervous because I have never had to hire an attorney for anything before, but Craig eased my mind, and "held my hand" through the process, and made the experience less scary. Great attorney and very experienced, I highly recommend him.
This review is from a person who hired this attorney.
Hired attorney

Attorney Kauzlarich was the best choice in an Attorney I could have hired for my case. He was extremely knowledgeable and was very straight and to the point, which I liked. He was very responsive to my e-mails and phone calls. He also billed reasonably, which is a rare find for an Attorney. The staff at his firm, were very kind to work with as well. Made a negative situation less stressful for sure!
This review is from a person who hired this attorney.
Hired attorney

Upon hiring Craig, he helped me resolve a public drunkenness charge. He was always there when I needed him, quick to respond to any communications, and gave great legal advice. Would definitely recommend him to anyone in the area!
This review is from a person who hired this attorney.
Hired attorney

Best lawyer I've ever worked with. Completely prepared and able to simplify terms and strategies. Felt like Mr. Kauzlarich was on my side, not just trying to rack up billable hours. Only wish he also did family law as well as his other specialties.
This review is from a person who hired this attorney.
Hired attorney

Craig helped me at a difficult time. My friend was in trouble for a drug problem and with immigration. Craig explained everything and handled legal problem.
This review is from a person who hired this attorney.
Hired attorney

Craig helped me crash case in Carlisle. He has good experience. Respect!!!
This review is from a person who hired this attorney.
Hired attorney
Craig Kauzlarich's response: Thank you for the review Aziz. I am always glad to help out a CDL.
See all reviews

I endorse this lawyer. Craig is an extremely knowledgeable, hardworking attorney. His zealous advocacy is respected in his community and illustrated by his results for his clients. Craig has an exceptional knowledge of the law. He is always very well-prepared and he always fights tirelessly for his clients. Craig always demonstrates the highest degree of legal ability and ethical standards.

When Craig represents his clients, he leaves no stone unturned. Craig's outstanding writing ability, knowledge of both state and federal law, and his amazing eye for detail ensures he is fully prepared at every stage of the legal process. Craig will have the law and research to back his thoroughly developed arguments. Defendants in need of representation are privileged to be able to get such an experienced and knowledgeable lawyer on their side.

Craig is an extremely talented attorney. His incredible writing abilities put him ahead of his opponents and definitely make him the top choice for an appellate advocate! Craig uses his vast knowledge of both State and Federal law to always be well prepared. He is ready to fight for his clients, whether it be in the courtroom or through a brief!

Craig is an extremely sharp and skilled advocate. His extensive knowledge of both federal and state law gives him the ability to quickly diagnose just about any legal situation. Craig is well spoken and knows the law inside and out. I would recommend him to anyone seeking representation.

Craig is a talented attorney with extensive knowledge in both federal and state law. He has a keen eye for detail which he uses to his clients' advantage both in his writing and in the courtroom.

Craig is a talented and very sharp trial and appellate advocate. Craig is able to tackle the most complex of legal issues with ease. He is always well prepared. Many folks THINK they are the smartest person in the room....Craig most often is.

I endorse this lawyer. Craig is a brilliant attorney whose legal writing skills and courtroom advocacy are essential elements when looking for qualified representation.

Craig is an associate in our law firm. We sought out Craig as he is a highly experienced writer and possesses years of appellate experience. In addition to his appellate work, Craig focuses his practice in the law firm's criminal defense section.