Since launching the law firm of Powers & Santola in 1987 with John K. Powers, Santola has treated each of his cases with the individual attention they demand. His law firm has received the top ranking by U.S. News and World Report and Best Lawyers

He holds an undergraduate degree in economics from the University of Buffalo. After earning his law degree from Albany School of Law, he taught as an assistant professor at Rensselaer Polytechnic Institute School of Management in Troy, N.Y.

In 1976, Santola turned to the field of personal injury law, and accepted an associate position with one of the Capital Region’s top trial lawyers. Five years later, he became a partner in the firm of Bloomberg & Santola where he worked until he teamed with John Powers to start their practice.

Santola, who started his career as a university professor, has spent three decades teaching personal injury law for court attorneys and judges at professional association conferences and at law schools.  His topics cover subjects such as construction accidents, medical malpractice, trial tactics, evidence, and products liability. 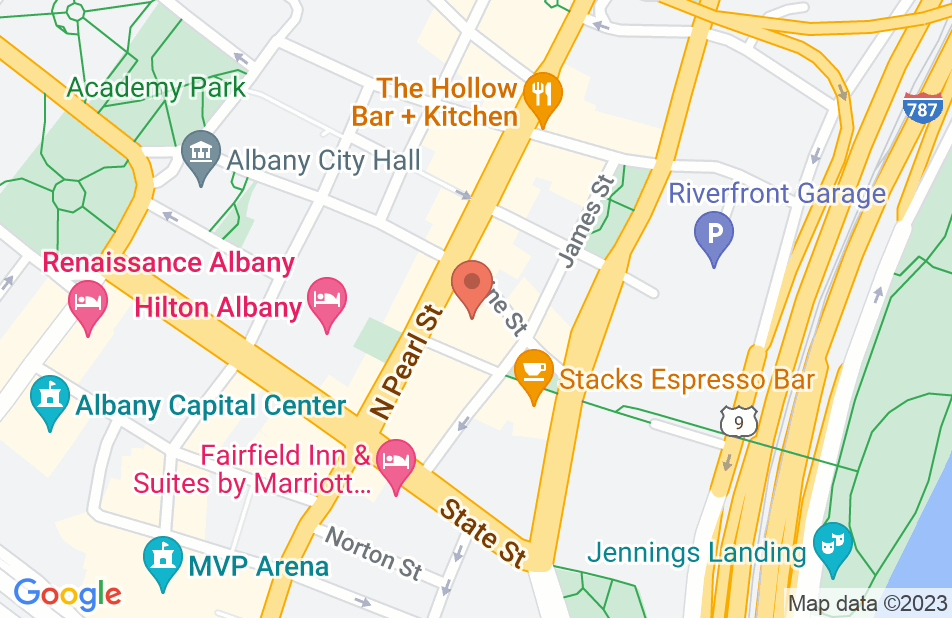 Not yet reviewed
Review Daniel Santola

I have had the pleasure and privilege of knowing and on some occasions working cases with Dan for over 30-years. He is a consummate professional and second-to-none in trial practice and skills. I cannot recommend Dan Santola highly enough.

Dan is very thorough, addresses the core issues of the case with precision and careful thought and is very likable in and outside of court. Dan does not budge an inch until he gets the top dollar for his clients. If I were hiring a lawyer for one of my family members, I would hire Dan Santola, Esq.

To say that I endorse this lawyer's work would be a gross understatement .The only reason I would rate him 10/10 is because that is the highest rating AVVO allows. Dan is not only a superb advocate in and out of the courtroom, but his in-depth knowledge of the law exceeds that of virtually every other attorney I have ever met. He is a superb and gracious mentor to fellow attorneys, a Dean of the New York State Academy of Trial Lawyers, and more gracious with his time than anyone could ask for. He is an inspiration to fellow attorneys.Anyone he represents is truly fortunate.