We are "Serious Lawyers for Serious Money" - top-caliber attorneys responsive and aggressive in representing you.  Call 718-454-8888 for a free consultation and get the compensation and security you deserve.

Mr. Manoussos received his Bachelor of Arts from the University at Stony Brook and his Juris Doctor from Michigan State University College of Law. He has completed programs of instruction for lawyers at Harvard Law School and an executive education program at Columbia University Graduate School of Business. 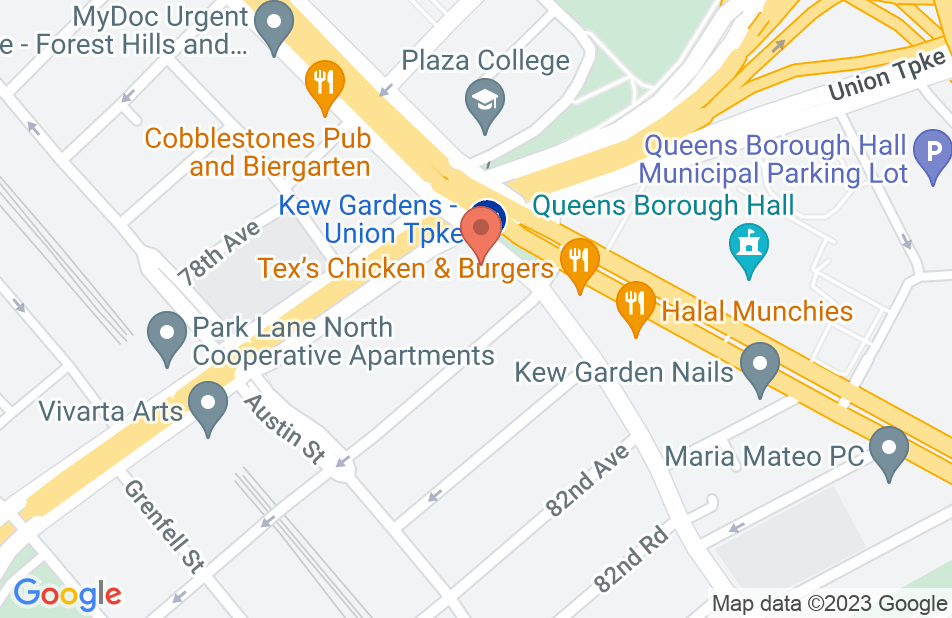 In our first meeting with Michael, he told my wife and I that he was a "Mad Dog" and a "relentless" litigator. Now that my lawsuit is over, I know it was his style of practicing law that enabled us to get the absolute largest settlement possible! Don't be enticed by lawyers you see on TV or hear on the radio--they are not real. If you have a serious case, and want a serious settlement--hire a serious lawyer: Michael Manoussos. THANK YOU Michael, Andrew and your entire staff, for accepting my case, litigating it ferociously, and delivering the best possible outcome. This will honestly change my life, and the life of my family, forever.
This review is from a person who hired this attorney.
Hired attorney

Legal actions can be complicated and nerve wracking. With Michael Manoussos and his team handling my case, I felt confident. They carefully explained my options. They handled my case each step of the way until we got a successful outcome. I highly recommend them.
This review is from a person who hired this attorney.
Hired attorney

With having go through this process for the first time Michael Manoussos and his team guided me step by step. I was always informed of everything regarding my case. I comfortable asking questions whenever I was unsure of anything. A MVA is never easy to experience but with Michael Manoussos and his team on my side, I was worried free. I truly appreciate the hard work that was done on my behalf. Thank you!
This review is from a person who hired this attorney.
Hired attorney

Very happy Michael represented me. He is the best of the best. Michael and his firm really and truly fight for you, and take great care of you. Michael knows his law inside and out, and is an amazing litigator. he knows what the insurance company is going to do before they do it. He obtained the maximum amount for me in my settlement. I would tell anyone involved in any accident to go right to MM,
This review is from a person who hired this attorney.
Hired attorney

Attorneys you want fighting for you

Truly dedicated to representing the client and achieving the bests result for the client. Michael Manoussos is a legal encyclopedia and a legal force to be dealt with if you’re on the other side.
This review is from a person who hired this attorney.
Hired attorney

I am very thankful to have chosen Michael Manoussos & Co PLLC for my case. They gave me timely and informative statuses on my case. I was very satisfied with my settlement that was reached in a short period of time. I can honestly say that Michael Manoussos & Co PLLC cared about my well-being and made sure that I was satisfied. Thank you everyone for making it happen!
This review is from a person who hired this attorney.
Hired attorney

Michael and his team of attorneys represented me with great honors and distinction with my personal injury case. They were detailed, knowledgeable, highly skilled, patient, and exercise great professionalism. They answered all my phone calls and replied my emails on timely and efficient manner. I am so fortunate to know Michael and his great team of attorneys for several years. I strongly recommend Michael Manoussos PLLC a civil law firm to represent you. They are simply the best.
This review is from a person who hired this attorney.
Hired attorney

Mr. Manoussos is a fantastic and thorough attorney. He and his firm were great. Never was there a time when I had to follow up on my case that there was no one to answer. They put a lot of hard work in the case and I appreciate all that they have done for us. Micheal and his firm are professional and proficient. It took years for my case to be resolved and they never gave up. Dottie
This review is from a person who hired this attorney.
Hired attorney

Michael represented me in a recent action. I found him to be tenacious and well prepared. He and his associates kept me in the loop on all the developments leading up to the trial; when the time came, there were no surprises. He fought hard for me and my family and I am grateful to have found such a capable representative. He was prepared for all possible contingencies, and made the most of every situation. He treated me with respect as a client and as a human being. I can recommend him whole heartily. Thank you, Michael.

Mr.Manoussos, did an amazing job of getting me a very good settlement against all odds. He kept me informed on every step of the way. He is 100 % trustworthy, honest and upfront. I could not find a better and an experienced attorney than Mr. Manoussos.
See all reviews

Excellent opposing counsel on a litigated personal injury matter. Very honest, knowledgeable, trustworthy, and reasonable. We worked together to reach an early settlement of the case.

Michael is an excellent lawyer and is very professional. He is extremely knowledgeable about the field of aviation law/litigation. Most important, he is a great trial lawyer that I fully trust.

I endorse this lawyer Mr. Manoussos and is a highly competent, aggressive, personal-injury expert.He zealously represents his clients and maximizes their settlements. He has earned my highest rating, 10.

I endorse this lawyer. I found his AVVO responses to be well informed. Respected attorney in his community.