Ranked by the Hudson Valley Business Journal as one of New York’s top ten newsmakers, David Fried has a diverse record of experience at the federal, state, and local levels.

David is a former Legislator, the 2013 Democratic Party nominee for County Executive of Rockland County, a candidacy that was endorsed by President Bill Clinton and New York Governor Andrew Cuomo.

As a Legislator, David earned the rank of Deputy Majority Leader and chaired the Committee on Public Safety and Homeland Security.  His legislative record includes progressive legislation that enhanced opportunities for local small business owners, made prescription medications affordable for the uninsured, fought discrimination in the workplace and in communities, and combated identity theft.

Prior to serving in elected office, David served as a Presidential Aide to Bill and Hillary Clinton, traveling domestically and internationally with America's First Family.

In addition to practicing as an attorney, David Fried has utilized his law degree to teach at local colleges and in the police academy.  He is on the advisory councils of the Police Hispanic Society and the Holocaust Museum and Study Center, a role he holds close to his heart as the grandson of Auschwitz survivors.  He has earned numerous citations for his public service from community-based organizations, labor unions, law enforcement agencies, and all levels of government.

- Prior Results Do Not Guarentee an Outcome - 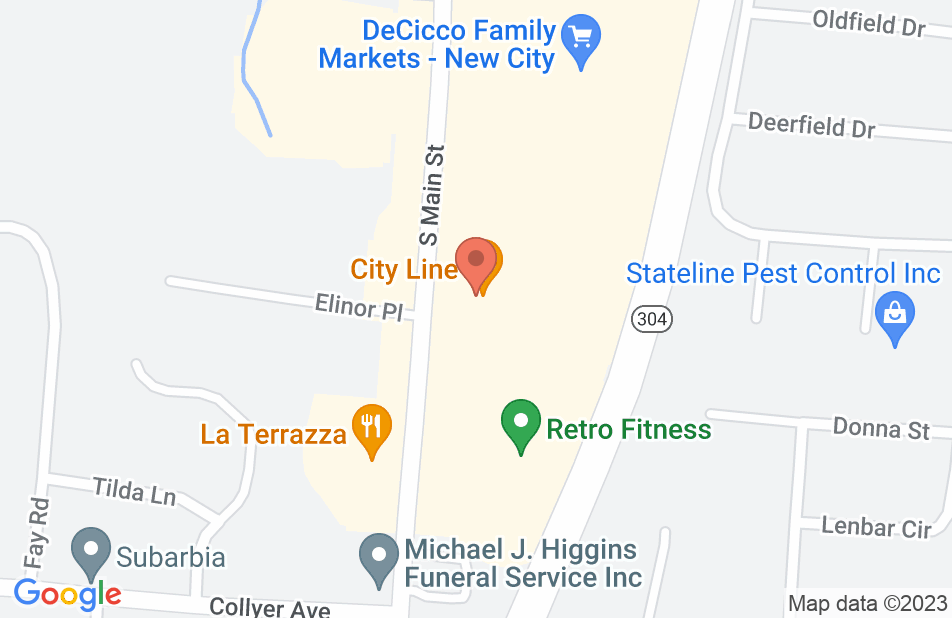 I hired David and his firm to assist with a suspended firearm license. In much less time than he anticipated his firm had my permit reinstated. All of David’s team were helpful, professional, and reassuring. Their fees were more than reasonable. I would absolutely recommend David and his firm.
This review is from a person who hired this attorney.
Hired attorney
David Fried's response: Ken, Thank you for your kind words! Our team was happy to work with you towards the desired result. Please know that you can call upon us any time you require further assistance! Best Wishes, David Fried, Esq.

This review has been a long time coming. And now years later as new related issues arise do I realize how lucky I was to have David represent me. David represented me for a Family Law related case. Always was he kind and understanding to my situation but never gave me anything but real and honest answers to my questions and possible outcomes. And now years later, as my case is revisited in another state, David and his associates quickly answered emails and phone calls as I gather all the information. Then reach out to me to check that I didn't need anything further. Only now as I struggle to find someone nearly as good do I know. You can't do better than to choose David Fried.
This review is from a person who hired this attorney.
Hired attorney
David Fried's response: Good Morning Charles: Thank you so much for your kind words! We are truly honored you chose our team to represent you. Always know our doors remain open to you in the event that you require additional assistance. Wishing you all the best. - David Fried, Esq. & Team

He and his staff were extremely helpful and professional. They helped me handle an issue with a noise complaint which everyone else told me had no solution. Constantly in touch with me and available.
This review is from a person who hired this attorney.
Hired attorney
David Fried's response: Good Morning Marilyn: Thank you so much for sharing your experience with others! It was truly a pleasure working with you and we are extremely pleased that the matter has resolved. Of course, please do not hesitate to reach me should you require further assistance. Wishing both you and your family a wonderful Labor Day weekend! Sincerely, David Fried, Esq.

I hired David to represent me at court and I am very happy with the results of my case. The lawyer always answered my questions and always attended court with me. I highly recommend them; they are very professional and very dedicated to what they do.
This review is from a person who hired this attorney.
Hired attorney

David and his staff assisted me in getting a pistol license. They are extremely professional and thorough. I would highly recommend him...
This review is from a person who hired this attorney.
Hired attorney

Excellent representation. Fought like hell and saved my business.

David Fried and Adam Gonzalez did an excellent job representing my partner and I in a recent business dispute. My business partner and I had been in a dispute with a distributor. Communication was so bad that they were no longer answering our phone calls or e-mails. We hired David Fried's law firm for representation. They laid out several paths that we could go down, ultimately recommending that we begin with the (cheaper and quicker) path of peaceful negotiations before commencing a lengthy lawsuit. David and Adam immediately opened up communication with the other party and ultimately we were able to negotiate a settlement that saved our business. The best part was that they were able to save us the time, stress and expense of a lengthy lawsuit all while getting us the outcome that we wanted in the first place.
This review is from a person who hired this attorney.
Hired attorney

I had an unexpected family court case pending and felt completely out of my element and found myself in desperate need of expert representation. In my search for an attorney the office of David Fried outshone all other prospects and my first call to his office was a Godsend. My first contact was with Attorney Adam Gonzalez who went above and beyond to reassure me during a most stressful time in my life. His advice was thorough, patient, and compassionate and at no point did I feel as if my initial call was an intrusion upon his time. That initial exchange convinced me that it was that kind of attitude and commitment that I wanted working on my behalf. Upon my first meeting with Attorney David Fried I had the strong impression of being in the presence of an expert; an intellectual committed to giving every individual client the importance they deserve. It was only natural that I hire Attorney David Fried, a veritable intellectual warrior, and his professional staff, to be my voice and guides in a potentially thorny legal dilemma, which they resolved favorably, I might add.
This review is from a person who hired this attorney.
Hired attorney

BEST OF THE BEST

Dave Fried and his staff are consummate professionals that go far beyond the call of duty to achieve great results. From every call being answered immediately to every task being completed thoroughly, they rise to the occasion. Not one message that I sent was ignored and not one call was unreturned. Dealing with Dave Fried is the most satisfied that I have ever been with legal counsel. I would recommend Dave Fried to anyone in need of desire of an effective, respectful and caring lawyer.
This review is from a person who hired this attorney.
Hired attorney

I hired David to represent me on a court-sponsored divorce mediation. The case ended up to be more complex than it appeared on first blush due to many irregularities in the procedures of the other party. David was able to consistently get good information, give reliable advice, and work effectively with the court. He steered me away from strategies that would have been counter-productive, and on some complex issues, offered creative solutions which simultaneously simplified things and brought benefit to me as the client. Thanks to his astute work, and his guidance on which issues were important and which weren't, I reached an agreement that I could live with, and move forward from a difficult situation. I was occasionally frustrated at the pace at which things moved, but in retrospect, those were for the most part inevitable in the court process, or due to the other party. During stressful times, I often found his able administrative staff would get back to me and address my concerns, which made the complicated and stressful process of divorce more bearable. In engaging David, you can also have a sense of ease in knowing that you are working with a person of who strives for high integrity, has an excellent command of the law, and has a deep commitment to community and public service.
This review is from a person who hired this attorney.
Hired attorney

We recently hired David and his firm to draw up sensitive family documents. My family prolonged what should have been a quick process to several months and could have frustrated him. David was very patient and flexible with us. The documents were in great shape when we all met at his office. He treated everyone with great respect and care as he lead us through the material. I couldn't have asked for a better experience.
This review is from a person who hired this attorney.
Hired attorney
See all reviews

Attorney David Fried is a highly capable and respected attorney in the region. Working along side him, I have come to witness first hand, his incredible integrity and determination to assist his clients. I fully endorse Attorney Fried and highly recommend him!

I endorse this lawyer. David is a hardworking industrious and intelligent attorney who has exhibited considerable empathy for his clients.

I endorse this lawyer wholeheartedly. David Fried is not only a very bright, dedicated, and resourceful practitioner in several areas of law, he is also a great listener, and truly cares about his clients and their unique concerns.

I have known Attorney David Fried for many years. He is an excellent attorney, does a super-professional job, and I endorse him wholeheartedly.

James Sexton, Divorce and separation Attorney on Jan 6, 2016
Relationship: Worked together on matter

David is an excellent lawyer and has my most emphatic endorsement. A consummate professional he is well respected by the bench and bar of New York State, particularly Rockland and Westchester. Whether at the negotiating table or litigating in the Courtroom, David is poised, intelligent, articulate and experienced. He has the tenacity and skill that clients deserve and should demand from their counsel. I offer him my highest recommendation without hesitation and with total confidence in his abilities and integrity. An "A+" lawyer.

I endorse this lawyer. David is a lawyer who cares about his clients, what is right and justice. It has been and will continue to be, a privilege to work with him and to acknowledge the impeccable credentials and devotion he brings to the practice of Law.

David is a very intelligent and experienced lawyer and former Judge. I know him to be a person with impeccable ethics. I wholeheartedly endorse this lawyer.

I endorse this lawyer. David possesses that unique mixture of competence and caring for his clients. His judicial experience enhances the ability to isolate litigation issues and advocate with a temperament designed to be results oriented. His political savvy is a decided advantage as David has an uncanny talent of reading the motivations of an adversary whether in court or at the negotiating table. Wise beyond his years, well versed in the law and able to penetrate the government bureaucracy because of the cultivation of personal relationships, allows me to state emphatically that one is well served by this advocate's stellar counsel.