Peter concentrates his practice in all areas of Family Law including divorce, custody, alimony, child support, prenuptial agreements, and college contribution issues. Peter has been a family law attorney since 2002.

Prior to joining Delorenzo, Bradley & Banfe, LLC in 2017, Peter served as the Law Clerk from September 2001 through August 2002 to the Honorable Marie E. Lihotz , PJ.F.P., who was then the Presiding Judge in the Family Part of Burlington County Superior Court. Following this, Peter worked at one of the largest Family Law practices in sourthern New Jersey.

Peter has previoulsy taught Family Law Motion Practice at Rutgers School of Law-Camden and has lectured on Family LAw topics before. He has been nominated as a "Rising Star" by SuperLawyers Magazine in years 2009, 2010, 2012, 2013 and 2014. He was also voted as an Awesome Attorney in South Jersey Magazine in 2013, 2015 and 2016.

Peter is a lifetime resident of the State of New Jersey. He resides in Moorestown, New Jersey with his wife and their three children. 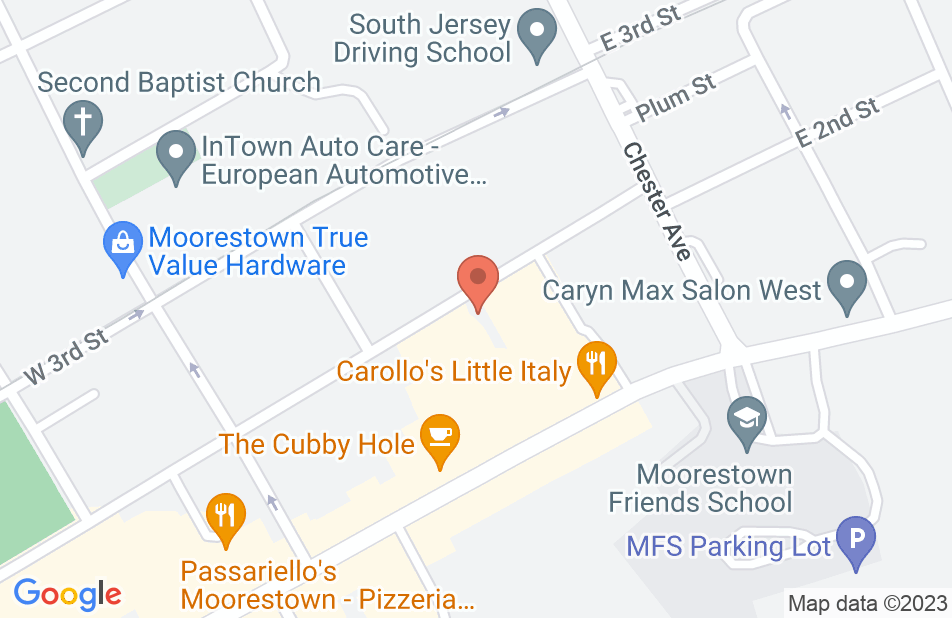 Peter Banfe is a leader in his field. He is honest, fair and has superb communication skills. His responsiveness was beyond expectation. When we initially consulted him, he suggested we attempt to settle "out of court and save a great deal of time and money" and even provided us great advice on how to accomplish this. We were a bit surprised at how open and honest he was. The attempts failed and we subsequently needed to retain him. We found him to be exceptionally bright, professional, diligent and efficient. In addition, I would be remiss not to mention his affable personality and wit. We felt a myriad of emotions during our process and Peter was understanding and compassionate. We knew early on in our relationship with Pete that no matter the outcome, we had the absolute best representation. We would not hesitate to use him in the future or recommend him to others.
This review is from a person who hired this attorney.
Hired attorney

I was already being represented by a different attorney before I retained Pete, and I couldn't have been more satisfied. Mr. Banfe displayed intelligence, wit and that he was on top of his game during my divorce. He pointed out how much my previous attorney was just in a rush to settle instead of looking out for my best interest. He is patient, understanding and funny guy also. Aside from the attorney/client relationship he's also the kind of guy you could have a drink with. I would rehire for my future divorces.
This review is from a person who hired this attorney.
Hired attorney

Got me to the finish line!

Mr. Banfe represented me post Divorce to finalize paperwork that was left incomplete by another attorney. Mr. Banfe and his staff were professional and courteous every step of the way. He takes the time to listen and is always available and responsive. At a time when I was beyond frustrated Pete stepped up and worked on the problems and got the process moving along. My only regret is that I didn't hire Pete from the beginning of my divorce to represent me. If you want great representation and someone to stand up for you Pete is definitely the guy!
This review is from a person who hired this attorney.
Hired attorney

Mr Banfe is an exceptional lawyer, readily available, approachable, competent, and trustworthy. I would recommend his services to any of my friends or family members.
This review is from a person who hired this attorney.
Hired attorney

I retained Mr. Banfe's service for my divorce. From the beginning his advice was very helpful, and he was very patient with my questions. One of the qualities that I appreciated most was his ability to craft a legal letter that hit upon all of the items requested in a fast amount of billable time. I feel that he helped me obtain a result that was favorable to me and was very fair. He also made himself available and met the deadlines. After my divorce there were accounts that needed to be split and seemed to stall in the pandemic. I continued to use his legal help to move these processes along. In the end, everything resolved. I am grateful for the attention and focus that he gave to my case.
This review is from a person who hired this attorney.
Hired attorney

Excellence in his field

Met Pete Banfe almost 10 years ago, which should speak volumes. Continue to use his services to this day, when needed. Is always quick to respond whether it be by phone or email. I remember one particular instance when he was on vacation in Hawaii with his family and still found time to call me back and set my mind at ease over a custodial matter. Would not recommend anyone else. When you have the best, why look elsewhere.
This review is from a person who hired this attorney.
Hired attorney

Mr. Banfe is a lawyer who will go above and beyond for his clients. He carefully does his research, asks all of the necessary questions, and gets the job done in a quick and efficient manner. I presented Mr. Banfe with a very hopeless, lengthy, and complex child custody case from South Carolina in August 2020 and asked that he represent me in having New Jersey claim jurisdiction. Mr. Banfe did the impossible and had jurisdiction changed in October 2020. I am forever grateful for his compassion, knowledge, and expertise as this has been life-changing for myself and my three and five year old boys. If you need legal representation and need someone with a fierce dedication to his clients then Mr. Banfe is exactly the lawyer for the job!!!
This review is from a person who hired this attorney.
Hired attorney

I have been very please with Mr. Banfe's legal services. I would highly recommend him to family and friends who need advice and counsel regarding divorce. He know the laws and is fair. He is very organized, patient, and explains everything thoroughly. He reduced my stress that came along with the divorce process. He guided me from start to finish. His prices were fair. He is very responsive and communicates well over the phone, text, and through email. Very knowledgeable with court proceedings and Zoom hearings. I always felt prepared and was relieved he was on my side. He listens to your concerns and formulates documents well. He exceeded my expectations. I am a female who had a contentious divorce and would feel confident recommending him to any women finding herself in a divorce. If I had to do it over I'd choose him every time.
This review is from a person who hired this attorney.
Hired attorney

I give my highest recommendation!

Divorcing a difficult ex can be stressful to say the least. Pete took the time to understand the complexities of my case in order to provide viable solutions and a successful outcome. With his calm demeanor, Pete will handle your matter with integrity, professionalism, and expertise. Highly recommend!!
This review is from a person who hired this attorney.
Hired attorney

Don't use ANYONE else - don't be a dummy!

If you're reading this - stop. Pick up the phone. Call Pete Banfe's office. You will not regret it. I hired Pete Banfe and it was among the best decisions I've ever made. I literally don't know where to start. Do I begin with his strategic take on reading between the lines and thinking 2-3 steps ahead so you don't say the wrong thing now and cause a problem later? How about his extreme responsiveness in getting back to you very quickly during highly emotional times? Or the patience to listen and carefully incorporate things important to you or to prioritize the items needed? Very understanding of the highly sensitive situations that divorce/custody entail and the ability to get the job done and get the right results....you get the idea. Stop reading. Call!
This review is from a person who hired this attorney.
Hired attorney
See all reviews

Mr. Banfe and I were adversaries in a divorce matter. He was very knowledgeable and an effective advocate for his client. I endorse Mr. Banfe.