Tom speaks annually to the entire freshman class of the Delbarton School regarding "The Prevention of Harassment and Discrimination in Schools and the Workplace." Tom served on the Board of Trustees for Employment Horizons, a not-for-profit agency which provides comprehensive employment, training and job placement services to persons with disabilities and other disadvantages in the greater Morris County, NJ area. 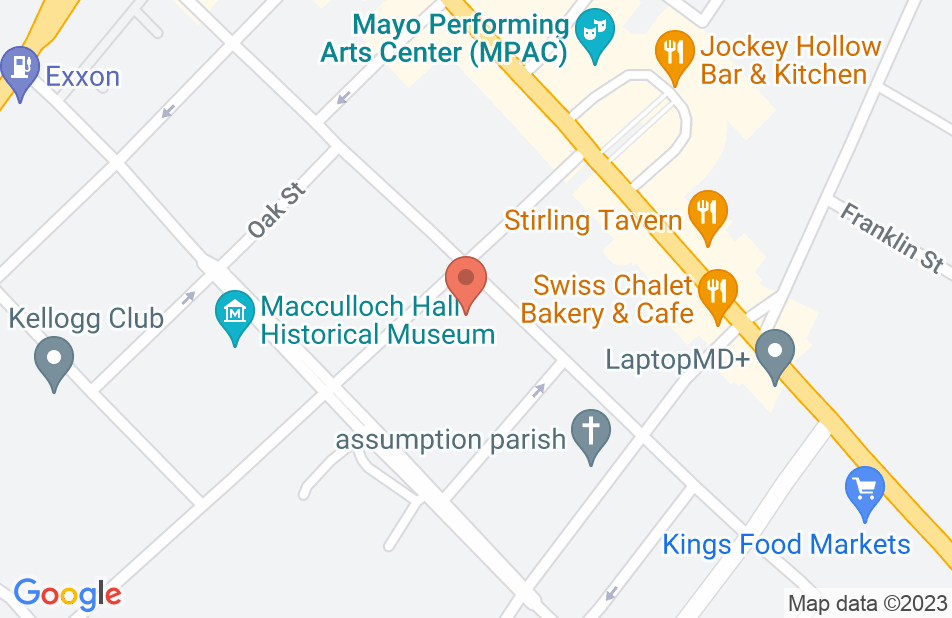 The Best Sexual Harassment lawyer you could possibly get.

Tom Micknney his Partner & his receptionist are truly a team. When I felt lost I would call and if Tom was in court his receptionist would take the time to find out how she could help. Tom is an extremely brilliant lawyer who is 100% comitted & passionate f or his clients. Thank you Tom for believing in me & fighting for my rights. REGARDS: CAS

Tom is a good guy, and a good attorney who got me out of a soup, while understanding my limited funds for legal hassles. He kept the other party at bay and allowed me to go on with my life and my work.

Better than just a brilliant and a buttoned down lawyer, Tom Mckinney is a model of integrity in a field that often lacks moral balance. Knowledeable, reasoned, articulate, persuasive, hard working, I offer an unqualified recomendation if you find you need help with an employment law issue. You will be proud of how he represents you.

They say, in life, only two things are certain; death and taxes, they are wrong. Mr. McKinney’s’ abilities as an attorney is another certainty. I am certain that he, and his partner Paul Castronovo, are two of the best in the field. About an hour after meeting Mr. McKinney, I knew that he was a well-educated passionate man who balanced intelligence, application of the law and tenacity with passion. This ability results in an elegant ability to be at ease and well prepared in deposition and or in the courtroom. He worked for me from day one with the goal of providing the best result available. I think that lawyers are like stars and the sky is filled with thousands of them, but every so often, there appears a shooting star brighter than all the others. It is without hesitation that Mr. McKinney is one of the shooting stars. Even the defendants lawyer, after he intellectually beat them up, had to respect him and his ability to recall, research, apply and deliver the law in a compelling and winning manner. No one else wanted the case, they shied away from the battle, but Paul Castronovo and Tom McKinney took the challenge rising to the occasion seeing the truth and fighting for us all the way. He may have a baby face but do not let that fool you; he is tops in law and probably a nice guy, out of the courtroom. My case was a wrongful termination that took place against a large hospital corporation. I was afraid because, although I knew I was right, I was one person going against a large corporation. Mckinney never flinched he stood up to them blocking each punch, protecting me and fighting for the truth. He used his knowledge to win summary judgment along with his partner Paul Castronovo and unraveled the web of lies they tried to produce. I write this so others know that attempting to have Mckinney select your case is the first step in the battle and you will want him leading the charge. He leaves nothing to chance, delivering confidence, respect and results for the clients he serves. You may not leap from tall buildings in a single bound, but you are a super lawyer. Well done and thank you again Mckinney, Castronovo, for honing your craft to take on those that think they are above the law.

Tom represented me in a CEPA case against my former employer and did an excellent job. I couldn't recommend him enough. We received a received a great settlement before trial. Tom kept me informed throughout the case and dispelled most of the rumors I had heard regarding attorneys. Thanks Tom.

Tom's a great attorney - quick on his feet, knowledgeable and an avid negotiator. He is who you want by your side.

Tom is my go to attorney when I have to refer employment matters away from my Firm.

I endorse this lawyer. He is very knowledgeable and gets great results for his clients.