If you’ve been charged with a crime in New Jersey, call me now so that I can get working on your case today.  I’ll be there whenever you need me – day or night.  If you need me at 3:00 am on a Saturday night, I’ll be there.
I’ll take on the worry and burden of developing a strategy to get you the best result possible given your situation, and you can get on with your life. 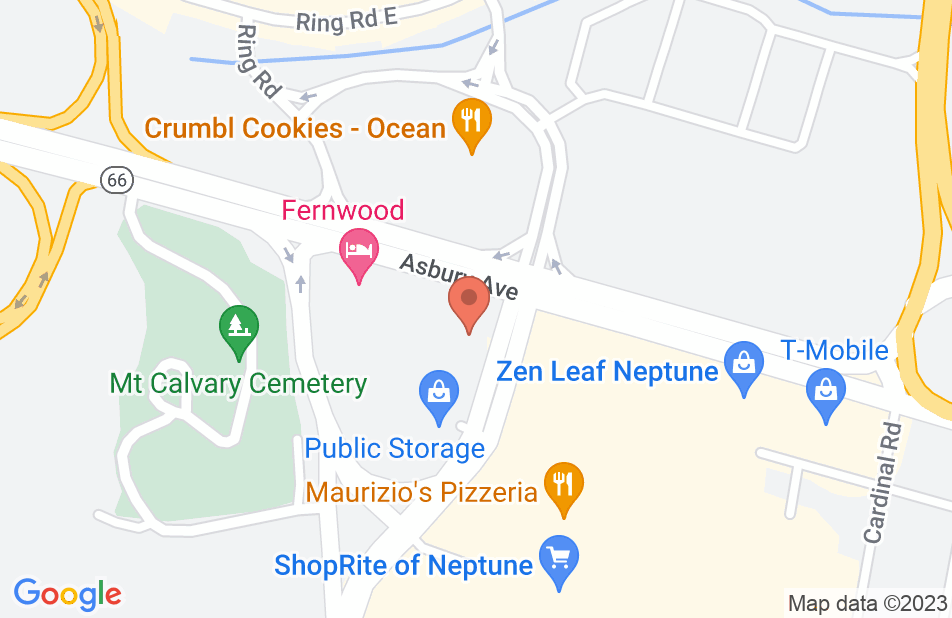 The Law Office of Jason A. Volet

The Law Office of Jason A. Volet

I highly recommend Jason Volet! He was professional and direct from the start. I had 4 traffic tickets and was facing a license suspension on one. Jason told me right from the opening consultation that he believed he could please this all down to both a 2 point ticket and a no point with no license suspension. The process took a few months. On the day of court, Jason arrived early and was able to get me in and out within about 15 minutes with the plea agreement he described to me during the consultation! Deff recommended
This review is from a person who hired this attorney.
Hired attorney

I can't say enough good things about Mr. Volet. Professional, knowledgeable, no nonesense and gets the job done. What started out as a misunderstanding over a bounced check turned into a criminal complaint. Mr. Volet spoke to the prosecutor and the matter was settled and dismissed in less then an hour. His fee is reasonable and he knows what he's doing. Thank you Mr. Volet and I hope I never need your services again ;-)
This review is from a person who hired this attorney.
Hired attorney

Jason was great. Made it clear early on I could call or text him at any time with any concerns I had about my upcoming court date. On the day of all charges ended up being dismissed. Jason was great throughout the process and I would highly recommend.
This review is from a person who hired this attorney.
Hired attorney

I've hired Jason Volet multiple times, and he has never disappointed me. He is professional, and reliable. He is an amazing attorney and handles everything flawlessly. I'll always continue going back to him no matter what my situation is, I highly recommend him to everyone!
This review is from a person who hired this attorney.
Hired attorney

I am from upstate NY a good 8 hours away from NJ. Our 17 year old son took a trip with his friend to see his sister and was pulled over and charged for having a small amount of marijuana in the car and also his toy airsoft gun from his childhood. He was facing serious charges for that gun due to NJ gun laws. These guns are not illegal in NYS. Not knowing much about NJ and needing to get a lawyer from NJ I did research and found Jason's high rating and called. He called me back in less than 20 minutes and helped us every step of the way. He was always available and there to answer our questions and quell our fears. Jason was able to get the gun charge dismissed and the charges reduced to disorderly conduct for the marijuana. i can't say enough about Jason's dedication and his caring attitude toward his clients. I highly recommend Jason Volet, especially if one of your children is in need of help.
This review is from a person who hired this attorney.
Hired attorney

After a harrowing initial meeting with another attorney - who we decided NOT to engage - we did some more research and wound up making an appointment with Jason. What a great choice. My son had been pulled over by a Trenton police officer who said he passed a stopped school bus that had it's flashers on. Although my son never saw the flashers (and, btw, has a great driving record), it came down to his word against the police officer. We were clearly destined for a day in court. The first lawyer we met (NOT Jason, and not associated with Jason), turned out to be something of a sleaze who attempted to terrify my son with the prospect of 15 days in jail, 5 points on his driving record (which would double our car insurance for the next 3 years) and hundreds in fines. That first lawyer tried to get us to ante up a $5,000 retainer for the first of what he expected to eventually be 2 to 3 days of his time -- for a potential total of $15,000 in fees. We walked out, did some more research, and wound up making an appointment to meet Jason Volet. So glad we landed with Jason. He was professional, calm, extremely knowledgeable from all perspectives, having also been a prosecutor for 15 years. He took detailed notes, discussed next steps, and we agreed to his fixed fee for this type of traffic ticket -- a fraction of what the other attorney had demanded as his day rate. We met Jason at the court house on the assigned date. When the court doors opened, Jason met with the prosecutor well before the judge entered. They pulled my son's history (clean) and within a few minutes the prosecutor agreed to reduce the charges to a dangerous driving infraction if my son would plead guilty. Net penalty: $150 and a mandated fee of about $200 -- and zero points on my son's record. We were in and out of the courthouse within 2 hours, and were able to put this behind us quickly and economically with Jason's help. I would not hesitate to recommend Jason Volet. I hope we never have the need for a defense attorney again, but he is the first one I would call should the need arise in the future. Highly professional, very knowledgeable, good communicator, excellent value.
This review is from a person who hired this attorney.
Hired attorney

I went into Mr. Volets office for a consultation after being arrested for a 3rd degree possession of a CDS. Being that this was my first time getting into any type of trouble I was very nervous. Mr. Volet is very knowledgable about the law and described what could happen. Not sugar coating; being real. Told me I was a perfect candidate for PTI. And being a man of action that is exactly what I recieved. I couldnt be more pleased with my results, its a stressful thing for many people but you can put your trust in him!
This review is from a person who hired this attorney.
Hired attorney

My experience with Jason Volet was nothing but great. He always made me feel safe and comfortable about my case and always had my best interest in mind. No matter what questions or concerns I had, he was always available to speak to me and clear up any issues I was having. Jason took care of my case in such a professional manner that made me feel very secure with the whole process. I would definitely recommend Jason to anyone who is in need of a criminal attorney.
This review is from a person who hired this attorney.
Hired attorney

Jason managed to get all my charges dropped and was very helpful in getting me court dates that I could attend, highly recommend using him
This review is from a person who hired this attorney.
Hired attorney

This is my fourth time using Jason. Two criminal cases, one wreck less driving traffic violation, and one civil case. Very good lawyer. Always returns my calls briefly, and knows his stuff especially when it come to the criminal justice field. First time I got in trouble for a small marijuana charge Jason got me conditional discharge which involved no jail time, a year of good behavior, and minor fines. The second time I was charged with a third degree felony for being caught with a larger quantity of marijuana and facing a couple years in prison. Jason got me no jail time, no community service, and just two years of probation, and small fines. I also received a wreck less driving ticket in between these cases and the prosecution was trying to take away my license for a year and Jason negotiated just fines being payed and two points on my license with no loss of license. In my civil case I had around 15,000 dollars taken from my family during a police raid and my car. He got me my car back and more than three quarters of the money taken for my family back. Great lawyer. Hire him and he'll take care of business.
This review is from a person who hired this attorney.
Hired attorney
See all reviews

Jason handled the defense of several matters that I worked on as an Assistant Prosecutor, and was always an excellent advocate for his clients.

Jason is a strong advocate for his clients.

Jason is one of the most passionate and hardworking attorneys out there. He knows the law and he knows how to get results for his clients.