Devoted to protecting your rights & fighting for what's best for you and your children.

Kelly’s practice is devoted to all areas of family law with a special focus on divorce, domestic violence, and father’s rights.

She has handled a wide variety of cases over the course of the past 27 years and served as an Alternate Prosecutor in Bergenfield and Moonachie. Her previous legal experience includes practicing at Tompkins, McGuire & Wachenfeld and Fischer, Kagan & Zarestsky.

Kelly is a member of the:

She is an active participant in her local and legal communities. Her community positions and awards include the following: 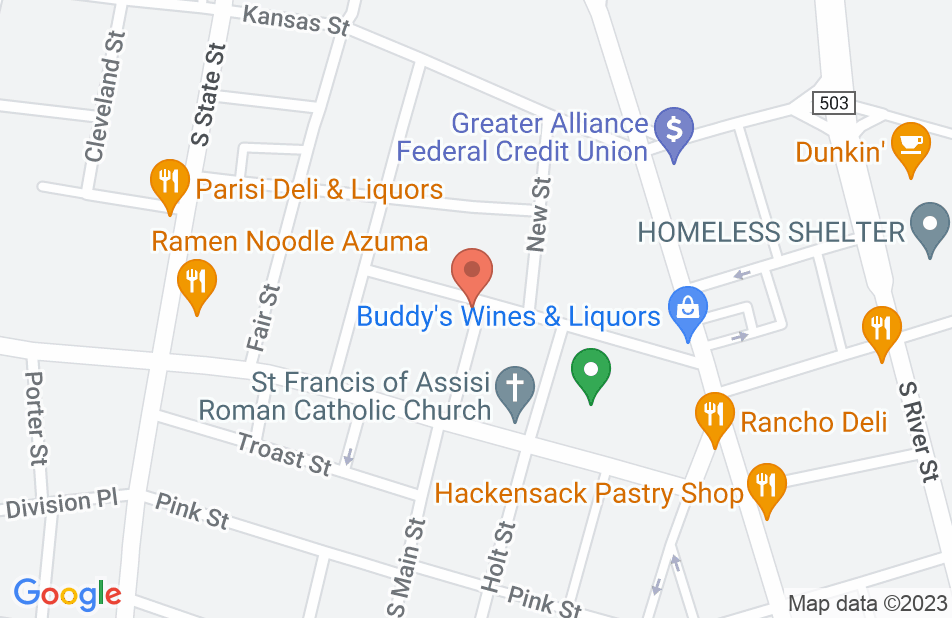 Extremely professional and helpful...especially when it comes to your children.

Nobody wants to deal with divorce period. Mrs. Rocco's office dealt with my case and my personal issues very effectively and as efficiently as possible...all while understanding my concerns over my children (which were most important). She listened and guided me appropriately with understanding what my choices meant...the law is a bit confusing and trusting someone to navigate you through it is important. ..especially when it comes to your children.
This review is from a person who hired this attorney.
Hired attorney

Best choice I made...

When I was faced with obtaining a lawyer for my divorce proceedings (and other legal matters stemming from it) a friend gave me Kelly's card and told me to giver her a call. After our first consultation, the thought of looking further for someone to represent me never entered my mind. You wont find a stronger advocate for your rights than Kelly. She will fight tooth and nail to get you what you deserve. The staff is warm and friendly, and always put my mind at ease when challenges presented themselves (which they often did). I highly recommend Kelly and her associates for any legal matter.
This review is from a person who hired this attorney.
Hired attorney

Kelly Berton Rocco was different. She was knowledgable, prepared, and effective.

My child support case was a complex interstate case (UIFSA), which involved the jurisdictional considerations of three very different states. Over the life of my case, I contacted and hired many lawyers. Some were better than others, but none came close to Ms. Rocco. As soon as I contacted Kelly I was impressed with how quickly she grasped not only the legal complications of the case, but also the difficult emotional implications. She listened, and put me at ease. She was honest about the process, costs, and realities of success, giving me the info I needed to make an informed decision. I never felt she was steering me towards any decision nor unnecessarily billing me. When I used Kelly to file a consent order to emancipate my son, the process went smoother than I imagined possible. In my opinion, this is because she chose the right approach, tone, and wording, leaving little room for contention. I have no doubt that had I hired Kelly earlier in the life of my case things would have turned out a lot better for everybody. I highly recommend her to anybody dealing with family law issues.
This review is from a person who hired this attorney.
Hired attorney

Kelly is a consummate professional with a firm grasp of family law but, more importantly, she is a compassionate ally who truly cares about and fights for her clients. There are many attorneys who are knowledgeable, but I am confident that there are few that will work as hard for you or your children as Kelly. It is never an easy time when dealing with divorce or family court issues, if you have to do so, you should do so with a caring, professional at your side, Kelly is just the person.
This review is from a person who hired this attorney.
Hired attorney

Former temp of the law office

I worked as a temp for Kelly a year or two ago. I've dealt with many attorneys in my work experience. Working for Kelly and her team was unmatchable! I was so impressed with their genuine concern for their clients, which is not easy to come by. They truly care for their clients' wellbeing and show the utmost compassion when going through the the process at hand. As compassionate and nice as they are, I also saw them go head to head without hesitation or retreat to fight for the clients. To choose Kelly and her team to represent you is to choose victory! I wouldn't go anywhere else for personal matters......victory.
This review is from a potential client who consulted with this attorney.
Consulted attorney

Kelly works not only hard, but smart for her clients. She has many years of experience and focuses on solving problems in an amicable way, yet can be very aggressive if necessary. I certainly endorse her.

I endorse this Kelly because she is a strong advocate and a long-time volunteer in her community in helping people and organizations dealing with domestic violence.

I endorse this lawyer. Kelly is well respected in the legal profession. I consider her to be a knowledgeable and capable attorney.

I strongly endorse this lawyer. Kelly is not only a colleague, but she represented me in a real estate transaction. Kelly and her staff were prepared, competent, knowledgeable and pleasant to work with. I often seek Kelly's knowledge in family law matters and recommend her regularly to friends and family.

I have known Ms. Berton Rocco for several years and know her to be an extremely competent attorney and advocate. I highly recommend her.

I endorse this lawyer. Kelly is a compassionate, experienced, knowledgeable attorney who fights hard for her clients.