I appear frequently in Superior and Municipal Courts in all of Essex, Bergen, Passaic, Union, and Morris Counties and Northern Hudson County and Southern Sussex County.  I have over 30 years experience in handling criminal, traffic, drunk driving aka DUI/DWI cases from the most basic to the most complex with a high rate of success for my clients. My fees are reasonable and I try to work with my clients regarding payments. If you have an legal problem in a practice area not listed, please contact me and I will try to help you.  Thanks. 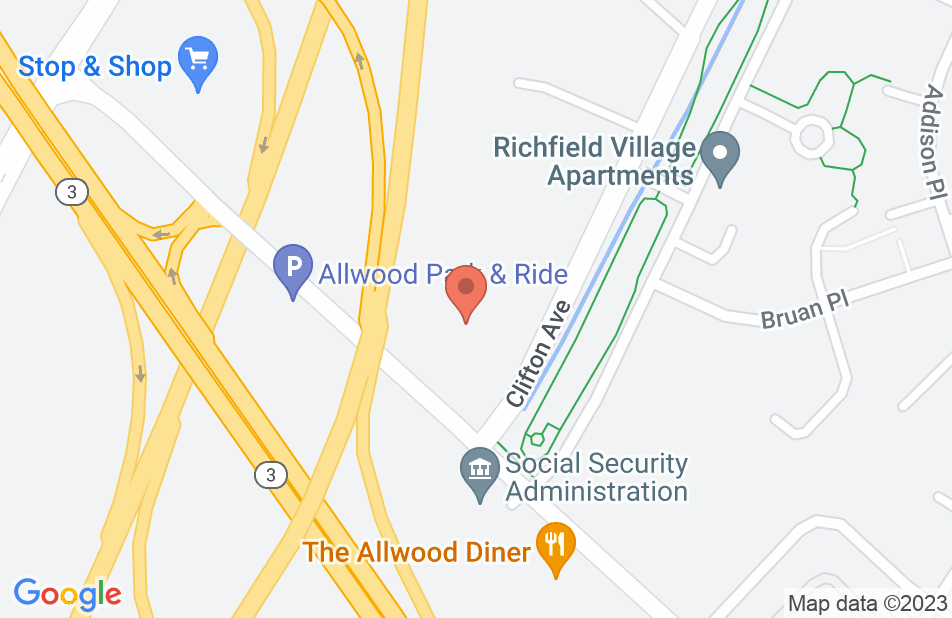 Mr Pentangelo was honest and gave me great advice and was not worried that his advice would make him less money . He took time with me without asking for money . I would recommend him for and legal advice .
This review is from a potential client who consulted with this attorney.
Consulted attorney

I was given a moving violation for staying in the left lane for longer than a quarter mile on a two lane road. After getting no where with municipal courts even answer a message, which I left over 10 calls and called the dispatch to see what I can possibly do since the ticket was completely blank. I had no idea when court was. After hiring Mr. Pentangelo matters where taken care of with no points and a small fine in a professional manner. I would recommend him.
This review is from a person who hired this attorney.
Hired attorney

I originally found Mr. Pentangelo on Avvo.com after he responded to my legal question. Upon reading the other reviews about him, I immediately reached out to see if he could represent me. What all the positive reviews say are absolutely true!! Not only is he a fantastic, knowledgeable attorney but on a personal level, he showed real compassion for me and my situation. His fee was more than fair, he was 100% honest on the possible outcomes of my situation and then he worked tirelessly and achieved the best outcome I could have hoped for. Throughout my case, he was easily accessible, reliable and explained everything thoroughly. Even after my case ended, he reached out to see how I was doing. I would absolutely recommend him to friends and family.
This review is from a person who hired this attorney.
Hired attorney

A sharp, seasoned strategist with a superb and richly deserved reputation among clients as well as attorneys across fields. (Came highly recommended by a top-notch law firm practicing an area of law other than what we needed.) Requiring an attorney often comes hand in hand with anxiety and trepidation but our fears were quickly dispelled with our first contact. He has mastered striking that delicate balance between compassion and professionalism. Very direct, realistic and reasonable, with a witty sense of humor. Kept us informed, acted quickly upon new information when it became available and provided options for us to proceed. Advised us well. It is a true comfort knowing we have such an exceptional attorney available to us for our possible future needs.
This review is from a person who hired this attorney.
Hired attorney

Attorney replied with showing me the worst case scenario but he also put me at ease by making a comment about what often happens with similar situations as mine. I appreciated his brutal honesty.
This review is from a potential client who consulted with this attorney.
Consulted attorney

Mr. Pentangelo was very helpful with his contribution into my inquiry. He wasn’t tell-ablyas biased as the other lawyers were.
This review is from a potential client who consulted with this attorney.
Consulted attorney

Robert is very high Intelligent Lawyer! He Knows THE laws and strategy. I would HIGHly recommend him . Just read his eval on his website of why Public Pretenders are awful and middle row law is a joke. Many lawyers give you a lot of hot air,, Robert is a straight shooter. You get what you pay for! ?! Yes, so hire the best! You will be amazed at the difference.. Don't leave your life to chance or in the hands of the courts or State! You Wont be Sorry!
This review is from a potential client who consulted with this attorney.
Consulted attorney

Excellence in taking care of me

I want to thank Robert for all the help. He created a game plan and stuck to it. Kept us updated. I recommend him to everyone!
This review is from a person who hired this attorney.
Hired attorney

I am amazed with the quality and performance of Robert. He helped with two cases. He saved my life twice. He was very informative. Overall he is an amazing lawyer.
This review is from a person who hired this attorney.
Hired attorney

SIMPLY STATED: HE IS THE BEST ATTORNEY BY FAR

I reached out to Mr. Pentangelo in despair and a feeling of defeat. I was issued a DWI in a nearby town of the New Brunswick area (not in New Brunswick). Anyway, from beginning to end, Mr. Pentangelo was cautious (as one would need to be in a very small, tight knit town. Plus, I has several EXTRAORDINARY circumstances involving my case). Bottom line is...HE WON MY CASE. He is by far the most meticulous, strategic thinking attorney I know. And, if anyone has ever dealt with attorney’s (which I have dealt with them in “needed” situations, as well as having several friends in the field of practice), one would know that Mr. Pentangelo is not only Professional in every sense of the word, Caring, Pleasant-Mannered, Thinks strategically/Meticulously.....but, Mr. Pentangelo is a fighter. HE WILL FIGHT FOR YOU TO THE VERY END. He leaves no stone unturned. He will respect your wishes (of course) if you do not agree with a certain tactic or if you choose to allow your case to go only so far. But, he will encourage and direct you the best way. And, bare in mind, he will fight for you to the end ...BUT, he will he right there with you 100%. He may leave no stone unturned, but he also doesn’t leave his clients feeling emotionally abandoned. This is an important aspect when choosing an attorney. With him, you never have to wonder about ANYTHING. HE HAS IT ALL UNDER CONTROL, and assured you of this, as well as informs you if anything is not going in the direction he had hoped for. He does all this knowing it may be more work on his part....but he’s always ready to “push back”. I HIGHLY RECOMMEND MR. PENTANGELO, ESQ. Don’t be foolish, hire the BEST. And, that he is!!!! Debbie
This review is from a person who hired this attorney.
Hired attorney
See all reviews