Attorney Lisa Kessler has over 25 years' experience in personal injury, Workers' Compensation, property damage claims, and civil litigation. Over her career, she has won Millions of dollars in verdicts and settlements on behalf of her clients throughout Connecticut, New York City and upstate New York. She is a member of the Connecticut and the New York Bars, and is admitted in the United States District Courts of the Eastern and Southern District of New York.

Attorney Kessler grew up in a home immersed in medicine and physiology. Her father was a surgeon in Warwick, New York where she worked in his office early on along with her mother. She witnessed firsthand, how the lives of her father's trauma patients were affected physically, financially and emotionally by catastrophic accidents. Her parents instilled in her an understanding that each patient, whether a farmer, a mother, a New York State Trooper injured in the line of duty, or local business owner, deserved dignity while in treatment and recovery.

She attended Brandeis University where she majored in American Studies, and interned during her junior year in the legal hearing department of The Boston Parole Board. She played four years of Varsity Volleyball for Brandeis, and was Captain for her last two years, where she led the team to the M.A.I.A.W. Championship.

She obtained her law degree in 1990 from St. John's University School of Law in Queens, New York. Each summer throughout college and law school, she continued to work at her father's surgical practice and to wait tables.

Upon graduating from law school, Attorney Kessler became In-House Defense Counsel to the United State Fidelity & Guaranty Company (now Travelers) in their New York City office, representing insured defendants against personal injury lawsuits and property damage matters, including subrogation and automobile collision claims. She gained invaluable insight as to how insurance companies defend claims, from their initial investigation through each stage of litigation.

In 1994, Attorney Kessler began fighting for victim's rights at the well-known New York City law firm Brecher, Fishman, Pasternack, Tilker & Ziegler, where she litigated plaintiffs' personal injury cases. While working there, Attorney Kessler fought vigorously for her clients that were seriously injured due to the negligence of others. Many of her clients were construction workers injured due to unsafe job site conditions, which afforded her the opportunity to coordinate the Workers' Compensation and Social Security Disability aspects of their personal injury cases. In those accidents where her clients lost their lives, she fought hard to recover compensation and benefits for their families.

In 2002, Attorney Kessler moved to Connecticut and began practicing personal injury law in Connecticut. She had the honor and opportunity to represent numerous families who lost loved ones as a result of the September 11, 2001 World Trade Center attacks through the Victim Compensation Fund.

She lives in Weston, Connecticut with her husband and two daughters. 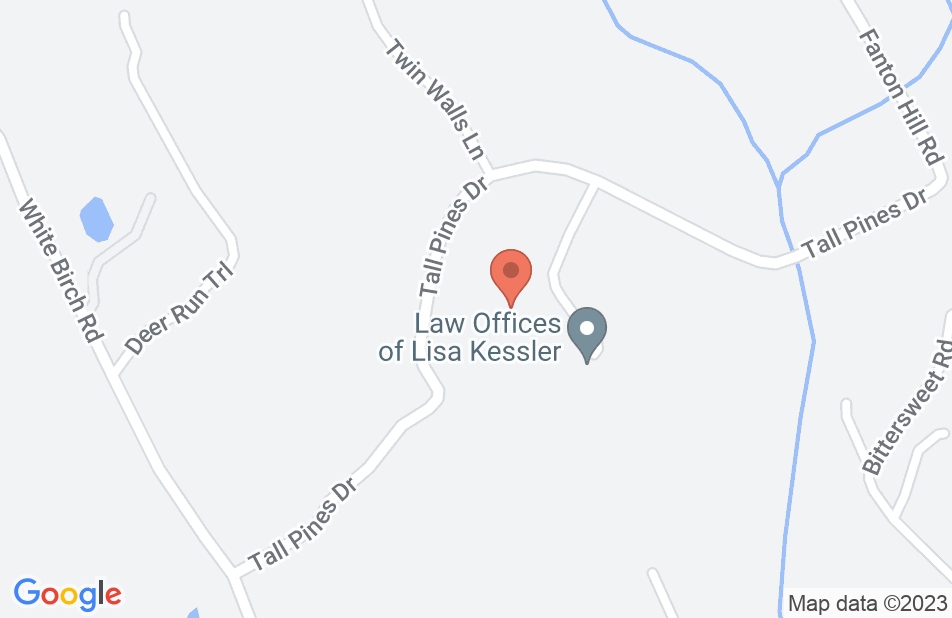 Attorney Kessler was recommended to me after I sustained an injury in a slip and fall incident. Her level of knowledge, courteous and compassionate manner were immediately evident in our first encounter. Lisa continued to offer realistic legal advice in the ensuing months which afforded me a sense of comfort. I knew she working for me. I would readily urge others to hire my attorney.
This review is from a person who hired this attorney.
Hired attorney

I highly recommend Attorney Kessler for any personal injury case. She is true professional that is honest, attentive and keeps you up-to-date on all details of your case. She offers meaningful insight and advice, presents the information in a way that is easily understood and manages every detail with great care. You're in excellent, capable hands with Attorney Kessler.
This review is from a person who hired this attorney.
Hired attorney
See all reviews

Lisa is an excellent attorney who is highly qualified in her field.