I am the litigation partner at Papcsy Janosov Roche Trial Lawyers and oversee all day-to-day operations concerning litigation on all personal injury, criminal, catastrophic injury, wrongful death, and medical malpractice claims in the firm. I am the primary trial attorney, and handle all trials and appellate arguments at the firm; this includes civil and criminal. Additionally, I have handled high-profile criminal and personal injury matters that were reported nationally through the Wall St. Journal; NBC NY News Radio; and other national news sources. I have had the honor of being recognized as a SuperLawyer for 5 consecutive years; one of three personal injury law experts per state at pi-lawexperts.com; as well as top 10 under 40 criminal defense attorneys in CT for 4 consecutive years. I pride myself on providing the best representation to my clients; whether it be defending someone charged with a crime; representing the Sandy Hook School shooting victims' families at the trial and appellate court levels; or changing the way DUI refusal law is interpreted in CT through the appellate court. As an individual who is legally handicapped from serious personal injuries sustained in car accidents throughout my life I am very cognizant of what our personal injury clients deal with on a day-to-day basis in regards to pain and disability, and I make sure to always put their interests and needs first when handling a case or claim on their behalf. There is no sum of money that will ever truly compensate someone for a permanent injury, as money doesn't take away pain; but I do try and do everything in my power to use the system to mitigate my clients' pain and suffering as much as possible. Additionally, the state has enormous power when it comes to criminal prosecutions; and I also do everything in my power to balance the scales of justice and ensure my criminal clients are never deprived of their rights by the overwhelming power of the state and federal government. I can truly say that I became a lawyer, and specifically a criminal defense and Plaintiff's lawyer who deals with the criminal justice process, as well as serious physical injuries because everyone deserves the best representation possible; whether they are facing serious criminal allegations; or serious and life-altering injuries. I am dedicated to getting my clients the best result possible under the law whether it be a criminal or civil matter. 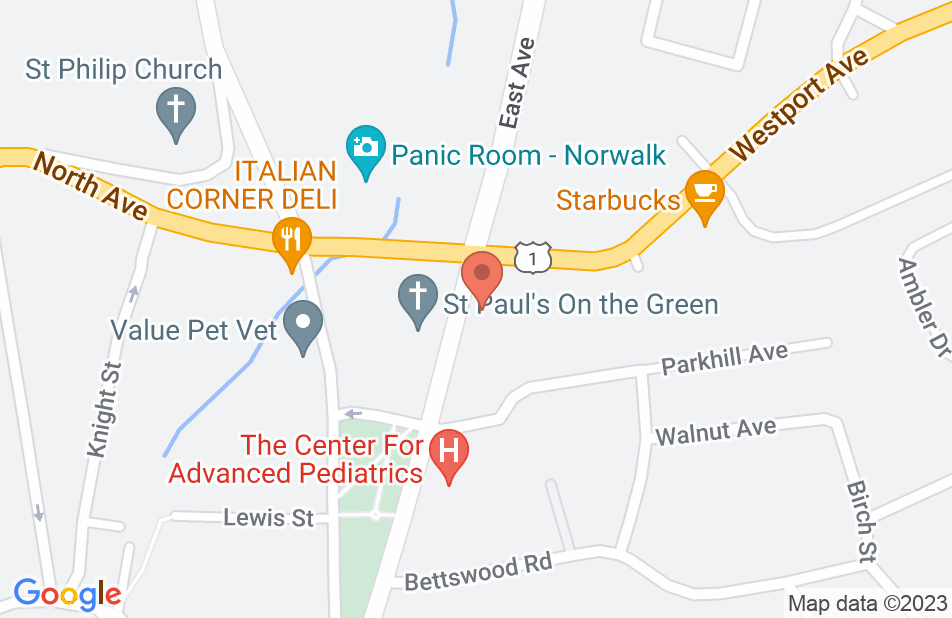 Committed, caring and dedicated to the practice.

Devin has always had a strong dedication to the practice of law, and deeply cares about his clients. Beyond his commitment to his clients, he elevates the practice itself by helping other attorneys to grow and better represent their clients. He and his firm are constantly receiving awards and acknowledgment for a reason - they're some of the best attorneys in the field.
This review is from a potential client who consulted with this attorney.
Consulted attorney

This attorney answered all my questions promptly and throughly. He guided me in the right direction. Thank you so much!
This review is from a potential client who consulted with this attorney.
Consulted attorney

Tried my "minor" (according to my previous attorney) personal injury case to verdict, by calling me to the stand and resting after only 15 minutes of my testimony. Despite having other witnesses prepared to testify for me; after 15 minutes of my testimony Attorney Janosov felt that I had connected so well with the jury, that it would be a mistake to enter any more evidence. So he turned me over to the defense attorney, who questioned me for hours, to no real point; and then Attorney Janosov, to the surprise of everyone in court, rested my case. Since the defense had no evidence, we went straight to jury deliberations. The next day the jury returned a verdict. To everyone's (except Attorney Janosov's I presume) surprise, the jury awarded me a verdict over $200,000 before interest. With less than $6,000 in strictly chiropractic treatment, Attorney Janosov agreed to take my case to trial (despite there being pre-trial offers that I didn't feel were adequate for the pain I was feeling, but were not "insignificant" amounts of money...Attorney Janosov merely said "if you don't want it, I will go to trial for you; you're the boss."). And, thanks to his unique understanding of how the jury was viewing me as I was testifying, he had the foresight to "quit while he was ahead" and it resulted in what the judge and defense counsel visibly felt was an astonishing verdict considering the facts and injuries in my case. Considering I don't believe any other lawyer would have known to do such a thing; I have to say, no matter the size of your case, if you want, or have, to take your case to verdict; you want Attorney Janosov to be the one picking your jury and appearing before them. He truly has a unique understanding of how a jury is thinking at any given moment; and turned my case into "gold" because of it.
This review is from a person who hired this attorney.
Hired attorney

Turned "lead" into "gold" for me

I was with a previous attorney for my personal injury case; and this previous lawyer (who shall remain nameless) didn't even bother to evaluate the extent of my injuries; and after 3 years of having my case, he tried to coerce me into settling my case for $6,000; I wouldn't sign, and I was complaining about it at work and someone told me to go talk to Attorney Janosov. In our first meeting he asked me so many questions I think he had a better understanding of my case than my previous lawyer did after having me as a client for 3 years. So I signed up with Attorney Janosov, who said the $6,000 offer was a "nuisance offer" and that I shouldn't even consider it. After deposing the defendant, collecting all my medical records my previous attorney failed to even get; speaking directly to my doctors to get a better understanding of my injuries and how they presented; fought with my health insurance company to get procedures covered; and pushed the case all the way to jury selection, he settled my case for more than ten times the "nuisance offer" my previous lawyer was SCREAMING at me to take. Attorney Janosov had my case for less than 2 years; and got SO involved, so quickly, he increased the settlement offer by more than ten times what my last lawyer was offered; and Attorney Janosov was ready and willing to go to trial for me if I didn't want to take the offer. As opposed to my previous attorney who basically stopped speaking to me when I wouldn't take $6,000. Attorney Janosov is a REAL lawyer; he did the work, put in the time to learn every detail of my case; and took what my previous lawyer called "un-winnable" and turned it into a high 5-figure offer and was ready to go to trial that next week if I didn't want the offer. He never tried to steer me to settle; or intimidate me into anything. He just did the work: and was always there to answer my questions and had a clear idea of how he was going to win at trial if I didn't want the almost $100,000 offer (the actual amount is technically confidential) he got me. I chose to settle; but Attorney Janosov made it so it was my choice; and I always felt like he was working FOR ME; and would do what I wanted; as opposed to my previous lawyer who treated me like I was nuisance to him. All I can say is thank god I was referred to Devin; and even though he was busy litigating high-profile cases like the suit against the Stamford High School teacher who raped his client repeatedly; and was constantly on the news and in national newspapers for that case and the lawsuit he is handling against Newtown, CT and their Board of Ed for the Sandy Hook Elementary School Shooting; both cases which I knew were FAR bigger and more important than mine; I never once was made to feel like my business wasn't appreciated. He even had me over to his home to meet his children and family before trial to prep me; and so we could be more "comfortable" with each other so we would be "natural" in front of the jury had I chosen not to accept the incredible offer he had gotten me. I don't know how he does it; but he gives everyone the same treatment, regardless of how "big" their case is. When I asked him why/how he does this, his response was what made me realize that he will always be my lawyer; he said "to you, your case is the biggest and most important case in my office; and that means that you deserve to be treated the same as all my other clients. Because to all my clients, their case is the most important; so all my clients are important to me...because I'm their lawyer and it's my job to help them through the hard times in their lives." I can honestly say I think of him as a friend now thanks to the way he treated me as a client...he deserves all the accolades he has been receiving, and I feel sorry for the lawyers who have to go against him in the Sandy Hook case. Because the dedication he showed to my simple car accident was astonishing. I can only imagine what he's going to do for those childrens' families
This review is from a person who hired this attorney.
Hired attorney

Couldn't have asked for more

We were in a deposition on my case with like 8 other lawyers, and I was being deposed, and asked like a thousand questions by all these other lawyers, and it felt like my case was slipping away, and I looked at Devin and he just put his hand on my mine and said "don't worry, I get my turn..." When it finally got around to him, he literally asked 5 questions, that he got by paying extremely close attention to details on the exhibits the other lawyers had introduced as evidence, and he caught that the dates were all wrong on them; that they were unreliable, and that the witness they claimed they had against me didn't speak any English and therefore couldn't have given any statements at the scene of the collision they were trying to blame me for, but in which I was seriously injured. 8 Lawyers and 3 hours of questions, and Devin unraveled the entire case against me in less than 10 questions. I swear to god I thank god I went with him as my lawyer, it's like you just can't put anything past him. And in the end, when it was over and I tried to thank him, he just politely said "I'm just doing my job making sure the truth comes out." He is truly deserving of his recent nomination as a SuperLawyer, and I would take him over all the other 8 lawyers in that room combined. It was truly amazing. He undid 3 hours of questions in under 3 minutes and turned the entire case around. I'm still awestruck.

I endorse this lawyer. He has excellent lawyering skills in both the superior court level as well as the appellate court level. I have had the privilege of working with Attorney Janasov on a number of matters with great success.