Anthony K. Ferguson is a seasoned trial and appellate lawyer with over three decades of legal experience. A lifelong resident of Lewiston, ME, he has been admitted to practice law in Maine since 1983. His experience includes recovering millions of dollars in compensation for accident victims throughout the state, including what was reported at the time as the largest ever personal injury verdict ($4.4 million) in Maine history.

The website Lawdragon has recognized Anthony as among the top one-half of one percent of lawyers in the country. He was recognized as a personal injury “Super Lawyer” by New England Super Lawyers magazine in 2011, 2012, 2013, 2014, 2015, 2016, 2017, and 2018. He has U.S. News & World Report’s “Best Lawyers in America” rating. He is also a member of the Million Dollar Advocates Forum and has been named nine times to the National Trial Lawyers Association’s annual list of the Top 100 Trial Lawyers. Martindale-Hubbell has assigned Anthony its AV Preeminent rating signifying that judges and other attorneys rank him at the highest level of professional excellence. 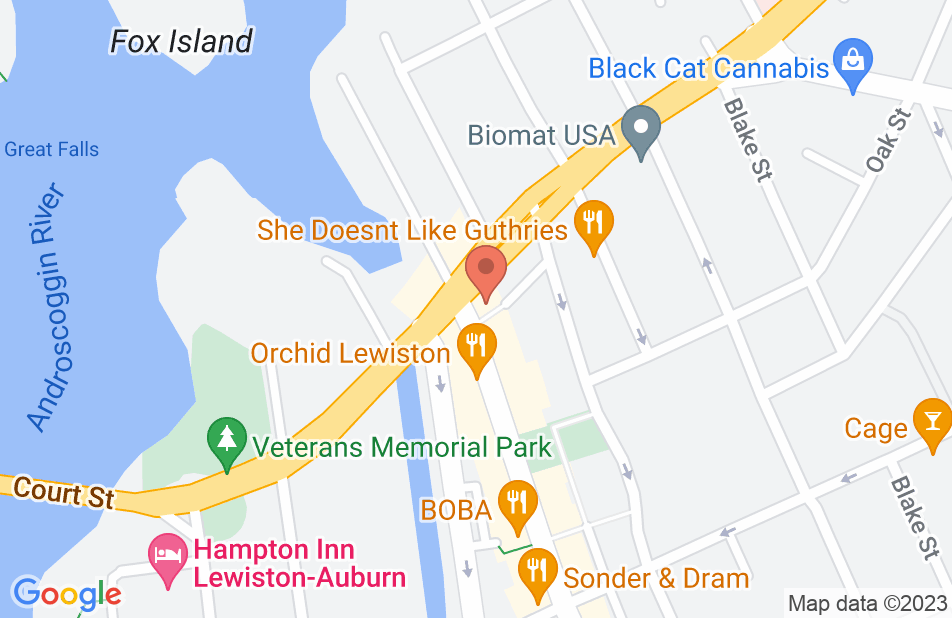 He did a great job took only nine months after her into treatment they been over backwards to get every penny he could out of them I ended up getting almost all of the policy liability for both insurance companies that were involved.
This review is from a person who hired this attorney.
Hired attorney

Excellent, concise, advice. I highly recommend this attorney.
This review is from a potential client who consulted with this attorney.
Consulted attorney

Atty. Ferguson listened to my concerns, efficiently reviewed my documentation and successfully gained a very positive outcome for me. He kept me informed at each step, utilized expert witnesses in the appropriate field, and kept a realistic expectation before me at all times. He always asked my approval before making major expenditures and provided me with financial statements that were clear and easy to understand. Atty. Ferguson is high on integrity, expertise, timeliness and is a wonderful person to work with. There is no other lawyer to whom I would prefer to entrust my concerns. He is the finest.

Mr. Ferguson was unbelievable! He was he extremely quick with responding. It did not matter when we contacted him, he was there for us. He was beyond patient explaining terminology we did not understand within our commercial contract. He never judged us for not understanding. Having his help during a stressful time truly made all the difference for our future. We would recommend him to anyone!

After getting turned down by those big name T.V commercial Lawyers here in Maine, I filled out a online form to find a lawyer to help me with my Personal Injury case from my Motorcycle Accident. Lucky for me I received a call from a soft spoken Anthony (Tony) Ferguson and right from that first phone call Tony had me believing that my case was worth fighting for unlike all those other Maine Law Firms that had told me my case wasn't worth enough for them to take on. If you are looking for a great Personal Injury Lawyer I strongly recommend that you contact Tony and the Fales&Fales Law Firm. With Tony and Fales&Fales you will find the most knowledgeable, trustworthy hard working group of people that make you feel like you are the most important person they are representing and they keep you informed from day one right to the end when you have won your case.

Gentleman lawyer who will fight for you!

Tony is brilliant and masterful with the law. But there is another side of him that you will love and I'll tell you why: When you meet him for the first time, you will think of an old school, quiet, soft-spoken & humble gentleman who will bring you coffee and make you feel welcome and relaxed, and he'll listen long and earnestly to your case without looking away or interrupting you. After he has summed it up in his head and looks quietly over your papers, THEN you see all those qualities combine with his passion for the law, his commitment to gain justice for your case; his research, logic, and analytical skills go immediately into action and he will not rest (he works late nights and weekends too!) until your case has been exhaustively represented. Tony goes above and beyond all the time. He is unbiased. He cares. He stays focused. He is truthful. He remains faithful to you and supports you through the entire process. I have had legal interactions with him over many years. I feel qualified to promise you, that you will not be let down or disappointed. He also have a life-long commitment to his community and serve (s) on city boards to make Lewiston a better place. He is the real deal. Give Tony a call. You will be so glad you did. It does not matter where you come from, what you have done, or what has been done to you. You will never be made to feel inadequate or be judged; you will be cared for and treated with dignity and respect and he will believe in you and fight for you. I am forever grateful he has been there for me during some really tough times. I would never go to any other attorney for advice and help. Someone like him is very very hard to find these days.

If your are viewing this web-site because you need and are looking for a personal injury lawyer, I believe that you need not look any further. That is because if Anthony K. "Tony" Ferguson from Fales and Fales Law Firm in Lewiston, Maine takes your case, you'll be represented by one of the best personal iInjury lawyers this state has to offer. Please note I have stated above "takes your case." That is also becasue if Tony" does take your case you will have chosen a lawyer who is not only smart and well versed in personal injury law; but one that will work his heart out to see that you are protected and compensated to the fullest extent of the law. In addition if honesty is important to you here is a rare find. In fact that is another one of "Tony's" virtues that impressed this writer as my case was handled throughout with the utmost honesty and integrity. It should be interesting to note, you'll find no loud expensived TV adds advertising this lawyer and his firm's services. What you will find however, is a quiet and resourceful law firm that is extremely professional handling your case as well as one that can be depend upon. Finally if this testimonial seems a trifle overly complementary, it wouldn't be if you had the experience I have had with this lawyer and his law firm over the years. Most Sincerely, Richard

I have known Tony Ferguson for the past 25 years. He is undoubtedly one of the very best and most respected attorneys in Maine. Anyone who needs a caring and intelligent lawyer who wins cases and secures valuable settlement should call Tony.

Mr. Ferguson is a highly experienced and well respected lawyer in the legal community. He consistently offers sound, practical, insightful and accurate legal advice in the Avvo forum.

Tony is an exceptional lawyer. He has the skills and tenacity to successfully handle difficult liability cases for injured Mainers. He is an aggressive advocate and knowledgeable counselor who has earned the respect of his peers in the legal community and the gratitude of his many satisfied clients. I highly endorse him.

Attorney Ferguson is in the top two or three percent of all lawyers in Maine. He is one of the few attorneys left that is truly a master of the courtroom. He can move seamlessly from the civil to the criminal side of the docket while performing at the highest level. His mentoring of new and young lawyers has greatly enhanced the quality of legal practice in Mane, and he is constantly called upon to give opinions on various matters as well as serving on legal committees that shape the future of Maine. I wholeheartedly endorse Attorney Ferguson unconditionally. He simply does a great job.

I endorse this lawyer. Attorney Ferguson is an extremely knowledgeable and effective attorney who has long been highly regarded in Maine's legal community...and he's not only a great lawyer, he's a great guy.