Catherine C. Miller, Esq. is the Founder of MILLER LAW & MEDIATION, LLC. Catherine is a former partner with the firm of Givertz, Hambley, Scheffee & Lavoie, P.A. in Portland, Maine, where she practiced exclusively family and divorce law.

Catherine is a member of the Maine State and New Hampshire Bar Associations.  She formally served as a member of the Cape Elizabeth Zoning Board of Appeals (2000-2003), a Board Member to the Cleaves Law Library (1998-2001), Executive Board Member to the Maine Guardian ad Litem Institute (2004-2005; and 2014 - present)), Maine State Bar Association Family Law Section (Chair 2006 – 2008), (Vice Chair 2005 – 2006), (Secretary 2004-2005), the Parent Coordination Legislative Subcommittee of Family Law Advisory Commission (2007-2008), a Board Member to the Thomas Memorial Library Foundation (2008 – 2010) and a volunteer supervising attorney at the Maine Lawyers Project Family Law Helpline (2008-2009).   Presently,  Catherine is  a Fellow with the American Academy of Matriomonial Lawyers and a member of the Maine Board of Bar Overseers Grievance Commission.

Over the past decade, Catherine has continued her studies with issues pertaining to children and families, taxes, finances, alternative dispute resolution, and conflict management. She is trained in the Collaborative Law model, a registered Guardian ad Litem, and a Certified Mediator. 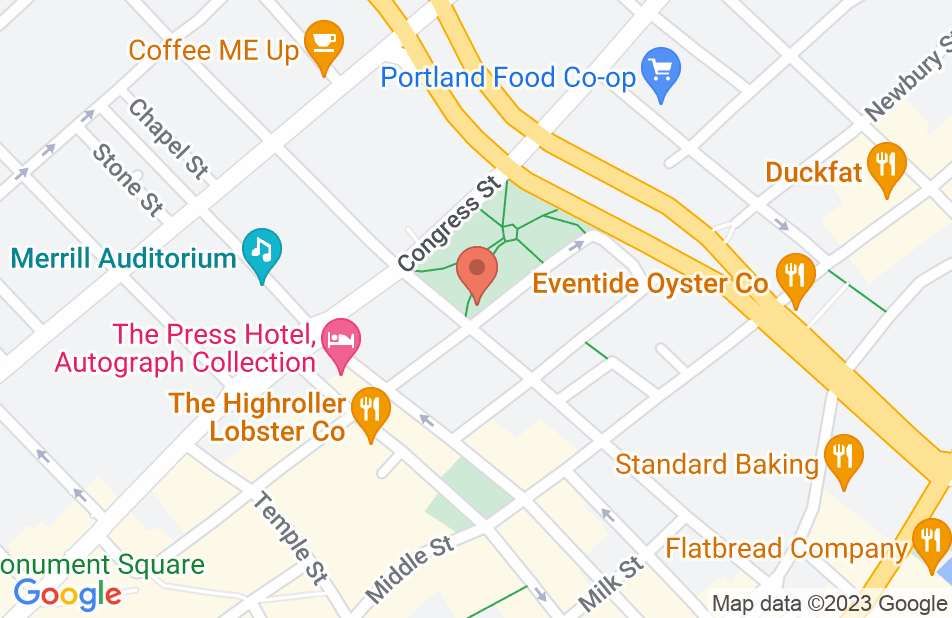 As time goes by I look back at the stress of separation and divorce, and I realize exactly how much Catherine Miller helped me make good decisions and land squarely on my feet. It has been over 4 years since I hired Catherine Miller to help me at the worst time of my life. I am beyond grateful for Catherine's kind guidance and firm advocacy. If you have children, Catherine Miller will be completely focused on their well being. During our initial conversation she recommended Kids First, a non profit program from which my children each benefitted. There was no pressure from her to settle on divorce, but in the interim between separation and divorce she provided an excellent custody agreement that spelled out clarity for living in a co-parenting family. As a professional, the separation and divorce was overwhelming given my need to balance single parenting and a demanding work schedule. Catherine provided excellent advice related to my personal circumstances. I had no idea how my decisions would impact my future security and she provided outstanding guidance and expertise. Most importantly, Catherine remained a resource to me when a few issues arose years later. She responded within 24 hours and provided insight and clarification on my rights and choices given the new circumstances and the existing settlement agreement. She has always asked me within the first few minutes of any conversation, "and how are the kids?". Having experienced it firsthand, I am saddened to think of what families go through during divorce - once the reality of separation hits you, having Catherine Miller as a supportive lawyer can help with the transition into a peaceful and healthy family. Today my life is peaceful and productive. My children are well adjusted. We consider ourselves a very happy close knit family.
This review is from a person who hired this attorney.
Hired attorney

Any time someone has to engage the services of a lawyer, the stress level is high. We owe Catherine our appreciation, not just for her unflappable and tenacious approach to a steady stream of legal challenges and complexities, but for her steady hand with us, the family. She helped us to find some sense of normalcy in the midst of often overwhelming fear and sadness. There were times when there were more hands in our lives than we could have imagined. Someone from an agency or a court or any one of a series of therapists would impact my niece's and nephew's lives with a slight shift in perspective. Very often it was somebody's subjective interpretation and not always in the children's best interest. Catherine was "on it" all, she kept us steady and hopeful. Catherine is exactly the lawyer we needed in the courtroom. She handled herself with grace a power. Hard combination in my book. She was on point throughout the trial. She walked into the courtroom prepared and everyone knew it. She is honest and demonstrates calm and confidence. At the end of the day, most of what a great lawyer has to do is support a client in doing the right thing. Catherine did all of that and more. And the outcome! Our entire family will be forever grateful for what she has made possible. With her support and knowledge, we are now on the "other side". Returning to life that is settled and filled with normalcy. Pretty outstanding accomplishment. If you are needing the services of a lawyer, then I strongly encourage you to consider Catherine. Equally important in my book is an efficient staff that works behind the scenes. Catherine's staff is strong and super efficient. Always kind and very respectful whenever we called or needed help. They are wonderful and work well as a team.

Catherine was recommend to me by Kids First of Maine and she is an outstanding lawyer. She is extremely professional, knowledgeable and assertive. While being attentive, Catherine genuinely seems to care about her clients on a personal level. She helped me explore the best possible solutions for my situation and everyone involved, well before we had to go into the court room.

I endorse Attorney Miller. Catherine is diligent, knowledgeable and thoroughly experienced in all aspects of family law, which enables her to effectively mediate cases to help parties avoid litigation.