Criminal Defense Litigation for over 20 years.

Attorney Joanne M. Stella has been representing clients in New Hampshire since graduating from Boston University School of Law in 1993.  Over 20 years of outstanding and compassionate criminal defense and civil litigation.

During law school Attorney Stella was a research assistant to a law professor working on Title VII and IX Sexual Harassment laws.  She spent her first summer interning for an International Dispute Resolution Firm in London, England and spent her second summer working for the Alaska Public Defender’s Office where she gained a passion for representing those falsely accused of crimes.

Upon graduation and up until 1996 Attorney Stella worked tirelessly as a court appointed counsel for indigent defendants in the criminal courts.  As a New Hampshire Public Defender her caseload included felony level sexual assault and drug cases as well as misdemeanor criminal offenses and juvenile delinquency offenses.

After leaving the Public Defender’s office Attorney Stella began her own practice as the contract attorney hired to provide legal services to all full-time students at the University of New Hampshire (UNH).  During her 18 year tenure as the UNH legal services attorney she has represented over 9,000 students.  Many thousands of those cases involved drug and alcohol offenses, as well as the litany of criminal offenses often connected to the use of substances such as DWI, Possession of Fake IDs, Simple Assault, Resisting Arrest, Underage Intoxication, etc.  Attorney Stella has experience representing those charged locally by the Durham Police, UNH Police, Dover Police, New Hampshire Liquor Law Enforcement Officer and New Hampshire State Police as well as representation in the surrounding communities such as Newmarket and Portsmouth.   In addition to guidance in their criminal cases, UNH students received expert advice from Attorney Stella on the collateral consequences affecting their status as a student for such things as financial aid, scholarships, study abroad, disciplinary matters, immigration issues for international students and the potential impact on future employment.  Attorney Stella has the knowledge and experience to guide young adults through this maze of sanctions that can occur as a collateral consequence of being arrested.   Also, during her time at UNH Attorney Stella counseled thousands of students involved in landlord tenant disputes and twice argued their cases successfully in the New Hampshire Supreme Court.

Attorney Stella has tried hundreds of cases, both criminal and civil, and everything in between from Supreme Court appeals to motor vehicle hearings.   She has represented thousands of clients and has a proven track record of success.  Attorney Stella always provides a free consultation and will take the time address each client’s needs expertly and with compassion. 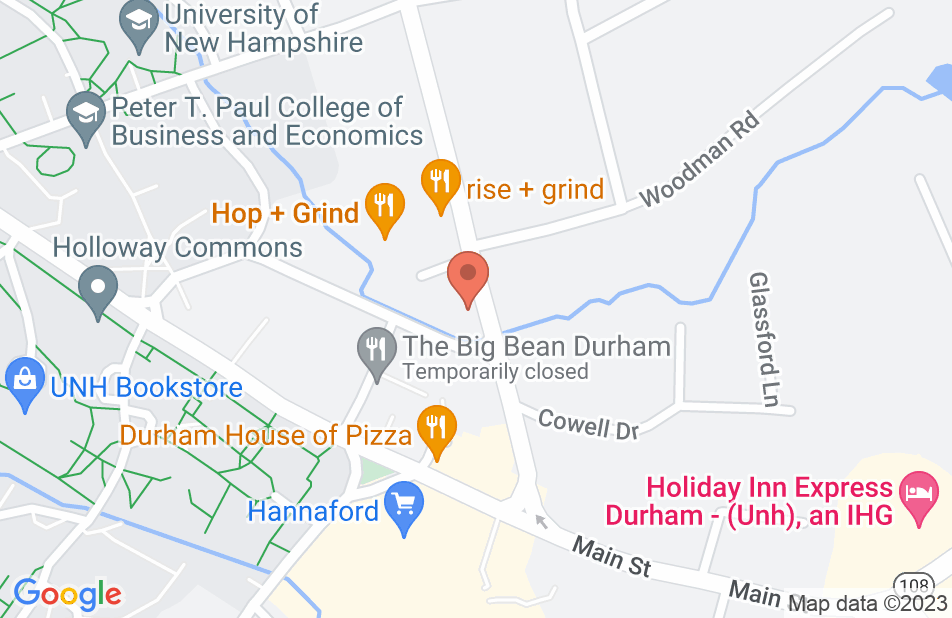 There are absolutely no words to describe how amazing of a job she does. From being kind to being utmost professional, there is no other lawyer I would want to go to for traffic incidents besides her!
This review is from a person who hired this attorney.
Hired attorney

I hit a parked car at night and didn’t know what to do, so I left (dumb I know now). When I called the cops the next day, unfortunately it was too late. She was able to bring this class b misdemeanor (“hit and run”) down to a moving violation. She was not only insightful and kind, but extremely professional and smart.
This review is from a person who hired this attorney.
Hired attorney

In 2019 I made a poor decision which resulted in being charged multiple misdemeanor A charges. A 2nd degree DUI, 2 counts of conduct after accident in two separate counties and a obstruction of justice. I worked in the technology field so getting myself into this mess was devastating. Throughout the process Ms. Stella had informed me of all information throughout the process and never gave any false hope. She encouraged me to still just focus on myself while she proceeded with the legal side of things. She had initially reached out with the first charges being pursued by the prosecutor and I pleaded to push for less. She agreed but had also reminded me that what I did was quite severe. In the end the Original agreement and the agreed upon plea were quite distant I was happy to accept and proceeded. After things were complete Joanne still followed through and still insisted to help until all my legal stuff was done and through outside the courtroom. With her efforts I was able to get back working in my field of study and owe it all to Joanne. I would highly recommend her to anyone who needs any legal help. Not only will she work her hardest but she will be completely blunt and honest while pushing you to just better yourself.
This review is from a person who hired this attorney.
Hired attorney

Awesome lawyer. Very knowledgeable. She knew exactly what to do with my case and how to get me to the best outcome. She made the whole experience much less stressful. Would recommend to anyone!
This review is from a person who hired this attorney.
Hired attorney

My lawyer did great exactly what she said she was going to do saved my career pretty much.
This review is from a person who hired this attorney.
Hired attorney

Joanne Stella was a great attorney! She is always available over text, email, or in person! She helped to get my charges dropped, wouldn't have been able to do it without her!
This review is from a person who hired this attorney.
Hired attorney

Joanne was very helpful with her services, she was very easy to contact, smart and good at cutting to the chase with all matters. She is an excellent attorney and a no brainer choice for anyone who is seeking legal help!
This review is from a person who hired this attorney.
Hired attorney

Very professional and knowledgeable about cases regarding college life, and was able to help me fully with no complaints.
This review is from a person who hired this attorney.
Hired attorney

Made the whole process painless

Joanne was wonderful. She was always available whether it be via email, phone, or in-person. She had great advice and put my mind at ease with all the legal jargon and stressful processes that I knew nothing of. I had complete faith in her with my case and feel grateful that I had such a trustworthy and understanding attorney during a really difficult time.
This review is from a person who hired this attorney.
Hired attorney

She did everything in her power to help me have the best chance at a good future. Also she fought every step of the way no matter how bad it looked in the beginning. She constantly checked in with me throughout the whole process and gave me hope. I will always be grateful to her.
This review is from a person who hired this attorney.
Hired attorney
See all reviews

Theodore Lothstein, DUI and DWI Attorney on Oct 30, 2015
Relationship: Worked together on matter

For over two decades, I have known Jo Stella to be a very dedicated, skilled, persuasive courtroom lawyer. I've seen her represent many college students in trouble for drug and alcohol offenses, obtaining excellent results for her clients. I highly recommend her.

I endorse this lawyer. Joanne is a fantastic lawyer and a diligent defender of her clients. She is highly respected by her peers, including prosecutors. She deeply cares about her clients and this quality combined with her high intelligence makes her a formidable opponent.