Nick Wright brings a variety of experiences to Bouchard, Kleinman & Wright.   As a counselor for abused and neglected children, he learned the importance of zealous advocacy for the rights of others. As a community worker in Belfast, Northern Ireland, he realized the necessity of being both a good listener and a   persuasive speaker. Before joining us in 1999, he was a research assistant in the House of Commons in London, England, where he learned that good preparation is the key to success in any venture.

As a lead trial attorney for Bouchard Kleinman & Wright, P.A. Attorney Wright has represented hundreds of clients in New Hampshire District Court, Superior Courts and the New Hampshire Supreme Court. He also routinely practices in New Hampshire’s federal district court. Attorney Wright has represented clients on a variety of claims including products liability, construction litigation, personal injury, subrogation, consumer protection and landlord and tenant matters. He has represented individuals as well as some of the largest insurance companies in America. He brings the same dedication to detail and zeal for advocacy to all his cases.

Since joining the firm Bouchard, Kleinman & Wright, Nick Wright has also developed a niche practice in the area of fire litigation. Attorney Wright is a member of the National Fire Protection Association and attended the Institute of Fire Science to study the cause and origin of fires. He enjoys getting his hands dirty when investigating a fire, crawling around with his investigators to get all the evidence possible from the scene whenever possible. He then uses the information he gathers in his representation to marshal the facts and present a strong argument on his client’s behalf .

Attorney Wright has been successful in garnering both jury verdicts and settlements worth hundred of thousands of dollars in fire loss cases. He routinely handles large loss subrogation claims stemming from fires for numerous insurance companies. With the special knowledge he has developed, he has defended numerous businesses and individuals when accused of causing a fire. Attorney Wright’s understanding of fire science and strong network of experts in the field of fire science allow him to bring the appropriate expertise to the particular facts of each case.

The attorneys of Bouchard, Kleinman & Wright have the background and experience to handle all aspects of a case, through trial if necessary, to a successful conclusion. Throughout your experience with Nicholas D. Wright or any of the attorneys of Bouchard, Kleinman & Wright, P.A., you'll come to appreciate the firm's " Professionalism With a Personal Touch." 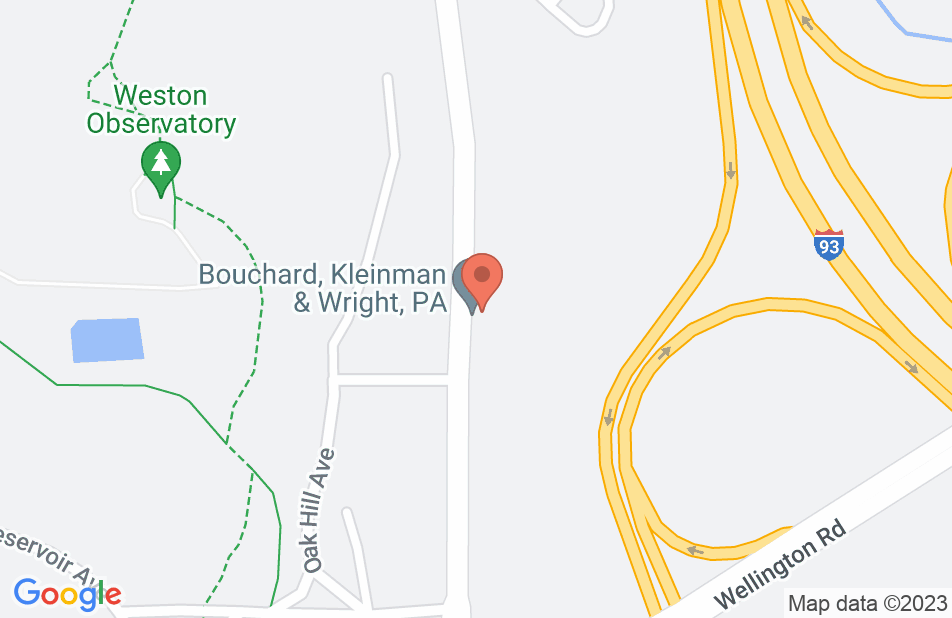 The Top Of The Crop!

Not only was Nick Wright the most professional and bright representation which one could acquire, but this is a man who is more aware of the system and its laws and the people who attempt to navigate such in any way. Nick under promises and over delivers, and he is a master in his craft!
This review is from a person who hired this attorney.
Hired attorney

I would certainly recommend Nicholas Write Esq. for any legal issues. He has helped me and my family out in a couple different situations with outstanding results. Nicholas was very empathetic to our situation, very thorough and very diligent. He explained my options, and worked with me to help determine which was the best option for me and my family. Mr. Write did a great job for us and I am confident he will do the same for anyone else.

Nicholas Wright is a professional and dedicated Attorney. He was very trustworthy, and empathetic to my situation. I would highly recommend him to others.

Client for over 10 Years

Nick has been my personal attorney for ten plus years. He's provided me with professional counsel in the areas of real estate, insurance, property management, estate planning, and injury. He's consistently supplied me with expert guidance on a broad assortment of issues with timeliness and care. Nick is an intelligent, trustworthy, knowledgeable, and dedicated individual. He comes highly recommended.

Nick has been my lawyer for years. I always get prompt responses and very informed answers whenever I need Nick's services. We have used Nick's services in a couple different areas, including estate planning, family matters and landlord -tenant issues. I highly recommend Nick.

I endorse Attorney Wright. He is a highly skilled lawyer and well respected in the legal community.

A good lawyer who will fight for you!

I first met Nick when he was assigned to a case of mine, after my client got countersued. Nick was great to work with, extremely knowledgable, and he has excellent trial skills. I would welcome the opportunity to litigate another case with him.

I endorse this lawyer. Attorney Wright is one of the brightest attorneys that I know. He is an excellent trial attorney. He is able to think outside of the box. He can see and present issues with effortless ease. He possesses the great combination of smarts, courage, professionalism and compassion. Attorney Wright is an exceptional advocate.

I have known Nicholas Wright for more than 15 years, first when he was an associate in a firm in which I was a partner, later when I served as mediator in personal injury cases in which he represented a party. I have always found Nick to be an extremely competent, professional attorney whose work I would recommend without reservation.