Jim is admitted to practice in all state and federal courts in New Hampshire, as well as Massachusetts, and is also admitted in the United States Supreme Court.

Among his many civic and charitable activities, Jim is the past Chairman of the Keyspan Youth Leadership Program.  He serves on the Advisory Board of Manchester Community Television and is past Chairman of the Manchester Chamber of Commerce Leadership Alumni Association.  In January, 2000, Jim was recognized by the New Hampshire Bar Foundation and was presented the prestigious Robert E. Kirby award for demonstrating the traits of civility, courtesy, perspective and excellent advocacy in the practice of law.  In 2001, Jim was recognized by the Bar Association for distinguished pro bono service. 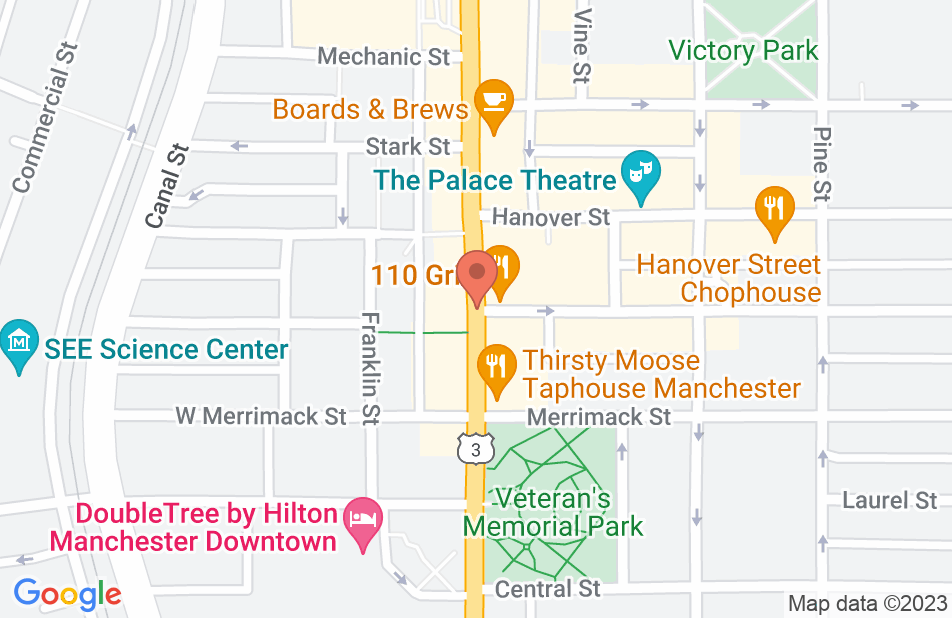 Jim represented me in a terrible custody battle in which the odds were vastly against the outcome I was looking for. He worked on my behalf tirelessly and he let me know all the way by his work and actions that my interests and the interests of my children were protected. Jim is very hard working, very reliable and detailed oriented in his work and will take extra steps to ensure that he understands your situation. He is very responsive and there is enormous reassurance in knowing that your lawyer will return your calls quickly and will explain things clearly. I believe that one of the qualities that sets Jim apart from other lawyers is his tremendous ability to understand people and situations. I remember being in Court with him representing my case to the judge. The way Jim told my story was the way I lived it myself. It was so true and authentic that in my heart of hearts I do believe that his ability to relate to me on a human level and tell my story from that perspective is what won that day, and not just the facts of the case. This exceptional quality was also obvious in many other instances, such as mediations and interactions with other lawyers and experts involved in the case. In many ways, the words fall short from relaying how grateful I am to have Jim as my attorney. If anyone wants the certainty that his or her interests are protected by a remarkably smart, very experienced and always very well prepared lawyer, that would be Jim Tenn. A very happy and grateful client.
This review is from a person who hired this attorney.
Hired attorney

Paul from NH, used for divorce.

Jim is an OUSTANDING divorce lawyer, and a very thorough attorney. He can go against any opposing counsel, make you feel safe, that youwere treated fairly, and represented well. He was efficient, and can roll up his sleeves to get the work needed to be done. Jim, and his staff are an asset to have in your corner. He will make you feel confident, with his firm representing your needs, as he did for me.
This review is from a person who hired this attorney.
Hired attorney